Over the years I’ve seen a number of Touhou fan games make their way to Steam. Some of these have been pretty well-received, but the vast majority have not, usually do to just how low-effort they are. As such, I had to check out Azure Reflections, a Touhou fan game that actually looks like it had some effort put into it.

So, right off the bat, Azure Reflections sets itself apart from similar fan games in that it is played just like the main Touhou games, but horizontally instead of vertically. The same danmaku gameplay is there, you’ll just be dodging them from a different point of view. Each level is laid out in pretty much the same pattern, with the player advancing through a certain area and dodging numerous enemies and bullets until a boss shows up at the end.

The actual gameplay mechanics are pretty decent for the genre. There’s a barrier mechanic that allows you to absorb bullets and take down enemies if enough are stored, a spell card mechanic that eliminates all bullets on the screen and drops a ton of loot, and a last resort panic button that destroys nearby bullets. As someone that’s not really that good with the genre, these mechanics at least allowed me to stand a chance on normal mode.

And then there’s the game’s production values. Azure Reflections sports some cool level backgrounds, high-quality character art and 3D models, and even full voice acting. If it didn’t already set itself apart with its shift in gameplay perspective, it definitely does with its production values. You’re even able to equip characters with accessories that not only alter their appearance in-game, but also add special abilities and buff existing ones. 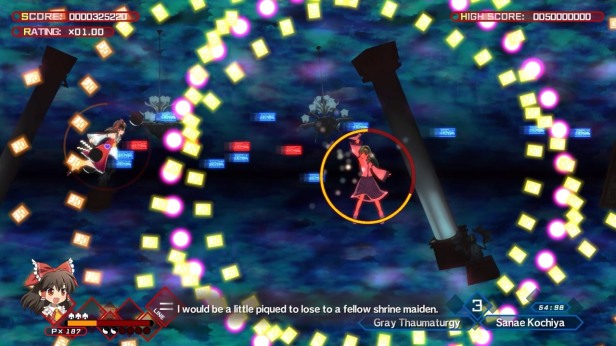 However, the game isn’t perfect. Bullets are oftentimes hard to tell apart from item pickups, several of the game’s levels reuse the same background, and some boss attacks are honestly just unfair. It’s hard to dodge such attacks when they fly out so fast that you don’t have any time to move, you’d have to position yourself before they even come out. It’s definitely a game that emphasizes replayability in this regard, as it pretty much expects you to memorize certain attack patterns.

Regardless, I had a fun enough time with Azure Reflections to warrant recommending it. Fans of danmaku games will find a lot to like here, from its perspective shift, to its barrier mechanic, and, of course, its higher production values. It’s definitely a step up from similar Touhou fan games if anything. 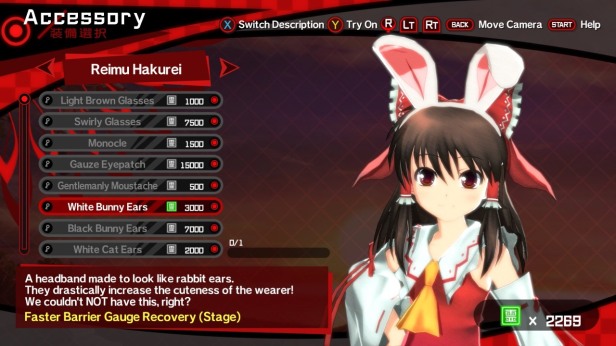 You can buy Azure Reflections on Steam here.