The world’s greatest pool game is finally here in the form of Pool Panic, a pool game where players control a sentient, walking cue ball. The game features some incredibly creative level design and a vibrant game world, but lacks in the settings department and has a few control issues.

Creative level design. Pool Panic advertises itself as being “the most unrealistic pool simulator”, which I would have to agree with. While the core mechanics one would expect from playing pool remain, each level puts some sort of creative twist on that formula. There are levels that have the player taking on completely different games, but with a pool twist. The air hockey level, for example, has the cue ball placed on the striker and is then moved via regular movement (WASD) or by striking it with the cue stick, making it slide much faster. Even with more traditional pool levels, there is always some small gimmick to shake things up. The game has over 100 of these levels (double that if you include the harder variants) and I was constantly impressed by just how creative they got.

Vibrant game world. The game world here is easily one of the best I have seen as of late. The world is not only packed full of stuff to do, but filled with so much detail that it is honestly baffling. There are biker gangs, giant spiders, and houses adorned with cheese just to name a few. Much of this detail even ties in with the game’s levels, with the three I named all having an individual level dedicated to them. The game world is also pretty big and is divided into several smaller areas. There is the forest area, the beach area, the medieval area, etc. Of course, levels are scattered throughout these various areas and all have traits unique to said areas. The medieval area, for example, has a level that tasks the player with jousting. I wish that more games would include such detailed game worlds; Pool Panic was really a breath of fresh air in that regard.

Excellent ball variety. The creativity that went into the level design also went into each of the game’s characters, most of which take the form of some sort of legged pool ball. The game introduces several variants over the course of the game, including some with arms, some that ride horses, or even some that take the form of animals. Each type has its own unique traits as well. The armed ones pick up and throw the player when he/she gets to close, for example. There are other types that run away when looked at, dodge to the side when struck at, or even cause micro-earthquakes when hit. The game even includes some bosses. This variety can lead to some pretty interesting level setups and it was always fun to see a new type introduced. 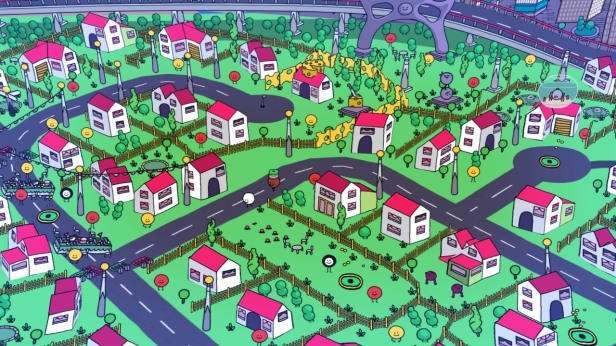 Extremely lackluster settings menu. Upon opening the options screen from the game’s main menu, the player is presented with four options: invert aim, vibration, mute music, and language. There are no advanced audio, graphical, or even control settings. I even poked around for some sort of text-based config file outside of the game and could not find one. The advanced audio settings I can do without, but the graphical and control settings are a must-have. This is 2018, all games should allow, at a bare minimum: window and fullscreen options, different resolution sizes, and completely rebindable controls, all being configurable from in-game. This is what one should expect from all new PC game releases, yet here we are.  Note: One of the developers has told me that you can in fact access the Unity launcher by holding SHIFT while the game is launching. This allows resolution and window options as well as control changes. The control menu does need a bit of work (there are over 100 control options for things like “analog 19” and Fire3, the latter of which was not even used in-game), but at least the option is there.

Annoying lock-on controls. I tried both controller and keyboard and mouse controls while playing but quickly gave up on the controller as aiming was a bit difficult, although not completely unmanageable. However, with both control methods, the game freaks out whenever the player locks onto a ball and then tries to maneuver the cue stick away from the locked-on target. At that point, it becomes very difficult to change where the cue ball is going and it definitely does not help that the game does not allow shots to be canceled. If shots could be canceled, then this would not be an issue, but as it stands I had to either avoid locking onto targets or be absolutely sure of where I wanted to go before taking aim.

Pool Panic definitely knocks it out of the park when it comes to creativity. The levels are fun, the game world is vibrant, and the ball variety is vast. Despite this though, the game does lack a real options menu and the lock-on mechanic can be annoying at times. Even so, I give the game my recommendation. It is easily the best pool game I have ever played.

You can buy Pool Panic on Steam here.