After numerous patches, Ys VIII: Lacrimosa of Dana is finally in a playable state. This is great news, as what lies underneath the few remaining technical issues is a fantastic JRPG.

Very satisfying combat. The Ys series is known for its combat – a more action-oriented take on traditional JRPG combat. All of this combat is done in real-time, with Ys VIII offering a number of mechanics to keep it interesting. The major mechanic here being the skill system. Even towards the end of the game, my party was still picking up new skills, so there is definitely no shortage of them. Four can be equipped at a time per character, so the player has quite a few options for customizing his/her combat experience. For example, some skills cater more towards those that prefer ranged attacks, while others encourage jumping right into the fray. This experience is further customizable by the party system. The active party is made up of three characters, with excess party members being put on standby. Each character is assigned a damage type, with different rewards being offered depending on the combination of types used. I went with a balanced approach – one of each damage type – and had increased rare item drops as a result.

It is not just the customization that makes the combat fun though, it is just as satisfying on its own. Hits actually feel impactful, dodging and guard breaking are rewarding, and the overall controls are very intuitive. The combat never really grew repetitive either. In fact, I was surprised when I unlocked the “Beast Buster” achievement for defeating 2000 enemies because it did not even feel like I had been playing the game for that long. It has been quite some time since I lost myself in a game like this and I would say that is largely due to just how much fun the combat is.

Wealth of content. Ys VIII is also just loaded with stuff to do, with a lot of it being outside the main storyline. The storyline itself is pretty lengthy though, around 30-40 hours or so. However, over the course of the game, a variety of different gameplay systems are introduced to offer a distraction from this storyline. Raids and hunts being two of the major ones. Although both being optional, they serve as a good source of items for crafting and such, pretty helpful for those wanting to max out their weapons and defenses earlier. A number of other, smaller mechanics also add to the experience, such as the fishing and character approval systems. Again, these are optional, but add a lot for completionists. These different additions do not feel out of place, nor do they grow too repetitive. I can easily see myself dumping another 50 or so hours if I wanted to 100% the game.

Interesting story. Rarely do I find a game outside of the visual novel genre with a great story, so Ys VIII was a bit surprising in that regard. The story setup may be rather simple, but the mystery surrounding Seiren Island and the main character’s strange dreams had me intrigued throughout. The game does borrow a number of anime tropes, but they do not detract from the experience. It maintains a pretty consistent quality and I never felt inclined to just outright skip through the dialogue.

Excellent soundtrack. The soundtrack being good is pretty much a given, as it does come from Falcom Sound Team jdk. I cannot recall ever listening to a soundtrack of theirs that disappointed and Ys VIII is no exception. The JRPG atmosphere is perfectly captured across the wide variety of tracks, from high-energy battle themes to more mellow, tropical tunes, fitting for the game’s deserted island setting. In fact, my favorite track was of the latter type, titled “The Drifting Village”. 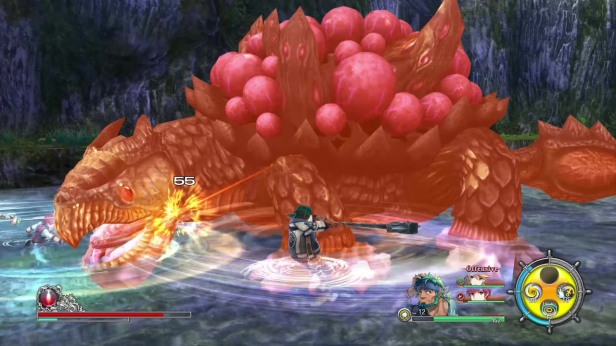 Technical issues. I waited two weeks after the game’s release before trying it out, due to the state that the game was in at the time. Fortunately, I did not run into most of the issues people were discussing on Steam, but I still had a few issues. The main one being some odd slowdown and freezing issues during dialogue sequences. This issue was supposedly patched (on May 2nd), but I still encountered it even after that patch. The issue did not occur too often, but was rather annoying when it did happen. Outside of that, I did experience a complete crash once (sometime during chapter 2). It was a one-time thing, but it is still worth noting regardless. There have been consistent patches since the game’s release (every weekday actually), so I imagine that these issues will get sorted out in the near future.

Some flat characters. I may have praised the game’s storyline, but it is not perfect. The game has a number of rather dull characters, as if they were put into place just to have a character of that archetype in the game, rather than to introduce another interesting character. The game does attempt to characterize them a bit, especially with the inclusion of a “people” section in the journal, but even that was not enough to save these characters from mediocrity. 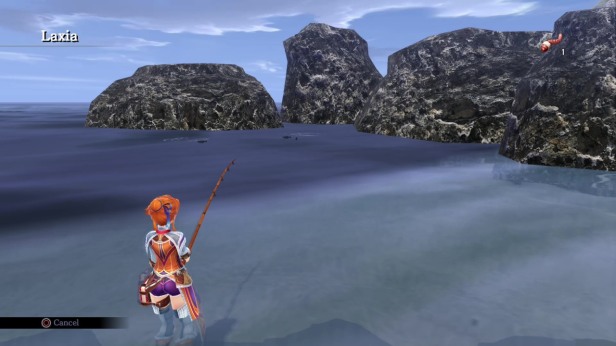 Although a few technical issues do still exist, Ys VIII: Lacrimosa of Dana is still a fantastic JRPG. The combat is fun, the story is interesting, the soundtrack is excellent, and there is a ton of content to wade through. It is easily the best JRPG to come out this year and definitely earns my recommendation. In fact, I would go so far as to say that it is my favorite 2018 release. It is just that good.

You can buy Ys VIII: Lacrimosa of Dana on Steam here.