Note: I have not finished the game (it is a 50-hour or so JRPG after all), so this review is based on my experience thus far. I will update the review if anything changes upon completion.

Interesting combat system. One thing Compile Heart seems to always get right with their releases is just how different the combat systems are between them. It is not just your regular turn-based combat copy-pasted between the different games. Dark Rose Valkyrie basically takes Omega Quintet’s combat system and shakes it up a bit. It retains the turn-based combat, but does so in real-time. It is also quite a bit more complex, with the addition of formations, combos (that the player has to create themselves), charging, etc. It makes for a pretty cool combat system, even if it brings with it some flaws.

Repetitive gameplay. My main complaint with the game is just how repetitive it gets and how quickly it takes to get to that point. Despite how cool the combat system may be, by chapter 2 I was already bored of the game. One feature Dark Rose Valkyrie has over Omega Quintet is that of the auto battle toggle. This is an incredibly helpful feature for a JRPG, but it just goes to show how all of the extra features added into the combat system here are not even necessary. I was able to use auto battle in just about every scenario, only stopping when faced with a boss. Even then though, I just spammed arts attacks until the boss died. This was on normal difficulty though, but I had expected more of a challenge.

It was not just the combat either, the formulaic quest system also furthered this sense of repetition. The game’s progression goes something like this: first is a story event, then the player is given several random quests, upon completion of those quests the player is given a story event and a story quest ending with a boss, then repeat the cycle. Omega Quintet was also victim to this setup, but it really shines here in Dark Rose Valkyrie.

FPS stuttering. There are some minor FPS stuttering issues that are worth noting. When entering new areas or when entering a battle, it would take some time for my FPS to stabilize. This is on top of the long loading times that already plague the game. This is especially annoying when one is grinding for EXP or drops, due to how slow the battle loading can be. I saw that many users are complaining about “unplayable” FPS stuttering, so maybe I was just lucky that it only affected me after loading new areas or battles.

Lackluster graphics. I honestly thought that Dark Rose Valkyrie was ported from the Vita and was surprised to learn that it was actually ported from the PS4. The graphics are something one would expect from a Vita game, not a full-fledged PC (or even PS4) game. These graphics are very noticeable when one looks at the game’s different environments. Buildings, roads, vehicles, etc. all have very low-res textures and just look blurry. Even the player models can look subpar at times, especially when out in the field. I really just do not understand why there was such a large visual downgrade between Omega Quintet and Dark Rose Valkyrie, despite the two sharing assets (particularly with the enemy models) and being separated by a two year release gap in Japan. 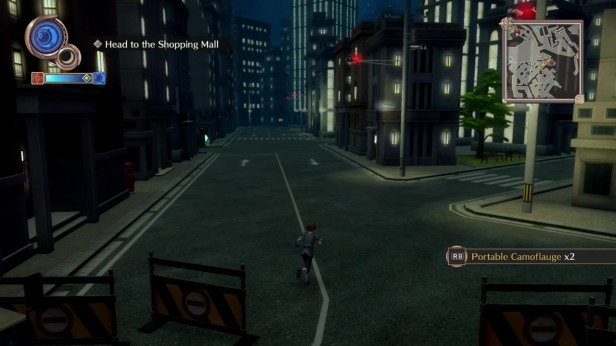 Despite the cool combat system and character designs, Dark Rose Valkyrie simply lacks in several other areas. The gameplay grows repetitive, the optimization is not the greatest, and the graphics are rather subpar. I would really just recommend Omega Quintet over this one, as it is better in just about every regard. However, die-hard fans of the Compile Heart formula would most likely feel right at home with Dark Rose Valkyrie.

You can buy Dark Rose Valkyrie on Steam here.