Thanks to Bear & Cat Studio for sponsoring this article/video.

I am not really one to play Asian mobile games, especially because they are often full of pay-to-win elements, lootboxes, energy systems, etc.. As such, I was skeptical about Legion War, as it is based on one of these games. Fortunately, the game proved me wrong, as it had none of those elements and instead provided a fun, casual turn-based strategy experience that kept me entertained for several hours.

Before I dive into the actual game though, I should mention the game’s tutorial. Legion War provides a no-nonsense tutorial, giving the player tasks to complete and providing a little question mark next to these tasks if further instruction is needed. There is no unnecessary story setup, dialogue, or other gimmicks keeping the player from the gameplay, the tutorial pretty much just drops you right in. I quite liked this approach, as it allowed me to get the hang of the game’s mechanics quickly before jumping into an actual match.

After messing around in the tutorial for a bit, I went ahead and started a custom game in order to pick up the rest of the game’s mechanics firsthand. The gameplay is simple enough to make this possible, but it does not feel overly simplified. It plays like a more casual Civilization game, a lot like the iOS version of Civilization Revolution. You have your units, buildings, research, the game’s equivalent of a policy system, and even a magic system that can assist in combat or with development. 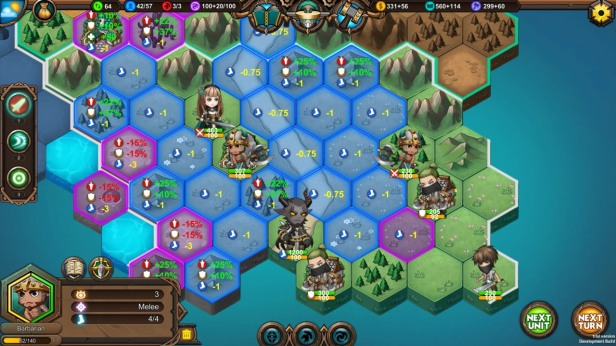 The magic system in particular adds a entirely new layer to the combat I have come to expect from games like this. Not only do I have to pay attention to and worry about an enemy’s physical units, but I also have to keep in check the amount of mana they may have at any given time. If I don’t, I may end up getting smited mid-fight, or have my efforts put to waste by a massive group heal. Granted, I also have access to such spells, but I liked the additional depth the mechanic provided.

All of these elements (magic system included) work in tandem with each other to provide a nice overall sense of progression and scale. I was several hours into my first match and still discovering new stuff to the game, which I thought was pretty surprising given the game’s deceptively simplistic look.

Outside of the gameplay, Legion War does still have some issues, primarily with its English localization. While the translation is understandable, the English used is very rough, full of all sorts of different types of grammar issues. Sentence structure, word choice, and punctuation could all really use another QC pass. On top of that, while the game does have keyboard shortcuts, the keyboard shortcuts present are pretty basic and could use an improvement. For example, being able to jump between certain units assigned to different keys would be very handy. Fortunately, the game is in Early Access and the developer has already made several steps towards bettering the translation, so hopefully these problems will be resolved with time. 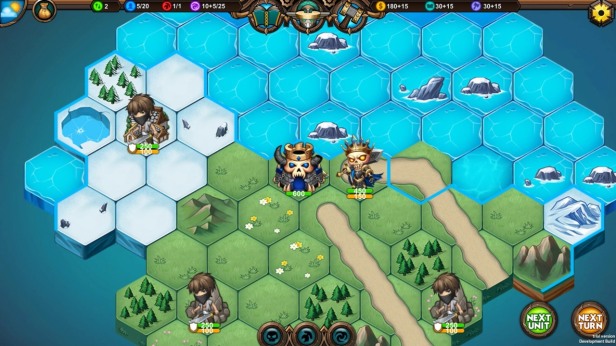 Graphically, the game does not look that bad, especially given that its adapted from a mobile game. However, if you do zoom in all the way, the assets do look a bit blurry, but fortunately I never really needed to do so, I pretty much played zoomed-out the entire time. With regards to the game’s music, it is passable, but the soundtrack is pretty limited, so you’ll end up hearing the same track over and over with time.

Overall though, I have to say that Legion War surprised me. Given its mobile origins and the fact that it is in Early Access, I was not expecting to play it for as long as I did. Although the game appears to be rather simplistic, the gameplay was actually pretty involved. It’s not up there with Civilization and the like, but it does a decent enough job as a more casual experience. Even so, there are some issues that need patching, especially the English localization and the lackluster keyboard shortcuts. The game is still in Early Access, so hopefully these issues get patched with time.

You can buy Legion War on Steam here.

I played this game as a result of a sponsorship. Read more about how I do my game reviews and impressions here.