Jalopy is a fairly unique driving simulator, tasking the player with taking an old, worn-down car on a trip through the territories of the former Eastern Bloc. The simulator mechanics are solid and the upgrade system is cool, but the game suffers greatly from its numerous game-breaking bugs and boring level generation.

Great simulator mechanics. Being the driving simulator that Jalopy is, having good simulator mechanics is a must. Fortunately, Jalopy does a pretty nice job in this area. The driving, for the most part, feels pretty realistic. Weather conditions affect how difficult it is to drive, car parts wear down over time and need maintenance, and weight plays a big role in movement. For example, having a trunk full of heavy objects causes the back of the vehicle to be weighed down, putting more stress on the rear tires, resulting in them wearing down faster. It is little details like this that really help to better the simulation aspect of the game.

Cool upgrade system. The game manages its upgrade system in a very cool way. The player is given a little bit of cash and a vehicle at the start of the game and is basically set loose. During the driving sequences, crates and boxes full of items can be found lying on the side of the road. These containers can then be looted, their contents stored in the vehicle, and then sold at the next available gas station. Using the money earned from doing so, the player is then able to upgrade his/her car in a variety of ways. The engine, fuel tank, battery, air filter, etc. can all be upgraded and customized to the player’s liking, with other permanent upgrades, such as additional cargo space, mud guards, and lights, also being available. The process was quite fun and I spent a lot of time customizing my vehicle just the way I wanted it (with a focus on speed of course).

Boring level generation. The world is procedurally generated, but it certainly does not feel like it. During some drives, it was not uncommon to leave a city and go down some road only for it to repeat itself again later on. As in, the road and all of its corresponding turns and terrain features would be copy-pasted and strung together to form a complete route to the next city. For a game that tries to be somewhat realistic, having the same road layout and terrain over and over definitely does not help.

Three of these game-breaking bugs were related to story progression. Every time the player enters a new town and gets to a motel, the uncle is supposed to lay down and his suitcase is supposed to pop open, revealing a document that provides context for the game’s story. Unfortunately, this event did not trigger for me on two occasions, so I had to continue through the game without knowing what the story was about (and missing out on two achievements). The third instance of this bug was a bit different, as it occurred at the end of the game, a fantastic place for a bug to occur. In this case, the game’s final event did not trigger for me, so I missed out on the story’s ending and the achievement unlocked as a result. In fact, I unknowingly continued with this playthrough, as I assumed that I would have to drive all the way back to Germany in order to beat the game. It was not until I drove back a significant portion that I realized something was up, prompting me to look up the game’s ending and realize that I just wasted my time, as the game was supposed to have its final story event on the first morning in Turkey. Anything after that was just freeplay for the player.

Outside of the story bugs (all of which related to the uncle), I ran into another issue where my vehicle got stuck at a gas station, unable to move away from the pump. This required me to restart the game, which resets the vehicle back to the last motel visited. Fortunately, this happened before I set out from the city that day, so I lost very little progress, but had it occurred to me on the road, I would have lost quite a bit of progress. There are several other smaller bugs, but those described here were the most prominent for me. 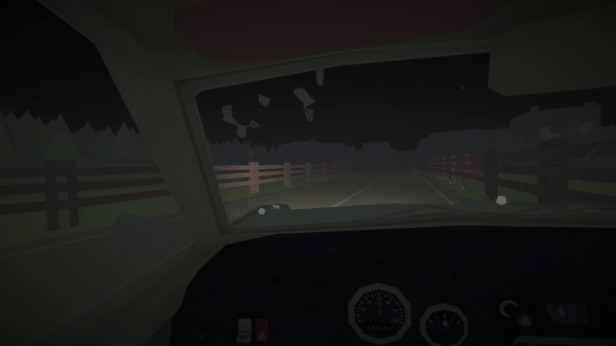 The simulation aspect of the game is great and the upgrade system is pretty cool, but I simply cannot recommend the game with how buggy it is. The game should have stayed in Early Access, at least until the game-breaking bugs were fixed. As it stands, it is just too buggy to be worth it.

You can buy Jalopy on Steam here.