Gomo is a small game, and I mean that story-wise and resolution-wise. The game does not run at widescreen, which was fairly annoying. I would have liked to see the game running at 1080p. Gomo is like a lot of other point-and-click games. It consists of a variety of primitive puzzles, some being stupidly easy, with some others taking a bit more time. These puzzle elements made the game a bit more enjoyable in a gameplay sense and I enjoyed them.

There’s not much else to the game, it is a point-and-click adventure after all. There’s a little exploration to it and the game contains no violence. You don’t even need to be literate to play the game, it’s very simplistic. That’s not necessarily a bad thing, it’ll just be more appealing to those looking for a nice, short game. Oh, it also has minigames that resemble those found on a kid’s flash games website, which are unlocked through collectibles in the game. 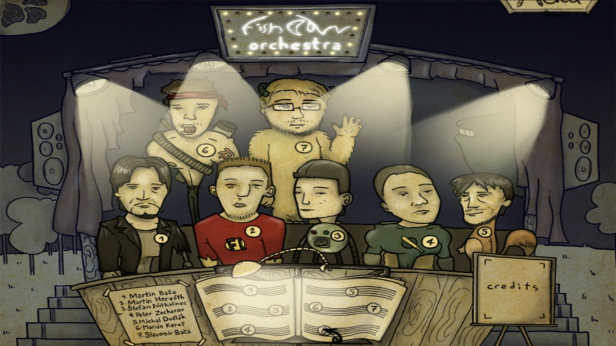 The game conveys a nice story without the use of language. It’s quite neat actually. The story is incredibly generic, but the way it is conveyed makes it much more powerful. Gomo is searching for his best friend, who was taken from him. He’ll end up going far beyond what players would expect in order to get his best friend back. The game’s art style was lovely, as was the music. The music was very atmospheric and immersive, when combined with the backgrounds and art displayed throughout Gomo’s adventure.

Overall, Gomo is a short, but nice adventure that appeals to point-and-click fans with little time on their hands. It combines a charming story with great music and art into one small, enjoyable package. I recommend Gomo for any point-and-click fans.