So this one kinda came out of nowhere and I’m surprised it hasn’t received much attention. I mean, it’s by Liar-soft, the same studio that brought us VNs like Kindred Spirits on the Roof, Sekien no Inganock, and the upcoming Sona-Nyl of the Violet Shadows – one of my most anticipated visual novels. Should be good to go then right? Well, let’s just say there is a good reason this one hasn’t got much attention.

Let’s start with the good. For one, the art style absolutely slaps here. The characters are full of color, have some solid linework, and just generally have great designs all around. I liked the kind of “splatter” color design that you can see in each character’s hair and elements of their clothing – it’s a distinct way of giving the game its own style and this is something that Liar-soft generally does a good job at. The color choices too, they are both vivid, yet match the sort of dark sci-fi setting that the story goes for.

That said, the style comes with one severe flaw: it’s mismatching with other styles. You get these absolutely gorgeous and colorful 2D sprites and then they are slapped next to these mechs that look straight out of another game with a different art style entirely. That and the backgrounds, while not outright terrible, hardly match the quality of the rest of the art. It’s like they put all of that budget into the character designs and just took some royalty free mecha designs and backgrounds from elsewhere. A disappointment for sure. 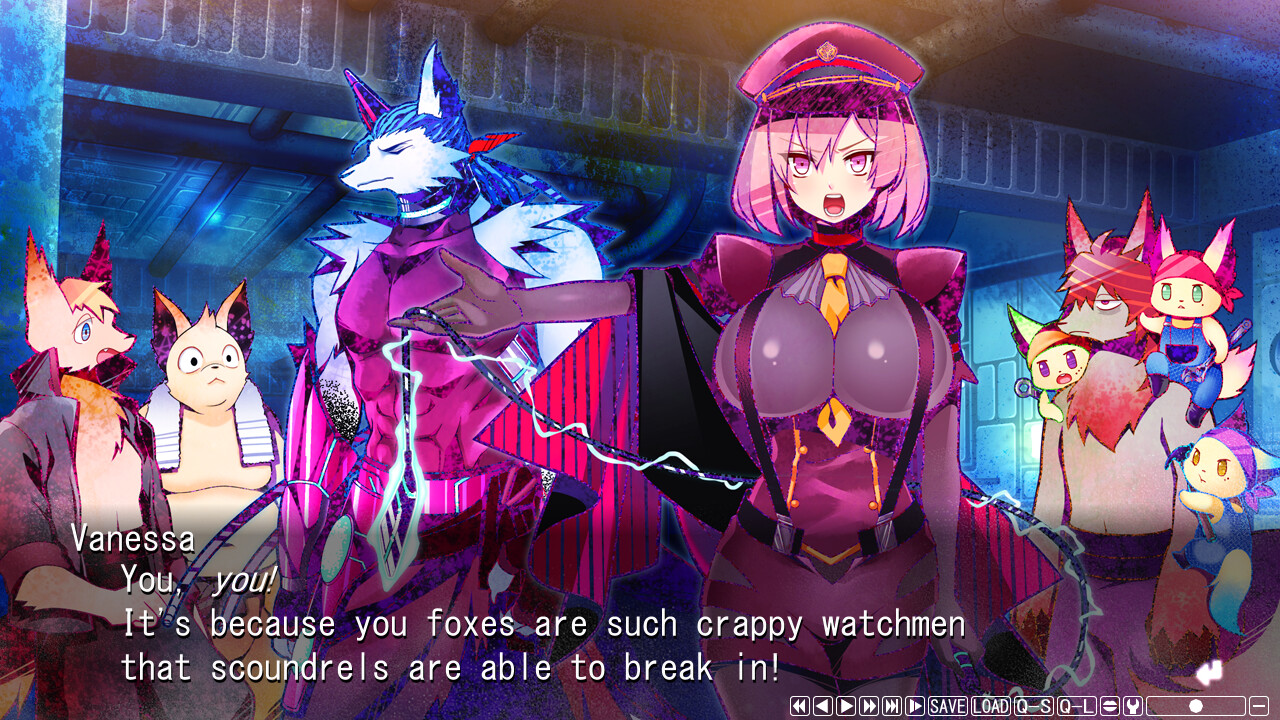 And unfortunately, that disappointment continues. The artist for this game may have done a good job with the character designs, but that same artist also served as the primary writer for this game and let’s just say that they probably should have just stuck with art. The writing and overall story here is all over the place – starting off with some minor info dumping before rapidly changing scenes and introducing characters without hardly giving the time to really learn about these characters or the world they find themselves in.

The pacing in general is probably my main issue. It goes from stupidly fast during scenes that are actually important for the main story and then these scenes are followed up with something incredibly slow and oftentimes straight up unnecessary, like the numerous random cooking and eating scenes just kinda thrown in there. Not to mention the insane tone shifts. There was literally a scene where a character goes from scraping gore out of a cockpit to another scene where important plot info is being given while a character projectile vomits, followed up with an entirely too lengthy scene where the two main characters enjoy ice cream at a local shop and it’s all fluffy and happy. 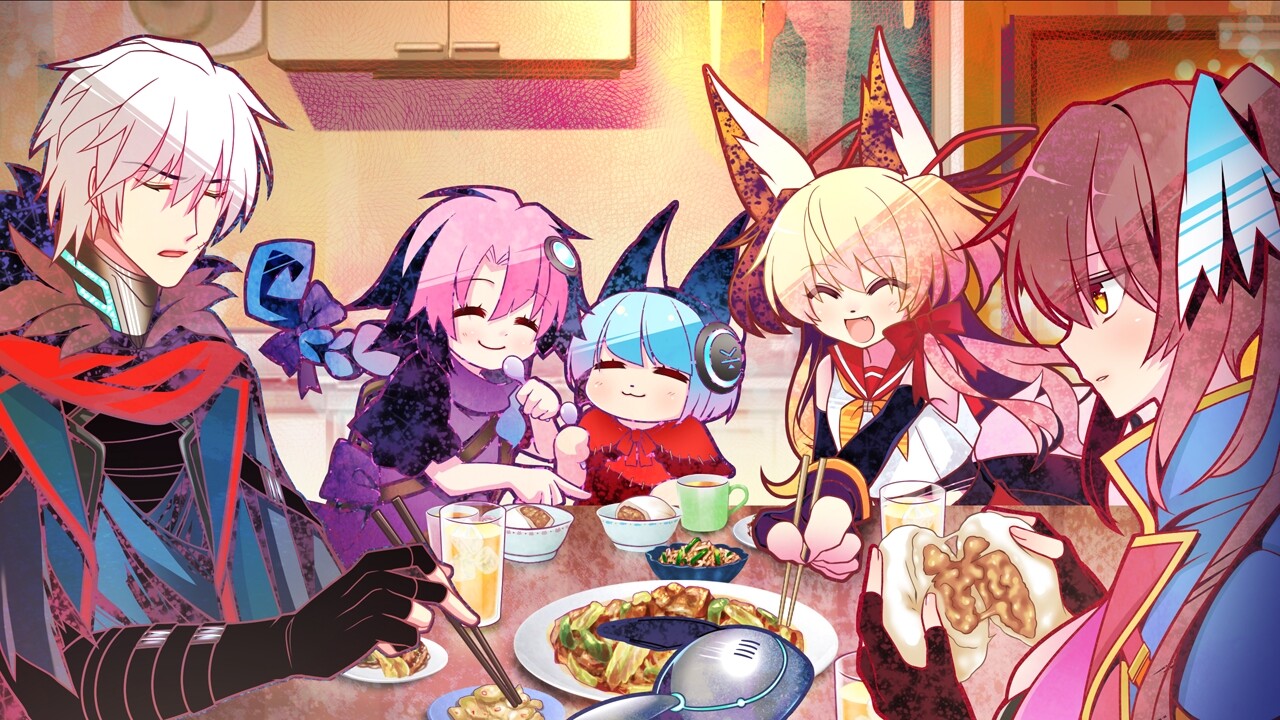 The game does this with its H-scenes too. It’s one of those shorter VNs that lacks the runtime for proper character development – given that it’s only about six or seven hours long –  but absolutely has no problem filling a bunch of that time with a dozen or so H-scenes. Granted, a few of these it at least tries to incorporate into the story in a meaningful way, but as often with such content in VNs, a lot of it is just tacked on and there simply to sell the experience.

Which is a disappointment really. The setting here is actually somewhat interesting – being this near future sci-fi with mechs, weird creatures roaming about, and some absolutely wild societal structure – it just doesn’t utilize it to its full extent. And even then, a lot of the info that you do learn about this setting comes from info dumping scenes instead of naturally learning it like a properly paced visual novel.

This is particularly a pain early on because the game starts throwing out these terms and acronyms that I get confused on because I am not sure if that was part of one of the info dumps and I simply forgot because there was a ton of other stuff or if it was genuinely trying to introduce something new and the writing was just not giving that vibe. It gets better as it goes on with its clarity, but I cannot deny that my interest in anything at that point was already long gone. 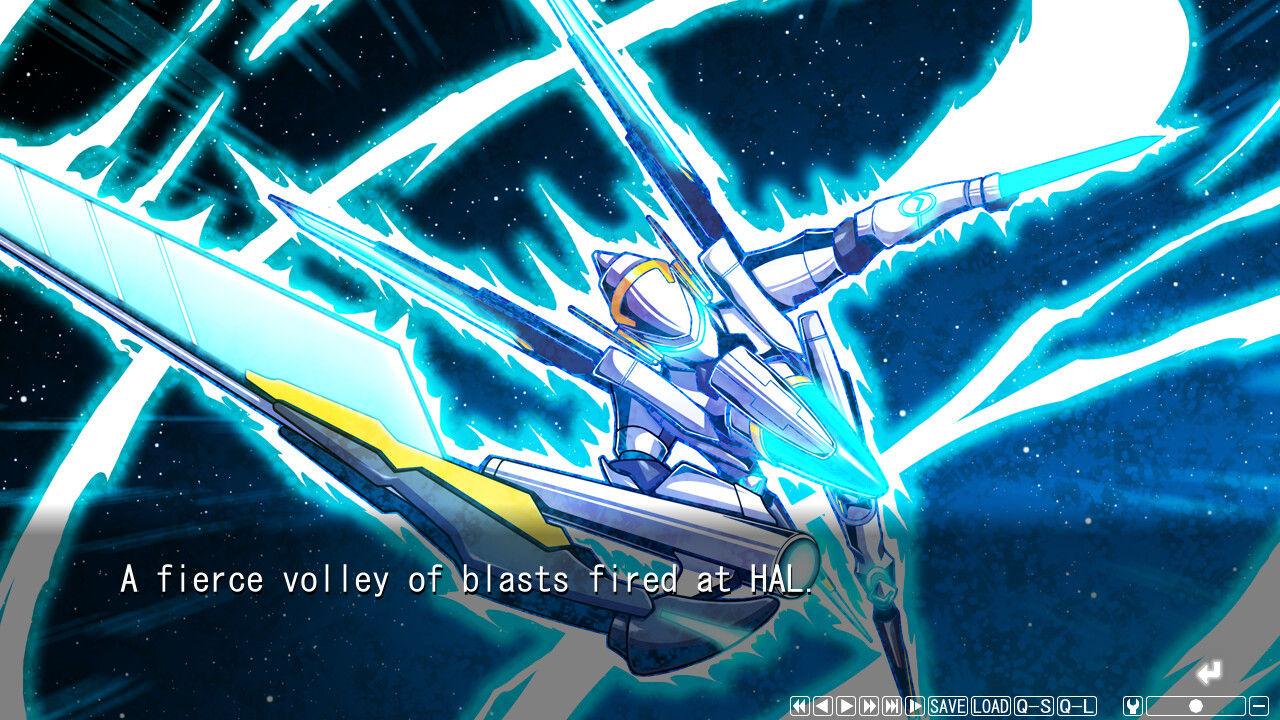 The characters, for example. This is one of those shorter VNs that tries to bank a lot of the experience on its characters and the climax, but they are simply not given the time to properly flesh out and allow me to form a connection with them, leading to an unsatisfying climax and an ending that hardly made me feel anything but relief that the experience was finally over. The romance between the two main characters, for example, comes out of nowhere around halfway through and after that point it felt like I was watching a relationship speedrun that existed more out of obligation than actually wanting to tell a proper romance story. Really, the romance stuff could have just been left behind entirely.

And all of this is before the technical issues, which on their own would be enough to not recommend the experience. I don’t know what it is, but I had this constant freezing issue, where I would be reading and then suddenly my inputs would do nothing and all I could hear was the music – forcing a game restart to continue where I left off (after skipping up to that point from my last save of course). At first I thought this was an issue with alt+tabbing out of the game, but it started happening when I was straight up just reading normally. Granted, this might be an issue with the 18+ patch – I did not test it without. Whatever the case, it happened like 20 times throughout the entire reading experience and was just a pain to deal with. 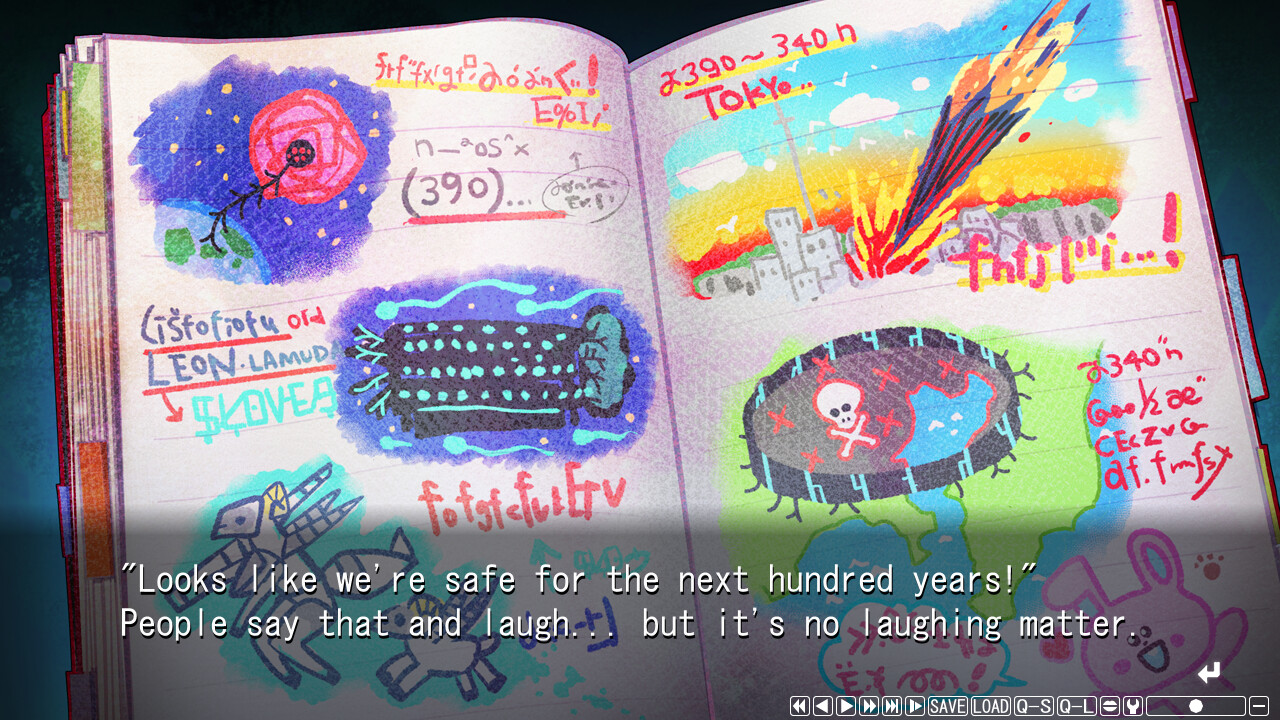 ALPHA-NIGHTHAWK may have some solid artwork, but the rest of the experience is an absolute slog to get through and a disappointment given the interesting setting it starts off with. The pacing, constant tone shifts, and lackluster character development killed any impact the story was going for and left me feeling practically nothing by the end of it.

Quote: ALPHA-NIGHTHAWK may have some solid artwork, but the rest of the experience is an absolute slog to get through and a disappointment given the interesting setting it starts off with.

ALPHA-NIGHTHAWK retails for $20 USD on Steam. It is also available directly from publisher Shiravune on Johren. A free 18+ patch is available for the Steam version.