So this one has been on my radar since it was revealed at I believe it was Summer Game Fest last year. It’s got a bright, poppy art style, some solid tunes, and targeted a niche that I’m generally a fan of. Now that all the episodes are out though, I’m left with just disappointment.

We Are OFK is an episodic adventure game centered around a group of friends trying to make a living in Los Angeles as musicians (the absolute classic). Of course, that is not an easy path, so a lot of the story is the little drama that pops up along the way towards this goal – my main complaint there being that a lot of it is just so predictable and not really all that interesting.

I will try to keep spoilers to a minimum. The producer character, for example, receives an offer from a big time musician to work full-time for him. Good pay, good benefits, but she will have to leave her friends behind and you bet the game makes the entire following arc about how “big music is soulless” and that it’s the indies that truly shine. The bigshots are made out to be absolutely idiotic and even evil at times and the whole time I’m sitting there like – yeah, I could have written this in middle school, especially given how the characters fluctuate between acting that age and acting like adults. 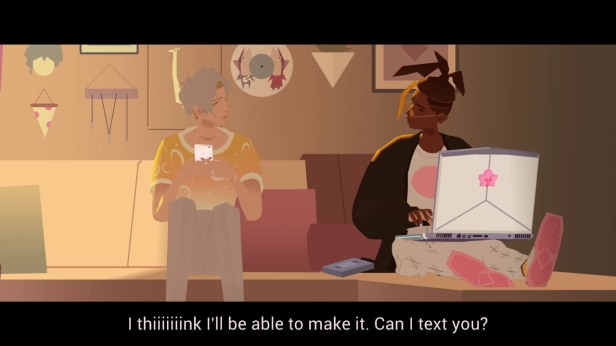 I guess that comes with entering adulthood, but it also doesn’t help that the characters here all share very similar personality types – the “let’s go out and get some boba” every day type. As someone that used to live in Los Angeles, it’s actually impressive how overly “quirky” they made the characters here and the dialogue writing often makes it hard to take anything that’s going on seriously despite serious topics being discussed.

I started off relatively interested in the story after episode 1 and part of 2, but by the time 3 came around, it just wasn’t cutting it anymore and the following two episodes after that were just outright boring. The last one in particular also felt rushed, ironic given that it was the longest of the bunch. I couldn’t escape this feeling that this game was made by an indie band that just wanted to get their music out and thought wrapping it up in an interactive movie would be a good approach. 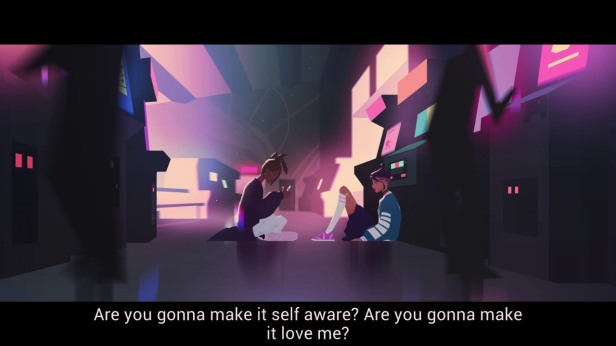 Don’t get me wrong, the music absolutely slaps – both the insert songs and the soundtrack, my favorite track was Follow/Unfollow – but the rest of the experience pales in comparison. You do get the occasional bit of gameplay, but it’s limited to selecting choices that don’t matter and only change a line of dialogue or two, music videos that are a bit more interactive, but have clunky controls and offer no real reason to even interact with them in the first place, and a story that lasts five hours but feels like very little actually happens during that time.

This is the type of game that would have been better off as a 6 or 7/10 Netflix movie or series to digest and forget by next week, but instead it’s that in video game form and feels worse off as a result. I wanted to like this game, especially given the music, the visuals, the overall aesthetic, but it was honestly a struggle. 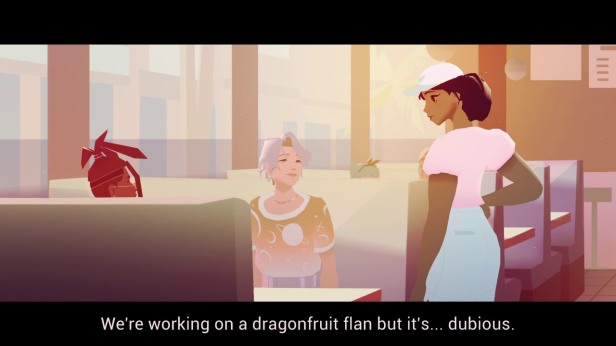 So no, I cannot recommend We Are OFK. It does some things right with regards to its visuals and music, but the story is just not interesting as a video game and the lack of anything else really to elevate it leaves this as an experience best left forgotten.

Quote: We Are OFK does some things right with its visuals and music, but the story is just not interesting as a game and the lack of anything else to elevate it leaves it as an experience best left forgotten.