So we get a lot of card games on Steam, but I’m pretty sure this is the first one where the actual card game itself does not matter – and in the most brilliant way possible.

Having not played the demo prior to playing through Card Shark, I was under the impression it was going to be some sort of deckbuilder with a unique art style. That latter part is still true, but the game itself is actually about cheating in a card game. In fact, throughout the entire experience, you never get to learn what card game is being played – just how to cheat at it.

This takes the focus off of mechanics you may already know from existing card games and instead places all emphasis on learning and executing various sleight of hand and other tricks. You’ll be shuffling decks while maintaining cards in a specific order, using multiple decks while keeping track of potential duplicates, signaling to your partner using a variety of creative signs, and using the smallest of marks to know which card is which from the back.

The sense of difficulty does not really come from how good your opponents are, but rather your ability to keep up with the numerous tricks introduced as the game progresses. You’ll learn one, and then in a few matches learn an evolution of that trick and so on until it is this very complex thing with a bunch of steps you’ll need to have memorized. Making one mistake often costs you the round and usually the match follows shortly thereafter.

This is a double-edged sword of sorts. The complexity and depth of the tricks when layered on one another is cool and very satisfying when pulled off successfully, but it’s also very frustrating to pull off all the tricks correctly and then make one small mistake or even misclick in the final round that costs you the whole thing. You are able to go back and redo matches fortunately, but if I am being honest, I kinda cheated the game (ironic, I know) by exploiting the round reset that occurs if you change controller types.

I normally play using keyboard and mouse, but pressing a button on controller partway through – or vice versa – causes a popup alerting you that you cannot change controls midway through and then resets the round. Not the way it was intended to be used for sure, but in the spirit of cheating you bet I made use of that to save me some time as the tricks got more and more complex. All the animations, dialogue scenes, and stuff really gets old when you’ve seen it more than twice.

And while on the topic of controls, this is obviously a game developed for controller and it unfortunately shows in some ways when using keyboard and mouse (which is mostly what I stuck with during my playthrough). A lot of the inputs are just joystick movements mapped to mouse which don’t always feel right and I frequently found myself misinputting despite how few actions there are in the game. It honestly kinda reminded me of the Quantic Dream PC ports and not in a good way.

That said, once you do get the hang of it – there’s a lot to like here. Bunch of cool tricks to learn, places to visit, and the game does a good job diversifying its gameplay over the course of its runtime. You’re not just cheating at a card game, but also learning how to flick cards into a hat, how to flip a coin and guarantee the result, and even how to duel with swords. They’re all little individual minigames, yeah, but they do a decent job at shaking things up and not just being straight card cheats the entire time.

When it is just card cheats though, it’s still some good stuff, although not quite perfect. While evolving previously learned tricks is cool, the game treats them as entirely new tricks each time, so of the 28 you learn, only a handful are entirely unique on their own. The rest are simply combinations of other tricks into one or a previous trick with one small change. Honestly, it’s a little bit disappointing, but at the same time, it does provide for a natural increase in the game’s difficulty – so it’s a bit of good, a bit of disappointment. 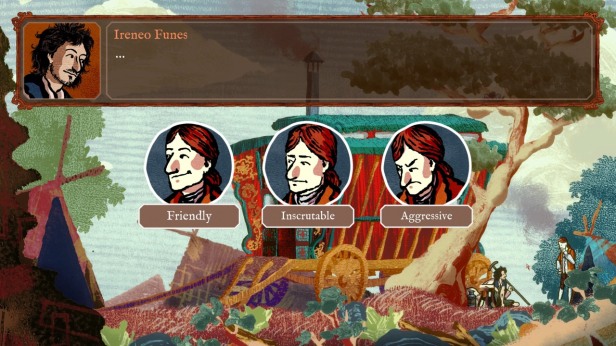 And if you’re wondering what the length is exactly, it took me about five hours to clear the game and get each ending. Granted, I am still missing 19 of the achievements so there is a bit more there to do for completionists, but most of them are stuff like “die 6 different ways”, “fail every technique at least once”, and “complete the game without losing a single round”, so nothing to really flesh out the experience after you’ve given it a good playthrough – it is mostly linear with just a handful of different endings that you can simply reload to achieve.

The story actually isn’t that bad either. A bit basic, sure, but engaging enough to keep the experience going. It’s also tightly written. There’s not a whole lot of filler here, it’s straight to the point, hits all the main story beats, and nothing more outside of the occasional bit of comedy. Great effort all around there and similar things can be said about the art. It’s incredibly stylized, colorful, and looks great at 4k.

Performance wise, I had no issues. 4k 144fps, no drops, no crashes, no freezing, none of that. I did have an issue where I managed to softlock myself and prevent further progress, but I notified the devs and they were able to quickly fix the issue. Other than that, I did notice that I also had to keep Vsync on for fps to go higher than 60.

Card Shark is one of the most unique indie games of the year. Taking the focus off of the card game itself and placing it all on cheating in said card game makes for some very cool gameplay, with a bunch of neat tricks to learn, minigames to partake in, and a story to experience that is surprisingly not bad. It’s not perfect and suffers from some disappointing design choices, but I can’t deny I had a good time with it and would recommend it.

Quote: Card Shark is one of the most unique indie games of the year. Taking the focus off of the card game itself and placing it all on cheating in said card game makes for some very cool gameplay.

Card Shark retails for $20 USD on Steam, but you can get an official Steam key for 15% off using my Gamesplanet partner link. It is also available through GOG and on Switch.