The fourth installment of the We Were Here series has arrived and while I still may be recovering from the trauma that a couple of the puzzles in the last one caused, I was excited to jump into this one and once again stumble around with a friend of mine and try to solve some puzzles.

Alright, so for those unfamiliar, We Were Here is a series of co-op puzzle adventure games that play kinda like an escape room – the catch being that your friend is usually not in the same room and you have to relay information verbally in order to solve puzzles. It’s unique, challenging, and can oftentimes be frustrating if you’re stuck trying to describe what you’re looking at, but it’s never not fun.

We Were Here Forever continues all of this, just bigger and better in almost every way. The third game – We Were Here Together – took my friend and I four hours to clear. This one though? It took us exactly double that time, just over eight hours. The studio really went all out in expanding on the series and making it this full-length thing while avoiding some of the common pitfalls that such puzzle games fall into.

For example, the game is longer, but it hardly recycles content. You are constantly going through new areas, like a castle, the snowy wilderness, a dimensional circus, or even an underwater cave system in a submarine. The only area that you really go back to is this “hub” that connects the rest of the game together. Otherwise, it’s all new stuff and half the excitement is waiting to see where the experience takes you next.

Even more important though is the puzzle design and once again, the game does a fantastic job here. Just like with the world design – what surprised me here was the constant evolution of the puzzle mechanics. You get your simple visual puzzles where you must relay strange shapes to your buddy using just vocal descriptions, but also some creative riddle-solving puzzles and even puzzles that bend your perception of space.

One of my favorites, for example, was an audiovisual puzzle where I had to actually describe sound patterns and pitches to decipher what a giant squid was saying to us and then have my friend figure out the appropriate response in that same language. Despite my best efforts, both my friend and I struggled with this one because we were too busy laughing at my poor attempts to recreate squid language – but that is exactly what makes this game so great.

And unlike the last game, the puzzles felt more “balanced” this time around. This is going to be very subjective depending on the players, but my friend and I only got hard stuck once here and it did not feel as long as the last game  – where we got hard stuck on multiple puzzles. Maybe the difficulty overall was toned down, but there’s still a good sense of challenge here and it ultimately makes for a more engaging – and definitely less frustrating – experience. 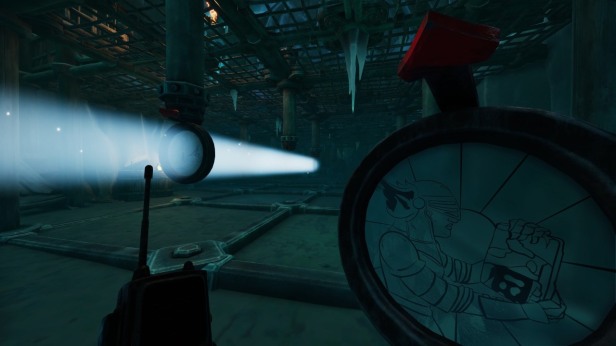 So that’s good and all – but I’ve pretty much only been talking good and unfortunately there are a few cons to discuss as well. Namely, the game’s finale, which both my friend and I placed as the game’s absolute lowest point. You get this absolutely solid journey up to that point and then a final chapter that doesn’t even have any real puzzles in it, instead just taking the form of a series of tasks before a cinematic and then the credits roll. It was disappointing considering the quality of everything that preceded it and left a stain on an otherwise solid experience. The last game did a far better job in this department.

Then there’s the story. With the increased length of the game comes an increased focus on story elements, including cutscenes with full-on dialogue and the occasional bit of lore thrown into a puzzle or two. You don’t really need to play the previous games to understand it and honestly, it’s such an afterthought to the rest of the experience that it hardly even feels necessary. It’s more so just there to connect these different environments together in a somewhat coherent manner – which it does at least do a good job at – but don’t expect anything story-wise to really stick with you after the experience is over.

And if you’re wondering about replay value – it’s quite literally the same as the previous games. You can go back and solve the puzzles with the two roles swapped, but you already know what the other side of the puzzle looks like and thus it kinda kills any fun. It’s definitely a one and done kind of game and that’s not even a bad thing – just felt like something I should mention.

On the technical front – we had a couple issues during our playthrough. While the game itself ran fine for me at 1440p 144fps on my 3080 Ti, my friend, with his 3070, had constant frame drops in the hub area only and nowhere else. That and at two separate points, the game bugged out and phased him through the floor and ceiling – forcing both of us to reload the game to fix. Outside of that, no other issues to report. The game looks fine, has simple, yet effective controls, and runs well.

And yeah that’s pretty much it for We Were Here Forever. Took only a couple sessions to finish, but definitely longer than any of the previous games and easily my favorite of the bunch.

We Were Here Forever is the best in the series yet. At double the length, it brings all the crazy puzzles that the series has become known for, just bigger and better. It’s creative, has plenty of variety, and is also challenging, yet not unfair. Even if you have yet to play any games in the series, this one is definitely worth a look, it’s one of the better co-op experiences I have played in a while.

Quote: We Were Here Forever is the best in the series yet. At double the length, it brings all the crazy puzzles that the series has become known for, just bigger and better.

We Were Here Forever retails for $18 USD on Steam. It is also planned for release on Xbox One, Xbox Series X|S, PS4, and PS5.