Okay, so for those unfamiliar, this game is basically DOOM, but with a ninja as the protagonist instead. The aesthetic is then molded around this, with enemies based around Japanese folklore and environments that look like they were pulled straight from East Asia. On this front, the game is solid. The levels look great, the enemy designs are really cool, and the overall visual and audio presentation is top notch – just what you would expect from a new AAA game, which this one seems to be going for given its pricing. 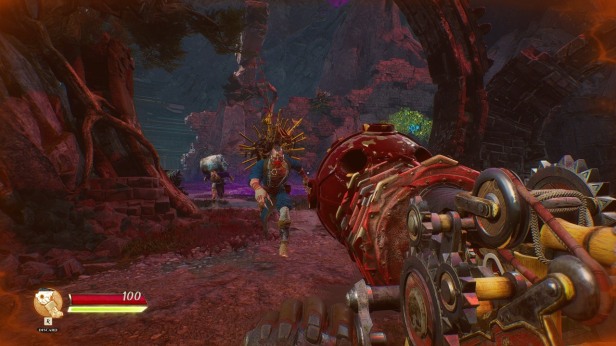 So yeah – not too long a game by any means, especially for AAA pricing. And no, I am not really one to complain about a game’s length, but I know that’s really important for a lot of others so I felt that that should be stated upfront. The content that is there is good, just don’t go in expecting it too last too long or really have any replayability – I finished with 84% achievement completion in my one run, so there’s not too much to do outside of that especially given that the achievements I am missing are stuff like “kill x enemies using environmental attacks” or “perform finishers x amount of times”.

If you are able to get past the length though, you’ll find a pretty fun shooter underneath. Not only do you get some nice enemy variety, a bunch of cool guns to use, and some detailed maps to duke it out in – but this is all on top of an incredibly polished base. It’s the kind of shooter where the movement is fluid, the guns actually feel good to use, and the pacing is well-defined. In no time, I was zipping around, quick-swapping my weapons, and mowing down the hordes thrown at me.

The learning curve is incredibly straightforward and you are given time to adapt to new mechanics and weapons as they are introduced – like the grappling hook or whatever unique weapon you pull out of an enemy after performing a finisher on them. However, it is still fast enough that you are being introduced to new stuff at a consistent rate and it never grows stale. Perhaps the game’s short length lends to this, but I also cannot deny that they could have just pumped more content into the overall package to remedy that. 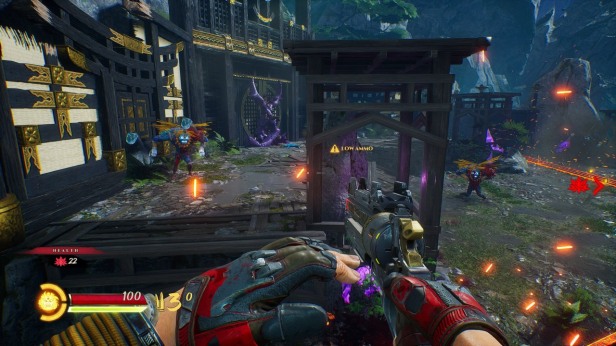 So the gameplay – solid. The story though? Ehhh, I can’t really say it does much. It is VERY straightforward, has little to really grab you, and is so full of cheesy jokes that there isn’t much room for anything else. Yeah, I get it, that’s part of the appeal for this series and the gameplay is the main thing here, but for how much effort was put into it (there are a lot of cutscenes by the way), I can’t say it was that enjoyable.

And another problem – the stuttering. I ran the game at 1440p max settings on my 3080 Ti and while most of the time it was fine at 144 fps, I still had some frequent microstutters – especially when areas were just loading in. These hardly happened when in enemy arenas, so not too big a problem, but enough to at least warrant noting. Otherwise, the game runs fine and I found the keyboard and mouse controls to be intuitive enough to leave as is – although you can still change them if needed. 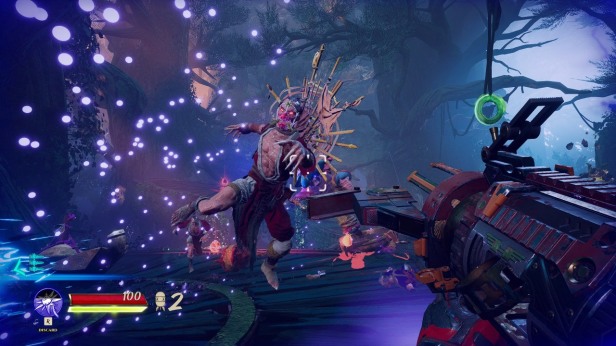 Overall though – I’d say Shadow Warrior 3 is worth a mixed recommendation. It has some fun gameplay, solid visuals, and a nice sense of variety to it, but that is all coupled with a subpar story, some minor technical issues, and a short overall length that will likely leave many disappointed given its AAA pricing. Maybe not worth a buy now, but if it ends up on deep sale or in a bundle – easily worth a look.

Quote: Shadow Warrior 3 has some fun gameplay and solid visuals, but that is coupled with a subpar story and a short overall length that will likely leave many disappointed given its AAA pricing.

Shadow Warrior 3 retails for $50 USD on Steam, but you can get an official Steam key for 10% off using code KATANA through my Gamesplanet partner link. This also applies to the deluxe edition. The game is also available through GOG and on PS4 and Xbox One.