All right, let’s start with the visuals. Overall – they’re okay. Nothing too grand here, but definitely not bad. Character designs are simple, yet effective for the type of story told. There are not that many backgrounds, but the backgrounds that are there are fine and the game isn’t really long enough to need too many of them anyways. Bonus points for having what appears to be native 1080p support though – the assets all look great at this resolution without being overly blurry or pixelated.

Similar things can be said about the music. I wouldn’t say it’s good enough to listen to outside of the game, but it’s at least not grating and repetitive and that’s better than I can say for a lot of these VNs from smaller studios.

The story is where it really gets good though. The characters may be high school students living in a dorm, but they are students attending an academy known for producing models, actresses, and seiyuu. Practically none of the story actually takes place within the walls of the school and most of the time you’ll be interacting with others in the dorm, helping them with their professional work, or doing said work yourself.

A central theme to the story is hard work and it’s honestly kinda refreshing to see a cast full of characters that are actually working hard to further their professional goals rather than just academic ones. The game does a good job giving you an insider’s look into the voice acting industry too, including explanations on different terminology and how the whole process works. I – for example – did not realize just how difficult voice acting for games was compared to anime. An anime episode may have 100 lines max, but a game has lines in the thousands or even more.

The story’s dramatic elements are almost always related to this voice acting stuff as well. Instead of the usual romance triangle stuff, we get competitions on who lands a specific role or how a throat injury can threaten one’s entire career in this field. The story introduces such elements at a gradual pace, never really dumping them outright on you, but not taking its time either.

I would say the whole thing is just above moderate pacing – getting you introduced to everyone quickly and thrown into this voice acting world just as quickly, but leaving enough time to get into the more intricate stuff along the way. The entire thing takes around 15 hours to clear, so it’s not a long game by any means – if anything, it might actually be a bit too short (which I’ll get into soon).

You get the serious, trying hard to succeed type that runs into many hiccups along the way, the soft-spoken, yet successful type that is having trouble socializing with others her own age, and the little sister type that doesn’t really know what she’s doing until later on and is just kinda thrown into this adventure without much preparation. They each have their quirks and fill specific tropes, but they’re all fun to interact with and especially so when overlapping with each other. 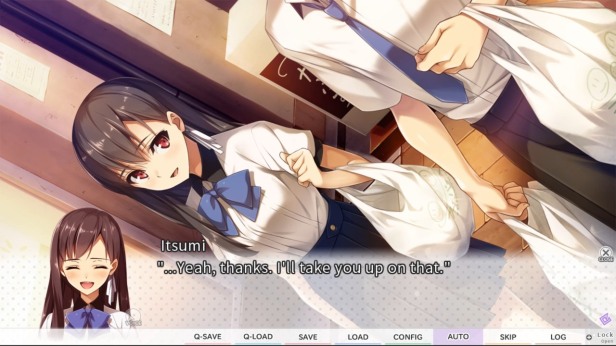 The protagonist too – I didn’t exactly start off the game caring all that much about him, but his character kinda grew on me as I played. Especially during the character routes, he really establishes himself as this all-around helpful guy. Not overly dense, hard-working, and with problems of his own that get resolved alongside the heroines – another nice change of pace from the genre norm.

Despite all that I like about the story though, it does suffer from one major issue – its underdeveloped character routes, the romance specifically. You get this solid common route, a solid intro to each individual character route, but when it finally comes time for a confession and the romance to actually begin, the routes drop off hard. It’s weird because there is still effort put into telling each character’s individual story arc (such as Itsumi’s struggles to land voice acting gigs) and that stuff is still interesting, but it’s like all the romance stuff is a mere afterthought on top of it.

There’s little in the way of dates, romantic slice of life stuff, or any of the other developments that we usually get in the genre. On one hand, yeah this does kind of allow the “working” side to the story to receive more focus – and that’s completely fine – but I don’t think it should come at the expense of not fully exploring these character relationships. It leaves the romance feeling not so much bad, just underdeveloped and it’s an absolute shame for how solid the rest of the writing is. 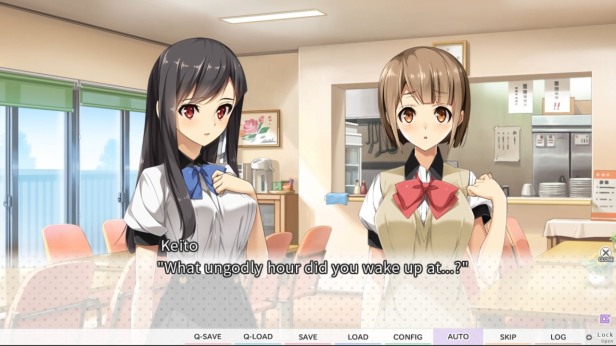 Otherwise, I’d say my only other bigger complaint is the lack of a character route for Noa. She’s a very involved character in the story and has a super interesting character type, yet is not given the route she deserves. Granted, this is more so me complaining about something not in the game than what the game actually offers – but still disappointing to see. Perhaps a sequel or fan disc of some sort may come out in the future, although I may be being a bit optimistic seeing as how this came out in Japan back in 2017 and that hasn’t happened yet.

And yes, since this is ultimately an eroge, there are H-scenes. They are not included by default on the Steam version, but there is a free 18+ patch that you can grab off of Johren to add those scenes back in. That said, I wouldn’t say that they are all that necessary, let alone good additions. In typical eroge fashion, the H-scenes are all dumped at the end and the characters in this game have the stamina of gods doing it 3+ times in each scene.

That and it oftentimes feels like they are completely different characters during these scenes (Itusmi is a prime example) – so again, not ultimately something I would say is a necessity if you’re just playing the Steam version. In fact, this may be part of the reason why the romance did not come across as all that developed – the writers were more focused on incorporating all of these H-scenes instead.

One character’s route, for example, describes her struggles with a potential swimsuit photoshoot job. That’s an understandable struggle to have for someone in the voice acting industry, but the conflict is resolved just as quickly as it comes up and is used merely as an excuse to push a certain type of H-scene – something you can even notice in the all-ages version of the game.

All that said though – the story itself is not bad at all. The character routes drop the writing quality a bit (leaving the common route as my favorite part), but the overall experience is one I enjoyed reading through. This is helped by the translation too. Shiravune may be pumping out a lot of these VNs lately, but I don’t recall seeing a single typo or grammar issue throughout and the only translation oddity I noticed was a pun that doesn’t exactly translate well into English.

Settings-wise the game also does well. All the usuals plus some bonus ones, like multiple resolution options, an effect speed slider, a route guide hint that can be toggled, and a handful of fonts to choose from. It’s not the best I’ve seen, but better than the average. It even comes with a very cool CG gallery feature that has previews and such arranged in a grid, quite unlike any other I’ve seen. 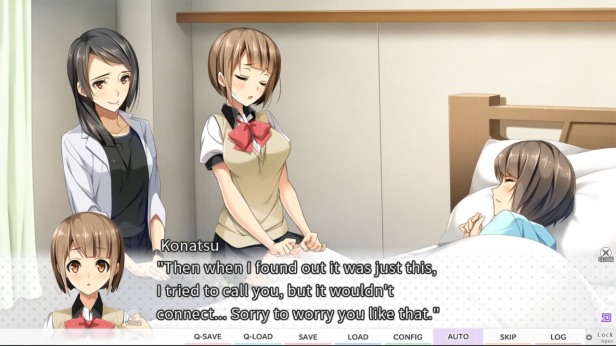 For going in with practically no expectations, I was really surprised with what Ninki Seiyuu had to offer. It gives us an excellent spin on the usual high school romcom story, this time featuring professionals in the voice acting business and done so in a way that is both entertaining and educational. The romance may not be the most developed, but pretty much everything up to that point is solid and I had a great time reading through it over the past week.

Quote: Ninki Seiyuu offers an excellent spin on the usual high school romcom story, this time featuring professionals in the seiyuu business and done so in a way that is both entertaining and educational.

Ninki Seiyuu: How to Make a Pop Voice Actress retails for $40 USD on Steam. It is also available through Johren.