I am a bit of a sucker for time loop stories – stuff like Source Code, Palm Springs, Primer – I mean, just yesterday I was reading the manga for All You Need is Kill. It’s a brilliant concept when done well, but it is not one we really see with video games. I mean, it’s kinda hard to do that without losing the player to repetition – but perhaps this one could be different.

Okay, so the concept behind Twelve Minutes is simple. You play as a man stuck in a time loop of twelve minutes – surprising, I know. The entire game takes place inside a single apartment and you are reset to the beginning of this apartment and time loop every time you die or every time twelve minutes have passed. During this time, you must figure out both why the time loop exists and how to break out of it.

The gameplay is similar to what you would expect from a point-and-click game. You click to move your character, interact with objects in the apartment, and there is even an inventory system where you can combine items and use them on others. There’s nothing really new to this system, but the core is very polished and if you are a fan of puzzle point-and-click games like myself, then you’ll feel right at home here.

Despite being locked in one room for the entire game though – there is a lot to interact with – and a lot that is unnecessary for progression. It is then up to you to figure out what objects to interact with AND in what sequence – a recurring theme in Twelve Minutes. This is where the game gets its sense of challenge from – it’s effectively a massive puzzle box that requires the most precise of actions to unlock. Unlocking one layer reveals another and so on; a very cool approach with some equally cool presentation.

So that brings me to repetition. Because yes, this is a time loop and you will be repeating a lot of the same tasks over and over – of course, the amount almost entirely dependent on how much you discover per loop. For example, a constant thing you’ll need to do is to prove to your wife that you are stuck in a time loop. This sounds a bit annoying, but the game is actually clever in that it includes shortcuts to do this.

At first, you have to go through the long process of predicting future events perfectly to get her to believe you, but once you do this – she reveals information that you can then use in subsequent loops to effectively “shortcut” the process. Now, instead of having to predict future events, you can just tell her this information that would have been impossible for you to know otherwise. This is just one example though, the game does quite a bit to lessen the overall repetition.

Whether it be shortening dialogue lines between loops, creating more shortcuts like I just described, or allowing you to speedup and skip through dialogue – it’s still repetitive to an extent, but not painfully so because of these additions.

Regardless, this is where I think most people are going to find issue with the game. The repetition is by design, but the amount you have to do is almost entirely dependent on how you play. If you’re an experience puzzle game player and able to quickly think outside the box – then you won’t have to do nearly as many loops as someone that only dabbles in the genre.

This is best exemplified by the game’s length – which, from my research, varies so wildly that it can easily make or break the experience. Looking at discussions and the developers own estimates, it seems the average time is around 6-8 hours. I’ve even seen some take upwards of 10 or more. However, it took me a fraction of that – just 3 hours. 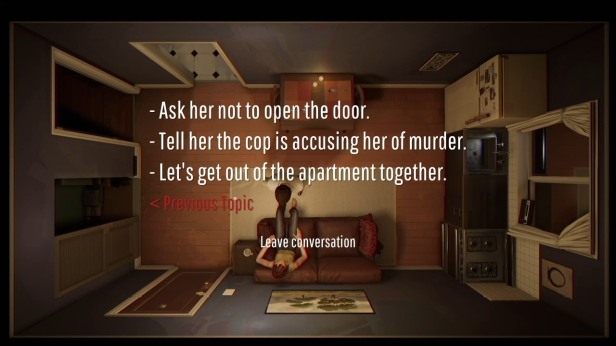 At three hours, the pacing felt fine and I never got frustrated by the repetition from constant loops, but for someone that gets stuck and takes 3x as long – yeah, I can see why that would be annoying – let alone boring from having to do the same thing over and over. So, while this might be the biggest flaw – it’s also one that you can’t be sure if you’ll run into yourself until you’ve actually played it – so that’s definitely something to keep in mind.

Enough about the length though – this is a story-driven experience and there’s a bit to be said about that. All in all, I would say that the story is decent. It’s not the most mind-blowing time loop story I’ve seen, but the different twists and turns, the small hints dropped in each loop, and the constant feeling that there’s something bigger going on are more than enough to keep you interested.

The mystery develops in a natural way – not going off the rails and not really pulling any random developments out of nowhere. In fact, it largely matches the setting – small in scale, but dense in clues and other things to find. I don’t want to go into too much detail to avoid spoilers, but it is a good ride, even if the ending might be a bit predictable and underwhelming. 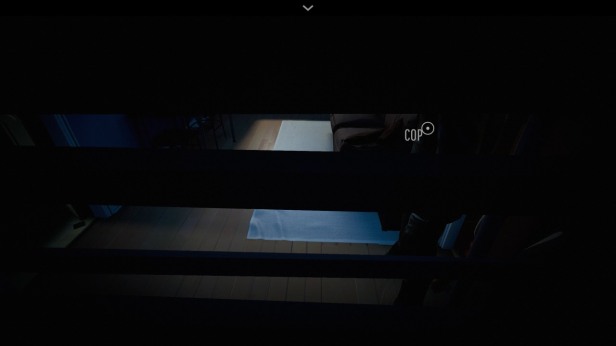 As for the technical aspects – the game is good in some areas, but bad in others. The music, for example, is great and a perfect match for the suspense and occasional action of the story. The graphics though are nothing special and look like something we might have gotten five or so years ago, even with the addition of motion capture on the actors. I wouldn’t say this is a major deal if it was not for the absurdly high system requirements. This is literally a game that recommends a GTX 1080 just to run at a constant 60 fps. I am just below that requirement – 1070 Ti – and found that I was unable to run the game at 1080p 60 fps without dropping the single graphical option from high to low.

I mean yeah, it’s right there in the requirements so I guess can’t really complain, but I have to wonder what exactly makes this game so demanding? That and it would have been better to have more graphical options than just “quality” and “anti-aliasing”.

Twelve Minutes is an interesting puzzle game overall, but not one without its issues. The story, while decent, does have a bit of an underwhelming ending and the gameplay, while cleverly designed like the point-and-clicks of old, can quickly become monotonous if you’re not cruising through the puzzles. It took me just under three hours to clear and I had a good time with it, but it’s not something I would easily be able to recommend. In a way, this makes it a good Game Pass game – something you can pick up and try to see if it clicks. Otherwise, I would advise waiting for a sale.

Quote: Twelve Minutes is an interesting puzzle game overall, but not one without its issues. The gameplay, while cleverly designed, can quickly become monotonous if you’re not cruising through the puzzles.

Twelve Minutes retails for $25 USD on Steam. It is also available on Xbox One, Xbox Series X|S, and through Xbox Game Pass.