It’s narrative-driven games like this that are always pushing the kind of stories that can be told in video games. I consume way too many of these games for my own good, but I’m always on the lookout for one that tries to do something new, something cool.

So in a nutshell, Road 96 is basically a more involved “choose your own adventure”-type game. There are decisions to make and these decisions end up affecting what path you go down and what ending you might end up with. You don’t just play as one protagonist, but multiple – all with the goal of reaching the border. There is a small cast of recurring characters you will meet along this journey and that’s where the meat of the game lies.

The journey itself is divided into different “scenes” of sorts – basically sandboxed encounters with one or more of the main characters. They play out in first-person and most of them allow you to walk around, interact with the environment, and talk with other characters. It’s nothing too complex, but it does add a nice layer of interactivity compared to similar games and the devs did a good job working these elements seamlessly into the narrative. 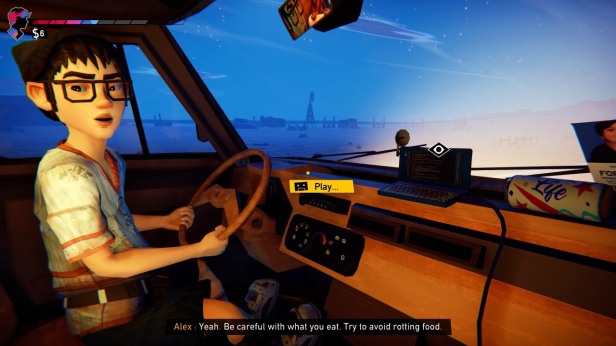 At the end of a scene, for example, you may have the choice of simply walking away and continuing on foot, or maybe you found car keys earlier and can now steal a car to make the journey easier, or maybe you stole some money and can afford to take the bus. There’s a nice amount of variety here and I really liked the gameplay-story balance. Sure, it’s still heavy on the story, but it doesn’t weigh so heavily to one side that it loses that balance. For this type of game and genre, the overall gameplay is solid – better than I expected.

Then there’s the actual story – the reason why we’re even playing this game. And unfortunately, this is where things get a bit rocky. The game takes place before a nation’s election and said nation is having a number of problems, enough so that protests are breaking out everywhere. Living conditions for some are bad enough that they are seeking to illegally cross the border to get out – that’s the role you play. We rarely see this type of setup in the genre and I will admit – I was pretty excited to try it out. 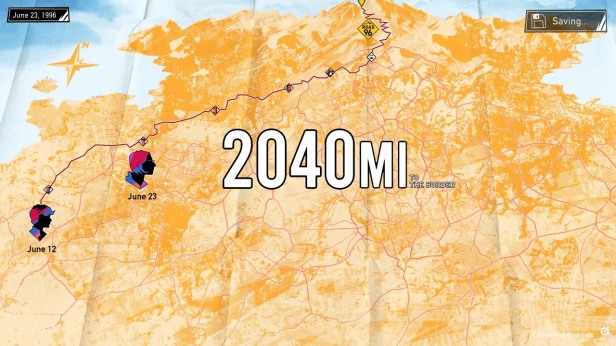 Not even ten minutes into the game and that excitement quickly dwindled. I had to go through a scene where I’m walking along the road and run into a cop who’s patrol car has a flat tire. Wanting to test the game – I started off the conversation by telling her I wanted to cross the border. I was promptly arrested and seated in the back of the car. That is, until I offer to help replace the tire and for some reason, the cop agrees and lets me do just that.

Not only that, but the cop then proceeds to give me her life story and tells me all about her adopted child – mere minutes after meeting her. This kinda blew my mind. I can understand a cop with kids maybe being lenient and letting me go after helping her replace a tire, but giving me this entire life story? It just felt a bit unnatural – and this is a trend that continues well into the game. 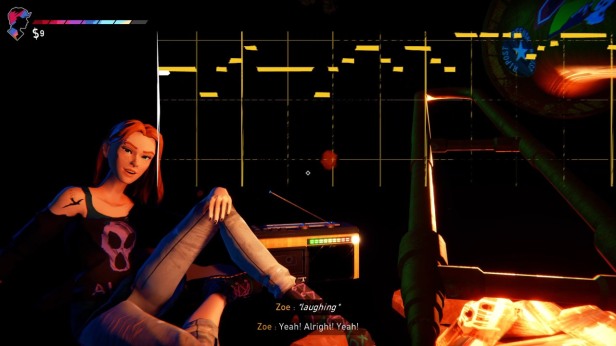 Nearly every single character feels “off” in this way, either being WAY to trusting and open or being WAY too stereotypical to take seriously. You have the “mega hacker” kid whose vocabulary is pulled straight from an Internet forum, a news anchor that blatantly shills the current president and has no personality of her own, and a pair of dimwitted robbers whose sole purpose seems to be comedic relief – and not the kind of comedy you would expect to match the supposedly serious plot, but the kind that might be funny to preteens.

And then there was that time where – right at the start of my second character – I ended up meeting the leader of a political opposition group known as the Black Brigade. Within ten minutes of meeting the man, he told me his identity, invited me into their secret hideout, and told me about their violent plan to change the country at the upcoming election – like, actual terrorism.

The writing here is not subtle in the slightest and is so ridiculous in some ways that it really took me out of the experience. Sure, I get that this is supposed to be a more comedic take on a more serious storyline, but it’s so off the walls here that it completely voids any attachment I would have had with the characters – characters that hardly get any development beyond their one purpose and of course, the emotional scenes completely miss their mark as a result. 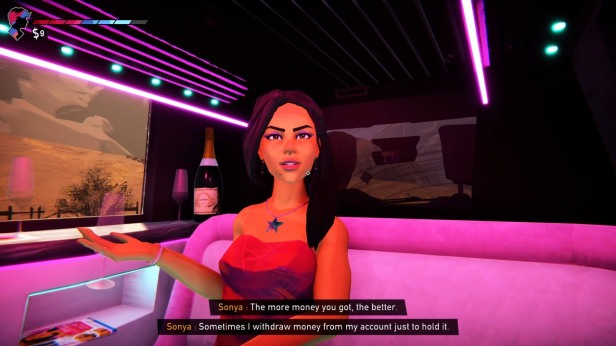 Another thing I noticed was that, despite giving the appearance of being open-ended, the game does put you on rails – more often than I would have liked. A lot of the dialogue, for example, is meaningless. As in, regardless of what you select, the outcome remains the same beyond maybe one or two lines. It was common to say “no, I don’t want to do that” only for the asking character to go “well, too bad” and then continue with their thing.

It’s not always like this, but you can never quite escape this feeling that the game is trying to guide you along a set path – not just with what direction to take your character in, but how to feel about the other characters and what the “right” choices are. It’s a stain on an otherwise solid setup for a choose your own adventure game.

And before I close out the review, I got to mention performance. Because despite the very simplistic graphics, this is an unusually demanding game – the kind where drops from 100 fps down to 40-50 are common, even when running at 1080p medium settings on a 1070 Ti – a card above the system requirements. Hopefully this is something patches can clean up, but don’t be surprised if you have to drop some settings here to maintain that 60 fps minimum. 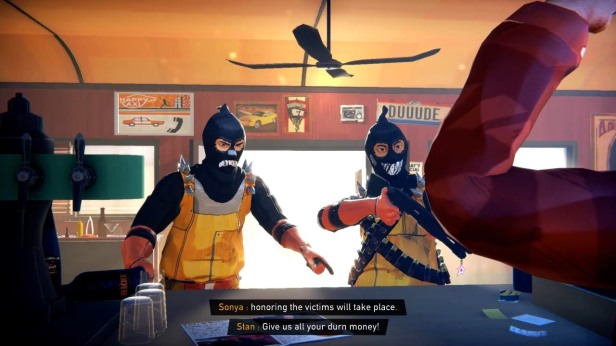 Road 96 has some cool ideas, but ultimately falls victim to its shallow writing and one-dimensional characters – the core to a good story-driven game. The game tries to tell a serious story, yet it matches this with characters that hardly act human and hardly receive any development, not to mention the shoddy voice acting. The comedic focus may have exaggerated the stereotypes sure, but it just does not make for an interesting experience – leaving me disappointed at what could have been. I always hate to bash on games like this that obviously come from passionate indie studios, but I just did not enjoy my time here.

Quote: Road 96 has some cool ideas and a unique plot setup, but ultimately falls victim to its shallow writing and one-dimensional characters – leaving me disappointed at what could have been.

Road 96 retails for $20 USD on Steam, but you can get an official Steam key cheaper using my Gamesplanet partner link. It is also available through GOG and on Switch.