Little bit delayed, but I’m back with yet another list of neat games that may have flown under your radar this past month. There are seven of them this time – a good mix of genres and hopefully at least one of which you’ll end up interested in. As usual, thanks to the publishers who sent these games to me in order to make this list possible and be sure to check out my partner links below where you can get some of these cheaper than on Steam.

Sometimes all you need is a room full of enemies and a magical boomerang to make a fun video game. That’s basically Boomerang X, a short (around 1-2 hour) indie experience where your sole goal is to take down rooms full of baddies using perhaps the coolest boomerang in all of video games. Normal shots, charged shots, time slowdowns, scatter shots, needle shots – it is a very versatile boomerang and the fact that you can teleport in its direction after thrown makes this a very movement-heavy game.

This game is the definition of a twitch shooter, where fast reflexes and speedrun strats are rewarded – both through in-game abilities and achievements. Enemy designs are reasonably varied and the level layouts are very cool on top of that. There’s really not much to complain about here other than maybe it being too short. A solid fast-paced shooter all things considered and definitely worth a look.

Steam page. Boomerang X retails for $20 USD and is also available on GOG and Switch. You can get a Steam key with $2 cashback using my Gamesplanet partner link.

Song of Farca is a bit of a unique adventure game. For one, the vast majority of the game is played on the protagonist’s computer. It takes place in a world where technology has become so far ingrained into society that it would cease to function without it and you, playing private detective Isabella Song, must navigate your way through the cyberspace to solve various cases.

You’ll be hacking, researching, flying around drones, social engineering, and using whatever digital means necessary to acquire the information you need. Choices do matter in this game and some decisions you make during certain cases will affect the overall plot. It’s a pretty cool experience and if you’re into hacking games then it might be one to check out.

Steam page. Song of Farca retails for $20 USD and is also available on GOG. You can get a Steam key 10% off using my Gamesplanet partner link. 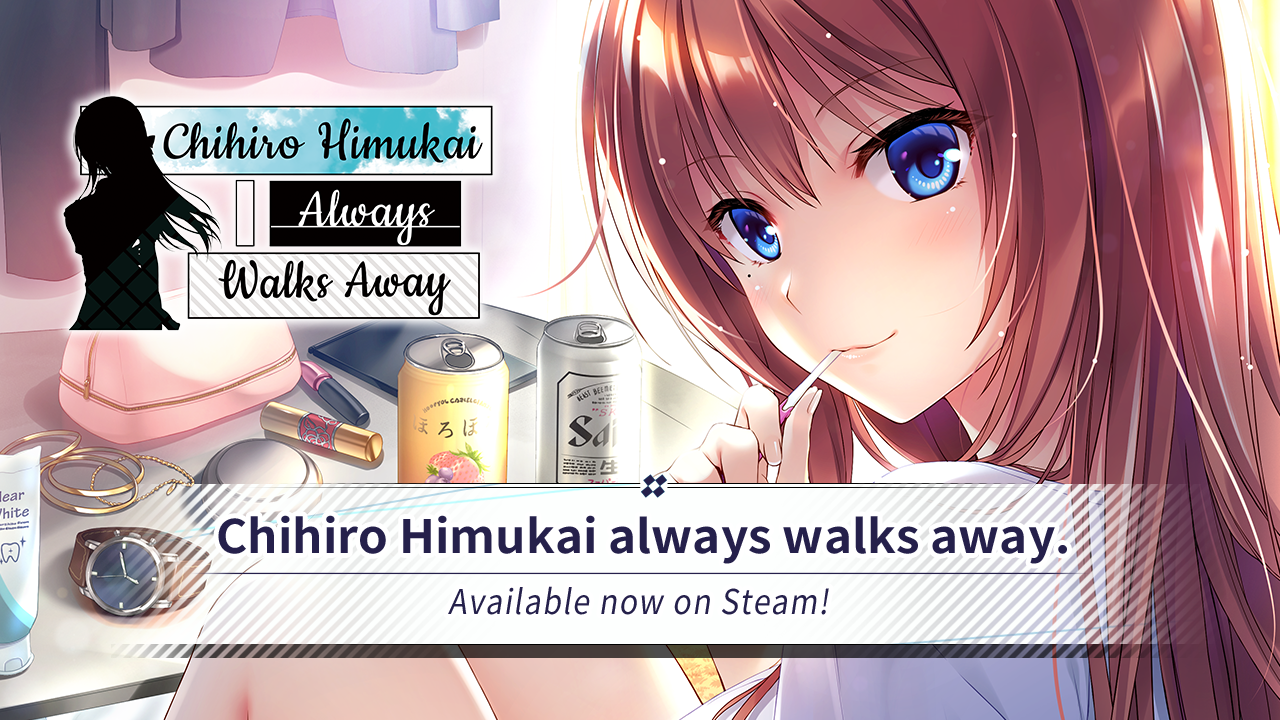 With most romance visual novels nowadays, you usually get your common route and maybe four or five heroine routes – with some overlap between them. It’s not often that we get a VN like Chihiro Himukai, which plays more like a bite-sized romance focused on just ONE heroine. Its also not often that we get one such VN where all of the characters are proper adults and working real jobs. So yeah, this VN was a bit refreshing.

The plot is as linear as they come, but I liked getting to know Chihiro and seeing this relationship develop in its own way. As the characters are adults – yes, there are adult themes here. In fact, it kinda plays a central role in the story (without going full nukige) – so that’s something to keep in mind if you’re expecting a more pure love story. Still, it’s a decent read for its length (around 4-8 hours depending on your reading speed) and I’d recommend it to fans of romance VNs.

Steam page. Chihiro Himukai Always Walks Away retails for $20 USD and is also available on Johren. A free 18+ patch is available for the Steam version.

Eldest Souls is as straightforward a game as they come. It’s a fast-paced action RPG boss rush with a touch of Souls-like combat. No extra bits thrown in there, no overcomplicated game mechanics – just a fast and fun sequence of boss fights with some really solid core combat. Hits have weight behind them, movement is responsive, and the skills and abilities on top of that are nice to have too. The graphics as well – the environments are surprisingly detailed given that you might be looking at them for just a few seconds while trekking to the next boss.

And yes, the boss designs are cool too. There are some easier ones, but some that have really unique attack patterns and offer up a decent challenge. The game took me around three hours to clear, but that time is entirely dependent on how much of a gamer you are. If you are a god gamer and take down bosses on the first try, it might take you just an hour and a half. And if you’re not used to these Souls-like games, it might take you several more hours. It’s challenging, but definitely worth a look for fans of such games.

Steam page. Eldest Souls retails for $20 USD and is also available on GOG, Switch, PS4, PS5, Xbox One, and Xbox Series X|S. You can get a Steam key 20% off using my GMG partner link.

So here we have a top-down action-RPG shooter that is so cyberpunk that it hurts. Like, it’s literally the closest we’re going to get to a Blade Runner game that isn’t the point-and-click one from decades ago. It’s called The Ascent and I will admit, at first I was not really into it. It controls weird on controller and the gameplay was somewhat basic. Giving it another few hours though (and changing to mouse and keyboard controls) and I grew to like this little top-down shooter.

The core combat feels great, the weapon variety is nice, the level design and overall aesthetic are some of the best in the genre, and the drop-in drop-out co-op is nice to have too. The story is a bit weak (I still don’t really know what is going on), but the RPG mechanics are really heavy. There’s a bunch of skills, abilities, upgrades, and this entire inventory system to play around with. And of course, you have your traditional main and side quests. It’s a bit buggy in co-op in its current state, but worth a look if you can catch it on sale – maybe after a few patches.

Steam page. The Ascent retails for $30 USD and is also available on Xbox One and Xbox Series X|S. You can get a Steam key 10% off using my Gamesplanet partner link.

Otome is a genre that I feel a lot of visual novel fans tend to overlook (myself included). So I was kinda excited to check out Bustafellows – an otome VN combining some of my favorite themes in the medium (particularly crime and life and death drama). You play as Teuta, a journalist with a strong sense of justice and a mysterious ability that allows her to jump into the bodies of others to view the past.

As you can imagine, the rest of the cast is entirely male – each with their own unique profession. There’s a lawyer, an assassin, a hacker, a plastic surgeon, and even an autopsy specialist. Our protagonist witnesses the death of that very lawyer and embarks on a journey to save his life – jumping through time and becoming involved with the others in the process. It’s honestly a bit wild, but I won’t deny it makes for an interesting reading experience. And although it is a crime VN first, there is romance here and the story itself is pretty meaty at around 30-50 hours. The PC port is a bit rough around the edges (as usually is the case with PQube releases), but it’s a neat VN all things considered.

Steam page. Bustafellows retails for $40 USD and is also available on Switch.

Skyships, pirates, an open world – Black Skylands is a pretty neat little sandbox game for being in Early Access. It basically plays like a top-down shooter with this massive crafting, building, and managing side to it. You complete missions, upgrade your base with new buildings, take over other islands, and really just explore this world and do pirate stuff. There’s even a light story to tie it all together, giving you a brief tutorial for about 20 minutes or so before letting you loose.

The core gameplay after that point is fairly polished for an Early Access title, with solid combat, movement, ship navigation, and crafting. Granted, it’s not perfect and could use some improvements (more content, less grinding), but the base is solid and I did enjoy my time with it.

Steam page. Black Skylands is currently in Early Access and retails for $20 USD. It is also available on GOG. You can get a Steam key 10% off using my Gameplanet partner link.

And that’s all I got for this month. A couple VNs, a brutal Souls-like, a hacking game – hopefully one of them caught your interest. Anyways, I’ll be back again this time next month with another one of these, so be on the lookout for that!