A bit late to the party, but I just finished Biomutant the other day. I know the game got mixed reviews, but I went into it without reading or watching any of them – to give myself a fresh perspective.

Alright, so I know this is coming from  a smaller studio and all, but I am gonna be completely honest here: I did not enjoy Biomutant and do not think it is worth the time, much less the money. Now that I have spoiled the rest of the review, let’s get into specifics.

First up you have the combat. At first glance, it actually looks fine. You have different weapon types, this whole combo system, and a bunch of other abilities and perks to unlock. That aspect is fine, but the problem is the base itself – the combat just does not feel right. I may be jumping to and from enemies and knocking them down, but I do not feel that impact, that weight that really carries combat-heavy games like this. Instead, it comes across as a mindless spamming of buttons until all of the enemies are dead. 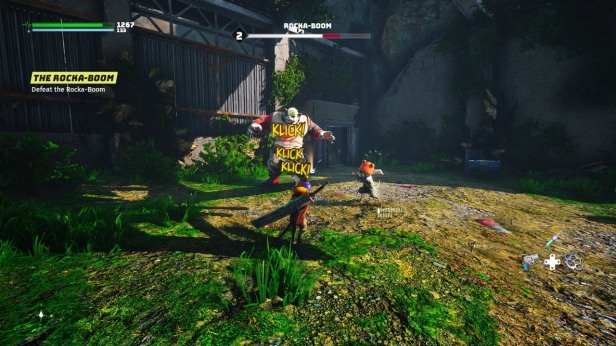 As much as the other abilities and combos may appear to add to the experience, they don’t quite give the game that sense of meat it needs – leaving the overall combat feeling bare. This of course lends to the experience growing repetitive as the game goes on. Different enemy types are introduced, but you mostly deal with them in the same way.

Exploration follows a similar path. This is yet another one of those open-world games that is really just a collection of copy-pasted encounters and areas scattered across a larger, more barren world. This is no Fallout or Witcher, it is much more comparable to the open-world design of Days Gone. Sure, there are some unique things, but it is not quite dense enough to really make the exploration feel rewarding. I would come across a new rundown building or such, defeat the enemies hiding within, and come out with just some random scrap or other useless items I don’t need, hardly enough to make it feel worth the effort. 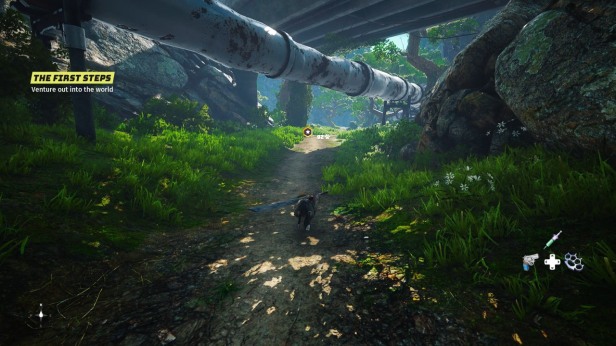 Then there’s the fact that some of the encounters are straight-up copy-pasted. This is easily evident in the “fort takeover” questline that has you going to the different enemy forts and claiming them for your own tribe. At one point I thought I somehow mixed up which fort I was at, but nope, I was at the right enemy fort, it was just the exact same design and layout as the previous one, just in a new location.

I will give the game some credit – the different mounts you use to explore the world are very cool and easily one of my favorite things about the game. It’s just that they’re kinda wasted when the exploration itself is boring.

On a grander scale, I couldn’t quite escape this “checklist” feeling while I was playing. It was like the devs were going down a list of things they MUST have in their open-world game. Loot, crafting, side quests, factions, bartering, puzzles – it is all there, but only to the game’s detriment. I mean, it’s kind of hard to have fun with all of these if the core to the game is not polished, but that pretty much sums up Biomutant.

Take the entire crafting system for example. You CAN spend the time to hunt for rare materials and slap them together for a strong weapon, but that weapon is quickly made redundant when you find an even better, fully-formed weapon from some quest or tribe. It’s just unnecessary and left me with an inventory full of various crafting components that would go unused. The game goes way overboard on having all of these mechanics in place but does not actually spend the time to make them engaging or even fun – and that’s ultimately what brings down the experience.

Of course, I should mention the story. I won’t say it’s the worst thing around, but it’s pretty boring overall. You get these awkward cutscenes that constantly cut and jump around, some incredibly predictable plot developments, and a narrator that makes the entire game feel like a children’s book. A character will say something for two seconds and the narrator somehow turns that into an entire paragraph and speaks with the same tone you would use for a child’s bedtime story.

Maybe this was the intended effect, but I found it to be a bit jarring given the post-apocalyptic nature of the setting and the occasional serious themes that come up, much less the fact that the game is already rated T to begin with. 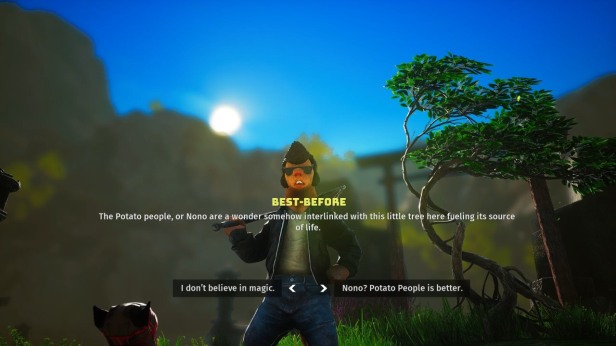 The graphics are probably the best thing the game has going for it. I won’t deny, it looks fantastic. Animals running everywhere, nature overflowing on a world that used to be, and an overall bright and colorful look that is a welcome change of pace over the other post-apocalyptic games we get that are just gray and boring. The music and sound design aren’t quite up to par with the graphics here, but I wouldn’t say either are “bad”.

As for optimization, it is mostly okay. I am still on that 1070 Ti and was able to play the game at an average of around 70-80 fps on medium settings at 1440p, but I did have occasional dips to 40-50 or so when in larger, more effect-heavy areas. It’s not the most demanding game, but expect to turn down some settings if you’re still on an older graphics card.

Biomutant is a game full of good ideas, but it doesn’t spend enough time making them engaging or even fun, resulting in a mediocre experience at best. You can have all the crafting, loot, side quests, and such you want, but when the core combat and exploration isn’t fun, it all goes to waste. Tack on a boring story and it just is not worth the time at that point. A disappointment, as this was a game I was looking forward to for years.

Quote: Biomutant is a game full of good ideas, but it doesn’t spend enough time making them engaging or even fun, resulting in a mediocre experience at best.

Biomutant retails for $60 USD on Steam. It is also available on GOG, PS5, PS4, Xbox Series X|S, and Xbox One.