Another year, another Neptunia game. And yes, it is yet another remake. Maybe one day we’ll get a new entry into the main series – but for now we have ReVerse, the first PS5 entry for the series and the third console generation that the original Hyperdimension Neptunia has appeared on.

Alright, so this is going to be a super-quick review – as this game is not much different from the last version: Re;Birth1. If you have played that version, then you already know what to expect here. It’s got a great turn-based combat system with a cool combo mechanic, a story that constantly breaks the fourth wall but never fails to entertain, and a cast full of unique characters – of which Noire is still the best of course.

It is not a bad game by any means – in fact, it’s actually one of my favorite Neptunia games. I played it years ago and it was nice to revisit it in upgraded fashion here in ReVerse. The graphics are updated and – while definitely not as good-looking as other PS5 games – it is probably the best-looking the Neptunia series has ever been. The sound too. I actually don’t know if it’s just the PS5 with its upgraded audio and all, but the sound design in ReVerse is a lot better than what I remember from any other Nep game. 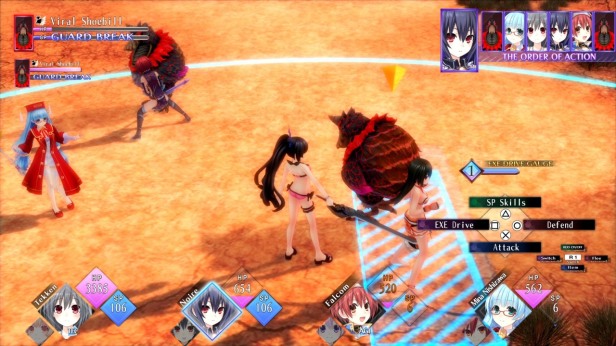 So on that front, it’s automatically the best way to play the game and an easy recommendation if you’ve never played it before. Of course, it’s a completely different story if you HAVE already played it before like myself. The additions here are nice and all, but this is still basically the same game – it’s just slapped with a premium price tag and ported to a new console.

Of course, there are some additions outside of the graphics and sound that warrant noting. First of these is the new “arrange mode”. This mode – which you can choose upon starting a new game – allows you to pick from any character across the entire roster (27 total) for your party right from the start of the game. As you can imagine, this does mess with the balancing a bit.

At first, I thought it would be easier given I have access to these strong characters from the start, but once I got to the bosses, I started to struggle a bit – so it is definitely tuned in some way to accommodate. Regardless, it was nice to at least have this option – I got to play with some of my favorite characters that I wasn’t able to in Re;Birth1. 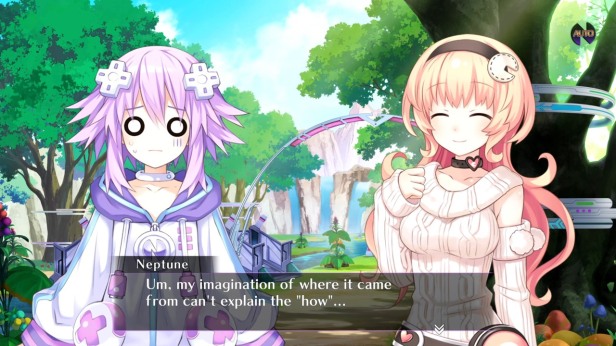 Then there’s the new “fishing” mini-game – the only addition in this remake that seems to support the haptic feedback triggers on the DualSense. In this mini-game you simply equip your rod and bait, throw it out there, and fish up items, fish, and monsters that will attack you. It’s a nice distraction from the main game sure, but it’s still just fluff – not really something you’ll be spending a lot of time at and nowhere near the “big new feature” level that the marketing makes it out to be.

Honestly, the biggest gameplay change would probably be the increased party size from three to four. It’s a simple change, but for a game full of battles where positioning is just as important as the moves you use – it does shake it up a bit. There are more minor additions too, like newly designed UIs, a completely redone tutorial, and the inclusion of event text from the original Hyperdimension Neptunia. 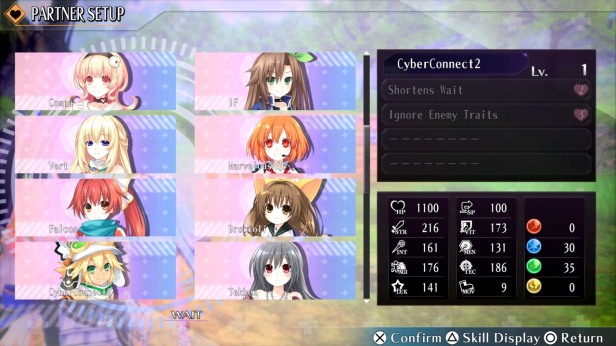 But it is with that said that I will still be giving Neptunia ReVerse a split recommendation. If you have never played it before – it is a solid pickup and a great way to get into the Neptunia series. However, if you have played the original or Re;Birth1, then it honestly isn’t worth it. You’re basically paying for the same game with upgraded graphics and some slight additions. I guess it comes down to how big a fan you are, but I consider myself to be one and still see this for what it is: an unnecessary rehash of an already good game.

Quote: Neptunia ReVerse is an okay upgrade of the classic and a good choice for newcomers. For those that have already played the original though, there is not enough here to justify paying for it again.

Neptunia ReVerse retails for $50 USD and can be ordered directly from the publisher. A limited edition is also available for $85 USD.