It has not even been three months since the release of Ryza 2 and we are already getting more Atelier. Not just one, but three new releases – definitive versions of each game from the Mysterious trilogy. As a fan of the series, I’m definitely not complaining – I haven’t had the opportunity to play this trilogy, so this was the perfect time to hop in.

The Atelier Mysterious Trilogy Deluxe Pack is a re-release of the three games from the Mysterious Trilogy: Atelier Sophie, Atelier Firis, and Atelier Lydie & Suelle – the 17th, 18th, and 19th games in the Atelier series. Each has been given the “definitive” treatment, bundling together a bunch of costumes, BGM packs, item sets, and even new events and features alongside other DLC. Sophie, for example, has a brand new “despair” difficulty and a new “sequel episode” to further her story. Firis has two new playable characters, new gathering spots, new vehicles, and new quests with stronger bosses. Lydie & Suelle also has new characters and areas, but throws in a new “painting world” with a bunch of new quests and bosses to tie in with the spin-off game Nelke & the Legendary Alchemists.

Each game was already a 30-50 hour thing, so having all of this content on top of that is a nice added bonus – especially for those playing for the first time like myself. And of course, there’s also minor changes and additions for each, including photo mode and quality of life adjustments like faster battle speeds. They’re not perfect (each game is still missing auto-text advancement, for example), but an improvement nonetheless and now the best way to play the trilogy.

And yes, this series is meant to be played as a trilogy. It is not an absolute requirement, but the Atelier games generally have a decent story focus and that is visible here. Right at the beginning of Firis, for example, the main character of Atelier Sophie shows up and you kinda miss the impact of that if you skipped over Sophie. Still, writing has never really been a strong area for the series and the Mysterious trilogy is no exception. It’s not bad – and might even be better than Ryza’s writing – but still not something I would recommend the games based on.

I will give credit to Firis though, I really liked how the plot was set up there. Usually, Atelier games are set in this bright and colorful world, but Firis has you starting in an underground city that fears the surface – similar to Gurren Lagann. And it’s sandwiched in-between these other two games that are bright and fluffy – kinda makes for an interesting dynamic and reminded me of the Dusk trilogy (my favorite setting across the entire series).

However, what the series is known for is crafting, gathering, and combat – all of which the trilogy tackles in its own unique way. Crafting may be a bit simple compared to the likes of Ryza, but all three Mysterious games make use of this interesting grid-style system. You throw in your ingredients and they have these specific shapes that you align on a grid to earn bonuses – it honestly felt like I was playing Tetris in a way. And it can also be as complex as you want it to be. You can simply slap down the ingredients and call it a day, but there is a lot to be gained by optimizing ingredient placement and quality levels. It’s a cool approach overall and I enjoyed seeing it change over the course of the three games.

The same could be said for the gathering. In Sophie, it is very straightforward and the gathering spots are not big at all. Jump to Firis and you get the first Atelier game with large, open areas – only to then be expanded on with Lydie & Suelle. I won’t deny I wasn’t the biggest fan of how simplified it was in Sophie, but it at least picked up as it went on. Firis, on the other hand, has the added feature (or negative depending on who you ask) of a time limit. For roughly the first half of the game, you are given a one-year time limit to beat before the rest of the game opens up to you. Combat, gathering, crafting, and traveling all tick away your time, so you can’t simply do everything right off the bat. It is a generous limit though, so not too much of a problem if you do the bare minimum of balancing.

And then there’s the combat, which goes back to the original turn-based structure as opposed to the action turn-based of the latest couple Atelier games. An action bar determines turn order and various things can affect a character’s position on it, with each game adding little elements of their own to ramp up the complexity. Sophie is the most basic of the bunch, but then Firis adds stuff like chain burst and sub-weapons and Lydie & Suelle introduces this whole collaboration battle mechanic. Again, it was nice to see this evolution and I’d be lying if I said I didn’t miss this style of combat in the series.

As for the graphics, well, that’s a bit more iffy. Atelier Sophie was the first game in the series to be released on PS4, but it was also released on PS3 and I believe that may have had an impact on its overall look. That being one of very blocky and lifeless cities and a stark contrast between the quality of the character models and the environments – so yeah, not the best-looking game. Firis and Lydie & Suelle are a massive step up, so I couldn’t help but notice and wonder if they maybe should have put more into upping the graphics for this version. 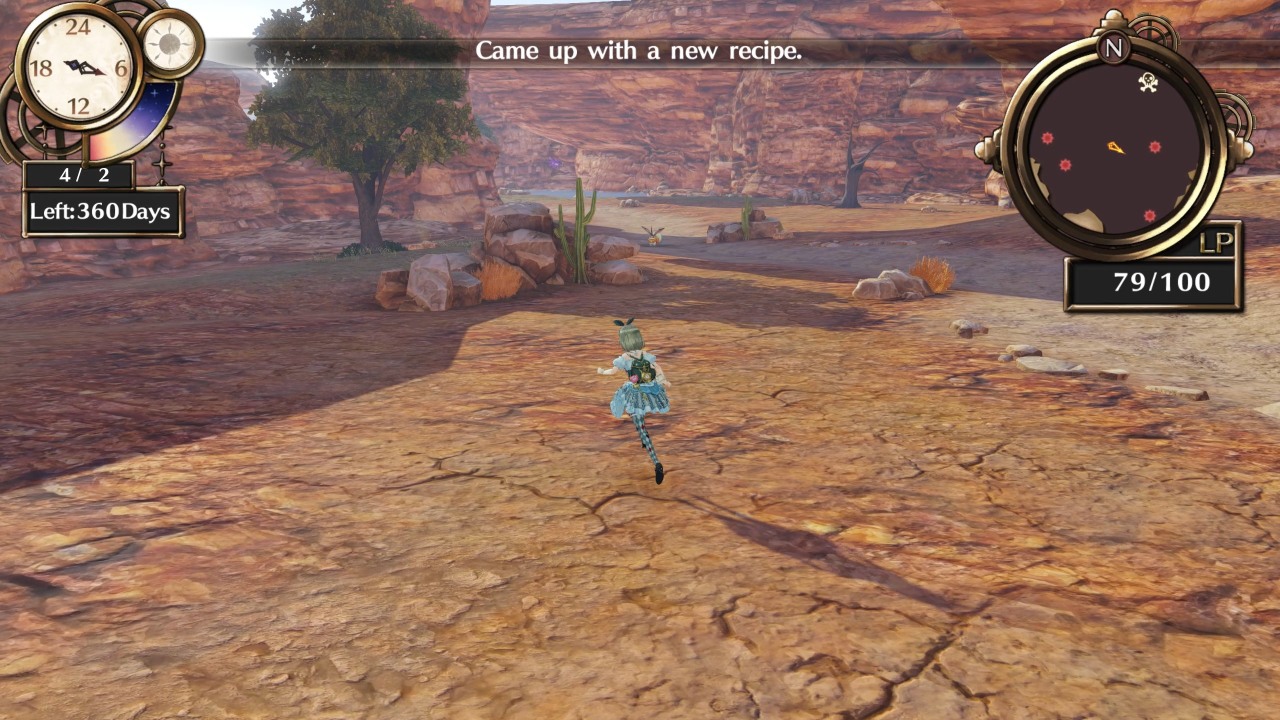 The music on the other hand, absolutely no issues there. I may not have played these games beforehand, but I have listened to their soundtracks and finally being able to hear it in-game was a really cool experience. It’s hard to pick a favorite of the three, but if I had to – probably Firis, the opening theme in particular is a bop. Similar things can be said about the voice acting – high quality across the board and the first two games even have an English option for those that want to go the dub route (although do note that those two are only a partial dub and do not cover as many lines as the Japanese does).

And of course, I should discuss the port. As is the case with most modern Koei Tecmo PC releases, these ports have their ups and downs. For example, all three appear to support uncapped framerate, but in reality, the only one I could get to a constant 144 fps was Sophie – the other two hovered between 60 and 100. Granted, the required system specs are higher for those two, so that’s just something to keep in mind (I myself am on a 1070 Ti). And I should note that this was all at 1440p, which the games natively support this time – a definite bonus over some of the past Atelier games that required you to edit config files and such.

Once they were all set up, I was good to go. No crazy fps drops, no crashes, it was a relatively bug-free experience for the time I played each. As for the controls, well, it is a Koei Tecmo port so that also comes with a big asterisk. Controller works fine right out of the box, but keyboard and mouse is still a bit of a pain. They are at least rebindable this time, but the mouse support appears to be broken. For me, it would constantly jump whenever I moved it and it made the games practically unplayable – so this is definitely one you’ll want to have a controller for.

It may have its shortcomings, but the Atelier Mysterious Trilogy Deluxe Pack is still a nice overall package – bundling together three good Atelier games while adding in a bunch of new content and other minor changes. The ports may not be the greatest (as is usually the case with Koei Tecmo games on PC), but this is now the best way to play the trilogy and a great way to introduce it to some of the newer Atelier fans.

Quote: The Atelier Mysterious Trilogy Deluxe Pack is a nice overall package, bundling together three good Atelier games while adding a bunch of new content – an easy recommendation for fans of the series.

Each retail for $40 USD but the trilogy be purchased as a pack for $90 USD if you want all three. They are also available on PS4 and Switch.

I will be coming back to this trilogy and giving each game a full, proper review as I complete them, so do be on the lookout for that!

I was provided a review copy of each game in order to write this review. Read more about how I do my game reviews here.