So there’s been a lot of talk about this game – and most of it bad. I decided to ignore all of that press and go into it completely blind. I am a massive 3D platformer fan and Yuji Naka, the director behind this game, also produced Sonic Adventure, one of my all-time favorites. So yeah, I was pretty excited to finally give Balan Wonderworld a play.

Balan Wonderworld is a game that starts off strong. It begins with this snazzy, musical cutscene that sets the tone for the rest of the game – one of wonder and a whole lot of dancing. The game as a whole has a very striking aesthetic. Tons of colors, vibrant characters everywhere, and some truly weird designs. It has a similar look to another one of Naka’s games – Nights into Dreams – so if you are familiar with that, that’s basically what to expect here. I can imagine some will be turned away by this aesthetic, but I kinda liked it – it’s unlike anything we really get in the genre nowadays.

The music on top of that really sells it though. It’s mainly composed by Ryo Yamazaki, who is known for work on Front Mission 4, Final Fantasy Crystal Chronicles, and Final Fantasy XIV, so yeah, absolutely no disappointment there. It too has that vibrant feel and sense of wonder to it, coupling well with the visuals and honestly, a bit reminiscent of the platformers from the PS2 and GameCube era. It is 100% going to be a soundtrack I come back to outside of the game to give the occasional listen to. 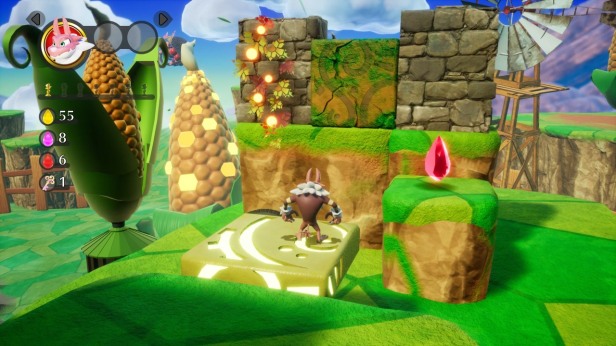 And then you get the gameplay. You can have all the pretty colors and nice music you want, but when your gameplay boils down to a one-button platformer, it just loses its appeal. That’s the entirety of Balan Wonderworld, and it pains me to say as someone that was really looking forward to it. All four face buttons on whatever controller you are using do the exact same thing in the game. On my Xbox controller, even the triggers do the same – so that’s six total buttons mapped to the same action. This extends even into the menus, where “B” does not send you back and does the same thing “A” does. You have to actually navigate to the “back” button on-screen to go back.

You would think, “okay, so how do you use abilities then?” and that’s actually part of the problem. If you have no costume equipped, your action is jump, but depending on the costume you have on, that jump may be replaced with a ranged attack, a short distance teleport, or some other action that otherwise removes your ability to jump. Yes, this is a 3D platformer that outright removes your ability to jump, can’t say I’ve seen that before.

To get your jump back, you have to swap to another costume – of which you can have three available at any time. However, to swap between costumes you need to go through a short animation every single time. This results in scenarios where you swap to a costume to jump, swap to another to activate some switch or button, and then swap back in order to jump away – with the animation playing in-between all of these. This quickly becomes annoying and it only gets worse as you unlock more and more costumes to cycle through.

The actual costume variety is vast, but a lot of them are simple variations or even outright clones of each other. The Jumping Jack costume, for example, allows you to do longer jumps by hovering in the air for a little bit – similar to Yoshi’s jump in Smash Bros. Then you have the Bubble Blower costume, which  allows you to float in the air for a little bit by riding a bubble. Both accomplish the same thing, but the Bubble Blower comes with the added negative of the bubble popping on contact with any surface – effectively making it a worse version of the Jumping Jack.

Another example in the water stage would be the Jellyjolt and Dynamic Dolphin costumes, both of which allow you to travel through water currents, but only the latter allowing you to actually jump while in the water. The Jellyjolt instead has the bonus of an electrified jump attack when on land, which is pretty much useless as you can just jump on enemies with the Dynamic Dolphin to accomplish the same thing. These are just a couple examples though, there are eighty different costumes and you could easily cut that in half without losing much. Instead, the game forces you to constantly swap between them all in order to accomplish the simplest of tasks. 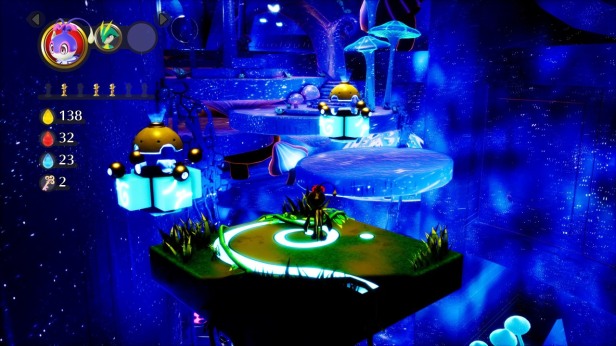 And no, not all of these costumes are fun to use. Although some of the later ones are definitely pretty cool, there are still several I actively despised using, either because they did something worse than a similar costume or because their effect was simply a pain. There is quite literally a costume that’s ability only works “when it feels like it” – those are the exact words from the game. And then you have the fact that being hit by an enemy once removes your costume entirely, forcing you to trek back to where you found it to get another copy. Yes, the costumes in this game are not unlocked permanently when you find them, they are actually CONSUMABLE.

So if you have your favorite costume on and get hit in one of the later worlds, you might have to trek all the way back to another world entirely just to get that costume. This encourages farming for the costumes you like, to keep up a good supply to equip at checkpoints and it is absolutely NOT what this games needs. The costume mechanic is great on paper, but there’s so many issues with it that, when combined with the one-button platforming, just makes it an absolute bore to play.

I did at least like the level design. It’s got the hidden statues and other goodies to hunt for and it does a good job encouraging you to use costumes from other worlds to reach new areas. It also has a nice sense of variety to it, with each world being very different from the last. That part of the game was fine, it’s just that it’s completely wasted on this tedious costume mechanic.

The story is a bit of a mixed bag. It’s told without any dialogue (aside from a few lines) and mostly through these cutscenes before and after you enter each new world. The cutscenes look great and I won’t deny, I kinda liked how the characters would just bust out dancing at random after each boss fight. That said, the story is mostly random nonsense stringed together, with no clear plotline or other driving force. Each character’s story does at least provide a backdrop for the different levels, but I can’t say I’ll remember this game for its story.

Performance on PC is also a bit of a mixed bag. On one hand, it runs well at 1440p 60 fps without any fps drops. On the other though, it is capped to that 60 fps and the camera can be a bit finicky. Either zooming too far in or otherwise being uncooperative, I had to struggle with it at times. I also ran into a total of one crash, but that was fortunately right at the beginning of a level, so I didn’t lose anything. As for the controls, well, given the one-button nature of the gameplay, it’s kinda hard to have any issues there. 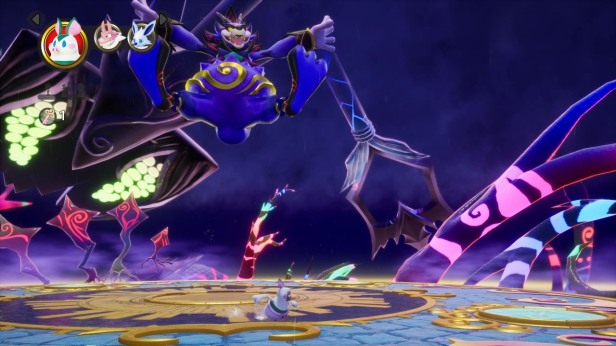 Balan Wonderworld is the biggest disappointment of the year for me. As a huge fan of classic 3D platformers, I really wanted to like this game. And yes, it does have some good graphics, level design, and music too, but that is ultimately brought down by its one-button gameplay and tedious costume mechanic. No, it is not fun backtracking to stock up on costumes and no, it is not fun to have the gameplay revolve around this constant swapping of costumes to do something as basic as jumping. I certainly don’t think it’s as outright terrible as many others seem to suggest, but it’s still pretty bad and a massive disappointment given that I had originally placed it in my top 10 upcoming 2021 games.

Quote: BALAN WONDERWORLD is the biggest disappointment of the year for me. It may good graphics, level design, and music, but that is ultimately brought down by its outright boring and tedious gameplay.

You can buy BALAN WONDERWORLD on Steam here. It is also available on Switch, PS4, PS5, Xbox One, and Xbox Series X/S.