A bit late to the party, but I just finished Mafia: Definitive Edition. It was my first time with the series and I gotta say, I can understand why it’s praised.

So lets start with what exactly this game is. The Definitive Edition is a remake of original Mafia PC game, which released to positive reception all the way back in 2002. It’s built from the ground up with improved graphics, a redesigned game world, quality of life improvements, and other additions that otherwise expand on the gameplay.

I may not have played the original game – so I won’t be doing comparisons here – but this one definitely doesn’t look bad. There’s a lot of detail to the game world, the models look good, texturing is fine, and the overall graphics are good for what the game is. It also runs reasonably well. I say reasonably because it does fluctuate around 60 fps a bit (mostly in the range of 10 frames), but it’s not wildly unoptimized like a lot of other recent AAA releases. I played through the game in its entirety without any major drops, freezing, crashes, and the other usual suspects. That’s not to say it wasn’t a little bit buggy – as I had the occasional flying police car or debris shooting into the sky – but it’s pretty polished overall.

I had similar impressions with the overall gameplay – good, but with a few hiccups. Driving missions, for example, can feel a bit clunky and the game does have a few boring trailing and escort missions – something I imagine most people don’t enjoy. However, those are made up by the really solid variety offered by the rest of the missions. Whether that be assassinating a target Hitman style, infiltrating an enemy building and blowing it up, or gunning down waves of enemy mafiosos in a turf war – the different missions keep the experience from getting old. They manage to touch on all of the bases for what I would expect from a Mafia-themed video game and, as a fan of that theme, I had great a time with it.

However, it is also important to note that the way these missions are structured does lead to a more linear experience. You complete one, watch a cutscene, complete the next, and so on. For having this big, redesigned open-world, I was a bit surprised by this contrast. The side missions and exploration are instead relegated to this extra “free ride” mode that you have to back out to the main menu to access. I won’t deny I was disappointed to see the main stuff and side stuff separated like this.

Several of the main missions have you driving around this big city and it seems like there’s stuff out there to explore and do, but no that’s behind a different mode entirely and even in that mode the side stuff is just used to unlock bonus collectibles that really don’t have a purpose. It kinda made it feel like two separate games – with the main stuff being vastly superior to the side stuff. Granted, this is a remake of an older game, so I can’t say I didn’t expect this to at least some degree.

The gunplay also has its ups and downs. On one hand, each gun does feel good to use and you can really speed through some of the missions if you land exclusively headshots, but on the other hand, the variety there is a bit limited. You get a few pistols and a few bigger guns, but they all mostly feel the same with the exception of the shotgun. Even the tommy gun can be used the same way as a pistol – just aim for the head at any range and fire a single shot. 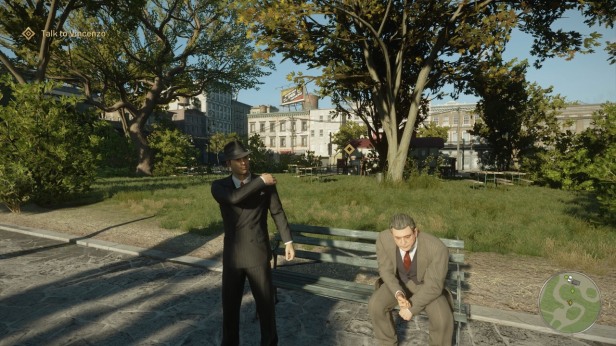 The driving actually offers more variety, with a bunch of different cars to use all with their own unique handling and traits. It can feel floaty at times, especially when hitting indents in the road or going off of small ramps, but it also feels good when you’re speeding down roads, weaving in and out of cars and obstacles trying to get rid of the police.

And of course, there’s the story – a major aspect to this game and also one it does quite well. It follows a small cast of characters over the course of several years, spreading out their development, but doing so in a way that doesn’t feel unnatural. You to get to know more about them as you complete each mission and the story has a really solid grasp on character progression. In fact, that’s the driving force behind the story and it makes for a more cinematic experience, perfect for the game’s length of about 8-12 hours.

It honestly reminded me a lot of the gangster movies from the 70s, 80s, and 90s – which I guess was the intended effect so A+ for that. The ending in particular was really good, and I won’t spoil anything here, but let’s just say that it was the perfect way to wrap up the story while also paying homage to the gangster movies of that time period. Not even just the story sells that cinematic theme though, the music is expertly done to give that same feeling and there’s even a black and white noir mode if you really want that classic look. 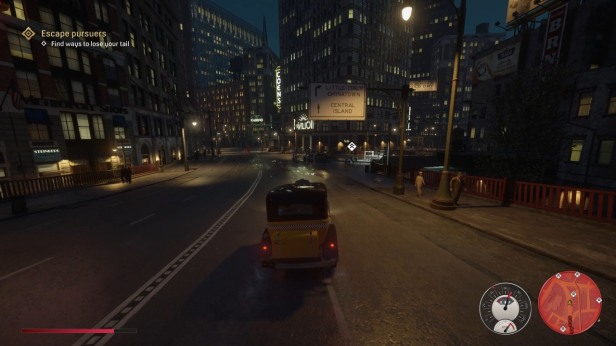 So yeah, I would recommend Mafia: Definitive Edition. Not just on the basis that the remaster is nicely done, but that the underlying game and story is some good stuff. It’s got a nice amount of variety to it, some solid core mechanics, and a good amount of polish on top of that. It’s not a perfect experience by any means, but one I can look back on positively and recommend to others without many drawbacks.

Quote: Mafia: Definitive Edition is an easy recommendation. Not just on the basis that the remaster is nicely done, but that the underlying game and story is some good stuff.

You can buy Mafia: Definitive Edition on Steam here. It is also available on Xbox One and PS4.