Turn-based tactical dash n’ slash with a Hotline Miami aesthetic, that’s what you can expect from Red Ronin. It’s a neat little indie game developed over the last two years by one dude out of Brazil.

Starting with the gameplay. Red Ronin may look like a mashup of genres, but at its core, it’s actually a puzzle game. You’re tasked with clearing each room of enemies and reaching the exit without getting hit. Moving in one direction moves you all the way until you hit a wall and you’ll have to take advantage of this in order to dispatch of each enemy. Seems simple, but this is by no means an easy game. In fact, it’s one of the hardest puzzles games I’ve played in quite some time.

Although it is easy at the start, as you progress, new abilities, enemy types, and environment hazards are introduced and layered on top of each other. One enemy, for example, requires two hits to kill. However, given that you can die if you end your move in front of that enemy, you have to set up the kill in such a way that your dash goes beyond the enemy and he can’t reach you with his own move.

The abilities are core to the experience as well, with one allowing you to freeze enemy movements for a turn and another allowing you to place movement panels on the ground that push you in a direction when touched. You’ll often have to use these in combination with each other to finish each puzzle, especially when taking out that two-hit enemy I just described. 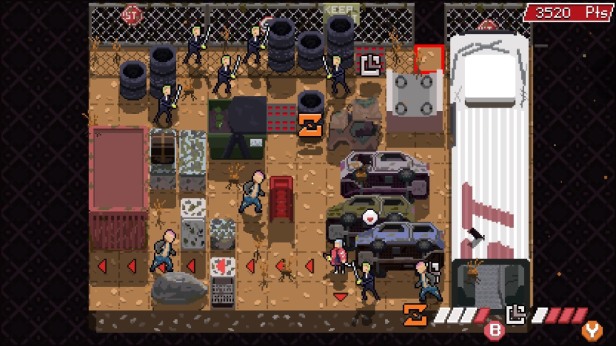 There is a good bit of trial and error involved as you pick up these abilities, but it’s not one of those games that relies solely on it. You can map out your movements ahead of time and even outright pause using tactics mode to see attack ranges on enemies and such.

The variety doesn’t stop there though, some of the later levels even break away from the turn-based nature of the game and introduce real-time elements. A laser that is constantly sweeping across the screen that you must hide behind, for example. There is a lot of creative stuff like this and it really helps keep the experience fresh, not just a bunch of a repetitive puzzles.

These elements aren’t just dumped on you either. The game introduces them one at a time and you’re given a good amount of time to adjust to each before the next is introduced. It’s a fairly smooth difficulty curve and it also helps that most of the puzzles have multiple solutions if you get creative enough. 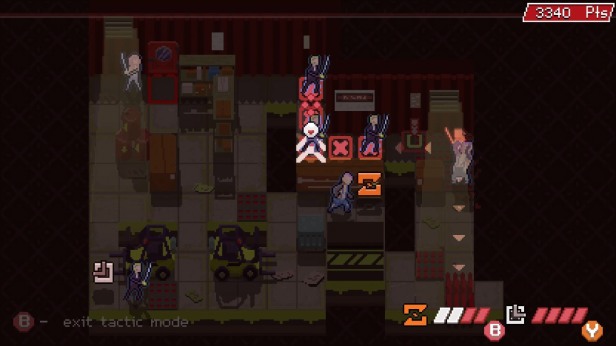 It’s only towards the end where the experience falters, restricting creativity a bit and giving you levels that have very limited solutions. It was a disappointment to see given the near-perfect balance that most of the earlier levels had between challenge and encouraging the player to experiment.

Outside of the core levels, there’s also boss fights – which may sound weird for a puzzle game, but they’re actually quite brilliant. They expertly weave the mechanics you’ve learned up to that point into a larger, more action-focused puzzle. They’re also really difficult and I would be lying if I said I didn’t die a dozen or so times to a couple of them.

For those wondering how long it takes to beat, the dev estimated it at five hours and that’s pretty much spot-on, it took me just ten minutes under that. Granted, I did die a lot, so if you are REALLY good, you might be able to shave off an hour or so. 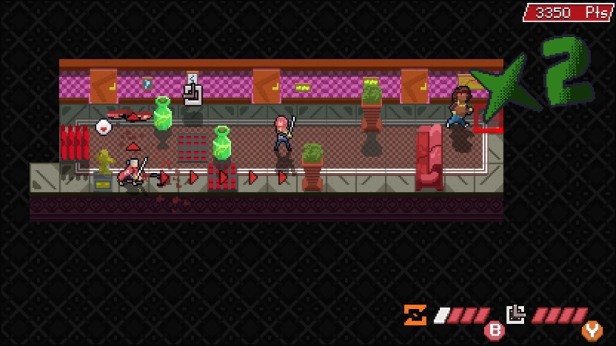 And although the gameplay takes center stage here, I should mention the story – as the game does actually have one of those. It’s a revenge story that’s mostly told through bits of dialogue at the beginning and end of each chapter. These segments don’t take too long and it’s honestly for the better – the story really isn’t anything impressive. You get the bare minimum of backstory for these characters and their motivations, just enough to keep the game going. A bit unfortunate, but again, this isn’t really a story-focused experience.

As for the graphics and sound, they’re both just fine. I can’t say I’ll remember the game for either, but they were at least satisfactory. Like, I had no issues seeing enemies or projectiles on the map and was easily able to pick up on all of the sound cues. No issues there, although I won’t deny that the soundtrack could have been better.

There are also no issues on the performance side of things. I ran it at fullscreen 1440p with no issues. The fps is capped at 60, but it’s at least a stable 60. No crashes, no freezes, no stuttering, I didn’t even run into any bugs – it was a very polished experience. Granted, there’s practically no graphical settings, but it’s not the kind of game that needs a ton of them anyways. I will note that there doesn’t appear to be a way to rebind controls, that’s definitely something that should be patched in. 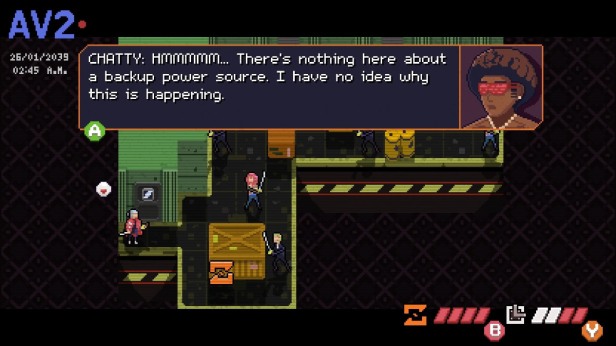 For what appears to be a mostly solo project, Red Ronin is pretty good. Fast and tactical gameplay, creative puzzle design, and a good amount of variety on top of that keep the experience fresh for the five hours that it lasts. It may not be too impressive with regards to story, graphics, and music, but it is well worth a look for fans of puzzle games – just don’t go in expecting an easy one.

Quote: Fast and tactical gameplay, creative puzzle design, and a good amount of variety on top of that are just a few of things that Red Ronin has going for it. Well worth a look for puzzle game fans.

You can buy Red Ronin on Steam here.