I’ve always heard good things about Kingdoms of Amalur and often heard it described as a marriage between Elder Scrolls and God of War – a combo I can definitely get behind. So, when a remaster was announced, I was all for it – it was finally time to see what all the talk was about.

So before getting into the “remaster” part of the game, I’m gonna talk about the base game a bit, as I am first-time player. I gotta say, the comparisons to Elder Scrolls and God of War definitely fit. It’s basically a third-person Elder Scrolls game with the hack and slash combat of the God of War series. You’re given this massive game world to explore filled with tons of quests, factions, and other random encounters that really give the world a sense of life. The story, while generic at times, has a massive amount of lore to it – both told through characters you meet and the supplementary material scattered about.

Then you’ve got the RPG mechanics slapped on top of that, with a bunch of fun and interesting skills to level up and abilities to unlock for combat. There’s blacksmithing, alchemy, speech, lockpicking, stealth – all the staples of a good RPG, but all executed with enough depth that they don’t just feel tacked-on like other RPGs. Granted, the game’s RPG mechanics may have aged a bit, but given the time period in which the game originally released, it’s quite impressive – and I can see why it got such praise back then.

The combat is also noteworthy. It can be a button mashing fiesta or a skillfully thought out process depending on how you tackle it. There’s a wide variety of weapons to use, magic and abilities to combine with those weapons, and some basic mechanics like blocks, parries, and dodges to give it a bit more movement. I personally had a great time going right in with a war hammer and tanking hits with my massive shield, dodging the occasional attack before getting in a heavy damage three-hit combo.

So all of this sounds great and I could see myself giving it a good score if I reviewed it back when it came out. However, this is a remaster and it is important to discuss its value as one. Put simply: it’s not a good remaster. Not only does the game still have a bunch of technical issues, but it honestly doesn’t even look that good. The devs have talked up how they reworked textures and improved the rendering engine, but it still looks like something that came straight out of 2012, albeit, displayed at 1440p.

There’s plenty of low-res textures, flat models, and an overall lack of world detail that can leave many areas in the game feeling bare. What’s surprising though is that the performance is spotty on top of this. You would think that a game that looks like this would run well all the time, but that is simply not the case. Despite being well above the recommended system requirements, I still ran into random fps drops in some areas and even outright freezing in others – sometimes in the middle of combat. Then you’ve got assets popping in and out, random artifacts appearing in some areas, and a camera that can be straight-up uncooperative at times.

I was at least fortunate enough to not run into any crashes like what’s being reported all over Steam, but with so many issues, I have to wonder what exactly the priority was with this remaster? The fact that it’s getting DLC next year is definitely not helping its case either. As it stands, it looks like they just ported the game over with the smallest of changes and passed it off as a remaster. Now, I will give the devs some credit, some of these changes are nice to have – like better overall balancing and anti-aliasing. The overall package though, I would just sum up as disappointing. 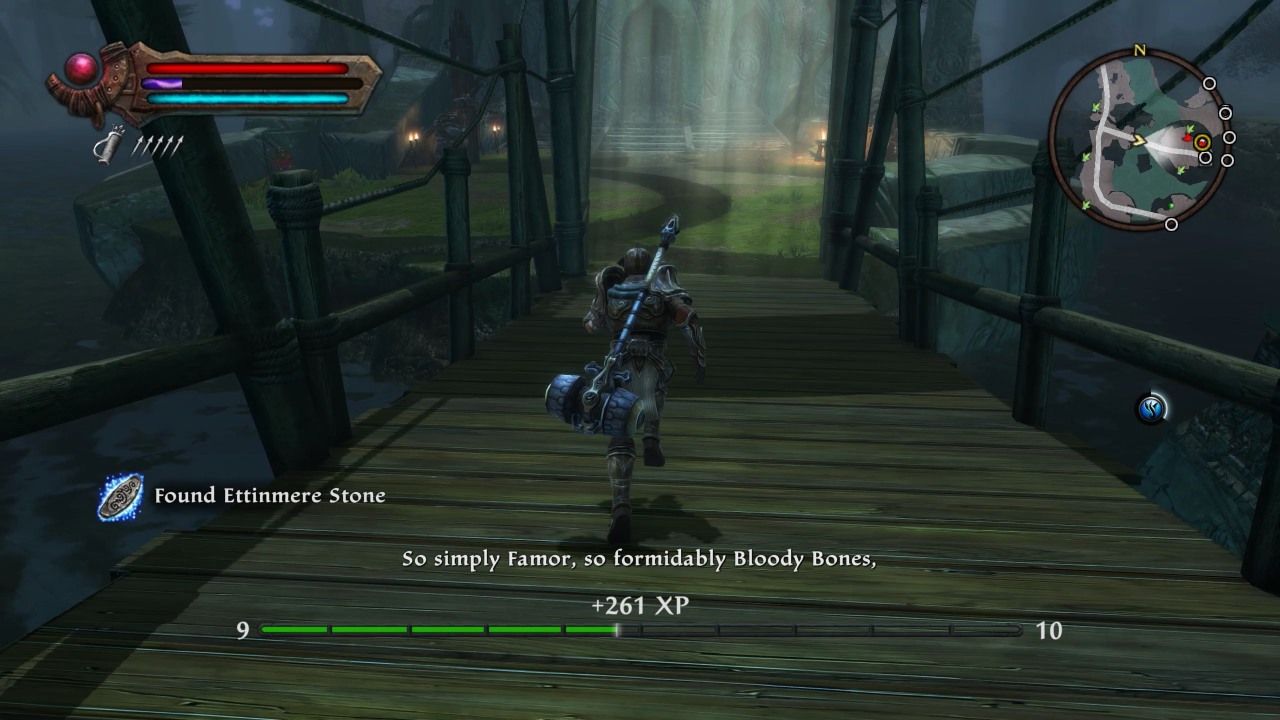 It is for that reason that I will be giving Kingdoms of Amalur: Re-Reckoning a split recommendation. For those that never got to play the original (such as myself), this is an excellent opportunity to get into it. It’s a fun RPG with some nice questing, fun combat, and solid RPG mechanics to tie it all together.

However, as a remaster, it’s quite the letdown. The textures are low-res, the world detail is lacking, and the performance can tank at times. Then there’s the technical issues – like the awkward camera, assets popping in and out, and even outright freezing at times. Perhaps these can be cleaned up with patches, but this is a far cry from what is expected from a remaster and the fact that they’re adding DLC on top of it is just a slap in the face.

You can buy Kingdoms of Amalur: Re-Reckoning on Steam here.