We get quite a few of these psychological thriller walking sims each year. A lot of them bank on their visuals while slacking on the story. Rarely though, do we get a game like The Signifier, which seems to have both of those aspects on lock. At least, that was my initial impression.

First half of the story. The concept behind The Signifier is brilliant. You’ve got a dead body and a mystery to solve surrounding it, but in order to do so, you will have to use that body’s mind and dive into its past memories and experiences, both objective and subjective. The gameplay has you spending time both in these memories and in reality, with the story writing done in such a way that this constant to and from feels natural.

In fact, the overall pacing throughout the first half is pretty solid. It’s a constant upward climb of discovering more evidence and unlocking more and more about this mystery, never going overboard, but not slowing down either. This not only makes the story that much more entertaining, but the pacing allows for the player to get used to each game mechanic as they are introduced – without a need for constant tutorial popups to slow things down. The writing remains this way up until around the halfway point, which I’ll get into shortly.

Really cool visual direction. The Signifier is one of the most visually impressive games I have played in years. This is not due to how realistic the graphics are or how high res everything is, but rather with the direction of these visuals and how they are used in the gameplay. As a lot of the game takes place within the mind, you’ll often run into surreal depictions of both objective memories and subjective experiences. This can be anything from warped representations of a certain location to glitched objects that can be moved to and from the objective and subjective state of mind. 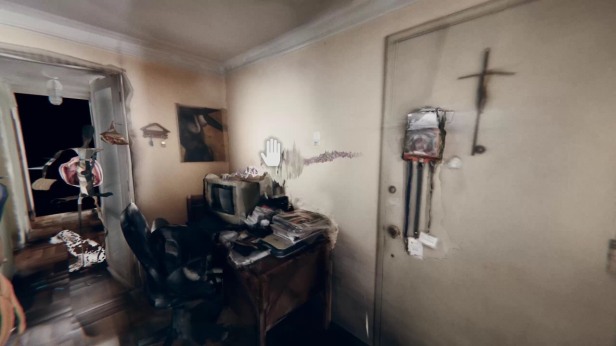 What makes it really cool though is that there is quite a bit of interactivity as well. One memory, for example, has you literally twisting the walls and floor of your surroundings to reach new locations, whereas another has you flip flopping between the objective and subjective state to guide an entity to its destination. The visuals can often be bizarre to look at – and there is a very good reason for the epilepsy warning – but it makes the experience a lot more interesting.

Latter half of the story. What started out as a really cool story concept with a clear direction and sense of pacing quickly spiraled out of control as it went on. It’s not that I had a hard time understanding it (the game has several different interpretations), but rather that it became too ambitious for its own good far too quickly. You’ve got this tightly written mystery story with a nice dose of parapsychology, but then it’s suddenly a game about the politics of AI, corporate conspiracy, and ethics.

I won’t get into specifics to avoid spoilers – and I have nothing against those topics – but the game could have done a better job fleshing them out like it did the initial mystery. As is stands, they’re kinda just dumped on the player way too late for the kind of impact that the writers were hoping them to have. I mean, it’s kinda hard to transition into all of those topics when you’ve got like an hour left in the game, but maybe that’s just me. 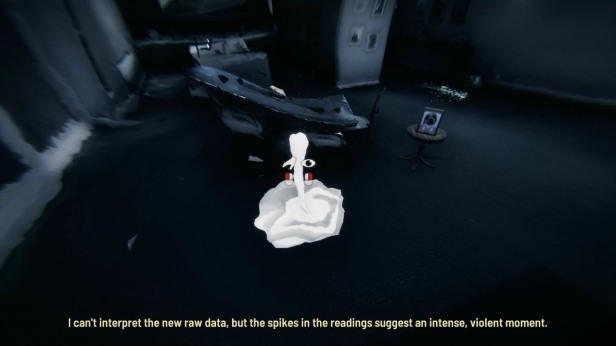 Game-breaking bugs. Unfortunately, my time with The Signifier was plagued with numerous bugs. Some smaller ones for sure (which I’ll discuss later), but quite a few major ones that completely stopped my progress. They seemed to increase as I got closer to the end of the game, at which point I ran into multiple full crashes, an issue where I fell through the floor and had to reload the game and repeat that section, and another issue where a section of the game world did not unload after loading the next one, leaving me trapped and forcing another game reload to fix.

I can forgive some minor issues to an extent, but these are all game-breaking bugs and the fact that there are so many of them in a game that only took me three hours to clear is definitely not a good sign.

Numerous technical issues. The issues don’t just stop at the game-breaking bugs though. For one, the game completely lacks audio settings. This wouldn’t be so much a problem if the in-game music was not as loud as it was, but it oftentimes drowns out voices and other sound effects that I would normally set at a higher volume. Then there’s the lack of rebindable controls, the awkward movement, and the jittery camera. That last one makes the game look like its constantly screen tearing when you’re moving, even if you’re using VSync or adaptive sync. With so many of these issues on top of the game-breaking ones, it really makes the game a tough sell. 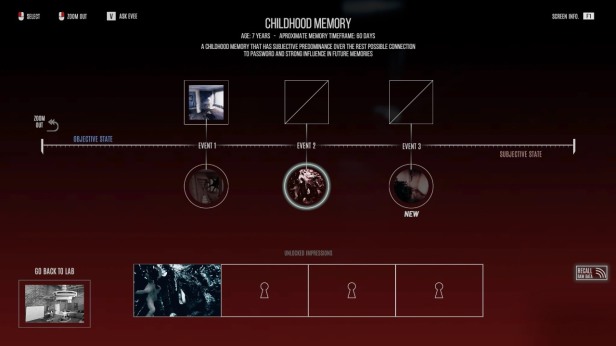 The Signifier starts off great, but quickly devolves into a mess by the end of things. The concept and visual direction are fantastic, but when it is marred by so many technical issues and a loss of focus towards the latter half of the game, it does become a hard one to recommend. Perhaps if the many game-breaking issues could be fixed, then it would be worth a look, but as it stands it simply isn’t worth it.

You can buy The Signifier on Steam here.