We’ve been getting a lot of Warhammer games recently, some good, but plenty of not so good as well. This is the first one specific to Necromunda, and although I have not played the original tabletop game, I was interested in giving it a look and seeing what it’s all about.

So, before I begin, I should note that I went into this game for the singleplayer experience. There is multiplayer, but this just felt like the kind of game that would be better off played solo and I was unable to test the multiplayer prior to its release anyways. With that said, I’m going to go ahead and dive right into the gameplay.

For those unfamiliar with it, this is a tactical RPG played from a third-person perspective, rather than the top-down perspective used by most of the genre. This has both its pros and its cons. It’s good in that it allows for some really cool gameplay mechanics like being able to take full advantage of the environment for cover and whatnot, but bad in that it can be a bit of pain to see what’s going on at a glance. The game does remedy that latter problem to an extent with a tactical overlay and a strategic map that can be accessed at any time, but it was a bit annoying having to constantly refer back to the latter instead of just having it as some sort of HUD element.

The core combat mechanics are good though. You’ve got a wide range of offensive, defensive, and support skills to use across your gang of up to five members. On these members you’re able to customize stats, weapons, skills, and class in order to get that right setup going. There’s a good amount of customization there and you can even go one step further by customizing the appearance of each unit and giving them a proper name.

The actual mission objectives vary, but usually just equate to “kill all opposing gang members” or “find and extract this item”. I particularly liked the level design on these missions, which usually have ziplines, elevators, and all sorts of different ways to get around. You’re never really stuck in one place; the open design of each level allows for a lot of freedom and the strategic map makes it easier to properly position units around said level. As such, my initial impressions were pretty positive. Unfortunately, those were just initial impression though.

My main problem with the gameplay is twofold. For starters, the entire experience is just really slow. It feels like it takes forever to kill units, complete objectives, or just to get a turn in the first place. You’re forced to watch the turn of every single AI on every single one of their units, with no option to fast forward or even skip animations. This can take upwards of several minutes once you’ve got multiple gangs with five members on the same map. I understand that this is what one would usually get from a tabletop game (and I do love my tabletop games), but is it really that hard to allow me to fast forward AI turns in a video game? 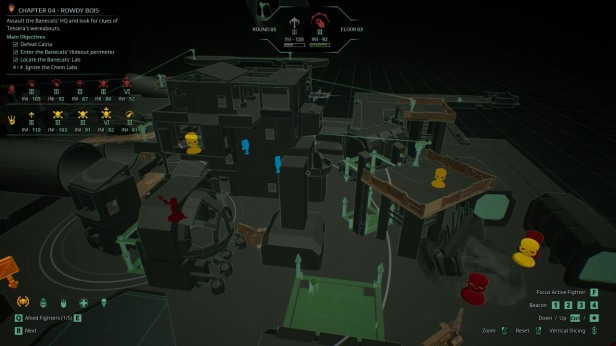 In fact, you can’t even pause while an AI’s turn is in-progress, instead being locked into a spectator mode while you await your turn. This leads me to believe that the game’s multiplayer elements hold back its singleplayer ones, as the AI are treated like online opponents even if you’re playing offline. I saw a lot of discussion on Steam about how five units is too few for a gang, but honestly, I can’t even imagine how painful it would be if there were more than that, I’d be waiting like five minutes every turn. And this is in singleplayer with AI, the online is likely going to be much, much slower. It might even be comparable to an online Civ game where turns are done in order.

But that’s just half of my main issue with the game, the other half has to do with the AI itself. As someone that plays a lot of tactics and turn-based strategy games, I can honestly say that the AI here in Necromunda is some of the worst I’ve seen in the genre. The AI is constantly getting stuck on terrain, wasting action points, and putting itself into dangerous situations that could easily be avoided. It’s like they lose all sense of rationality when an enemy is low on HP or there’s an objective that needs to be activated, they just gun straight for it and lose their life as a result.

It wasn’t uncommon for an AI to run across the map straight into my squad of three by himself just to get an attack off and then duck in the corner of the room in full sight of my three units. That or an AI will run into a corner and set up overwatch in a location that is obviously not going to see any enemy movements. I’ve even seen an AI run a circle around the entire map to shoot me when he could have just done that at the beginning and sought cover afterwards. As you’re forced to watch every single move they make, it doesn’t take long to realize how bad the AI is here. 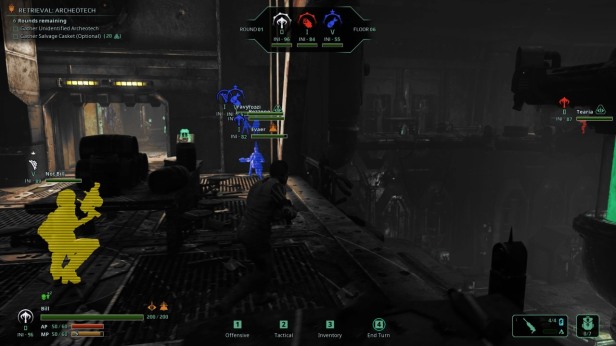 And then you got the bugs, which I encountered plenty of during my time with the game. For example, the mouse sensitivity setting does not appear to save at all, and I would be forced to change it back at the beginning of each new skirmish. That’s just one of the minor bugs though. Those AI issues I just mentioned? Well, in one story mission I had one of the AI get stuck running in place permanently. As you are unable to skip these animations or AI turns, I figured, “okay, I’ll just save and return to the main menu and then reload the mission and hopefully be able to continue from there”.

Not only did this not solve my problem, but the game outright wiped my save after returning to the main menu, losing me all of my progress I had past the very first mission. I don’t know if that “save and return to main menu” button just bugged out or if it was a combination of saving while the AI was hanging the game, but that pretty much killed my motivation to continue with the story mode. I mean, what’s to say that this doesn’t happen to me again with a gang I’ve been working on for dozens of hours outside of the story mode? 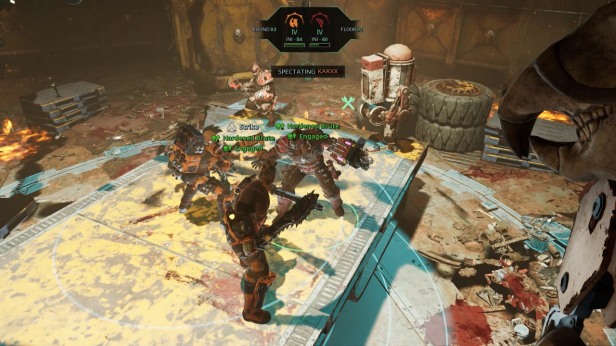 So with that said, I cannot recommend Necromunda: Underhive Wars. A save-wiping bug is usually justification enough for a thumbs down from me, but that is on top of the numerous other issues holding back the experience. From the terrible AI to the unnecessarily slow gameplay, it’s just not worth it. Perhaps some of these issues can be patched, but I would imagine stuff like the AI would need some serious improvements in order to make it worthwhile.

You can buy Necromunda: Underhive Wars on Steam here.