It may have taken 10 years, but we now have the PS3 cult classic Heavy Rain on PC. As with most modern PC ports, it comes with a number of upgrades, most notably in the technical department. However, it also brings with it some of the same problems that plagued the original release.

Interesting narrative. Of course, the best thing that Heavy Rain has going for it would be its narrative. This may be a given for most that have played the game, but I would say that it still holds up ten years later, even amongst other games in the genre. It starts out strong with its prologue hook and then introduces this whole cat and mouse plot on top of it while interweaving some themes of its own. Some of these are character specific (such as the main character’s depression), but there are also some broader ones, such as the question of how far police should be allowed to go with such investigations. You can even go one step further with the game’s theme of rain, which not only plays a direct role in the story, but has worked itself into several other aspects of the game’s narrative, some of which it does so discreetly.

That’s just the themes though, the story has a lot more going for it. As a video game, it’s one of the more entertaining mysteries I’ve experienced, with tons of twists and turns, meaningful character interactions, and a pretty solid pace throughout. I say “as a video game” because it definitely doesn’t compare to mystery stories told outside of the medium, but it does a solid job within its own boundaries, much more so than I’ve seen from similar games. It may have some writing issues (which I’ll touch on later), but it is an entertaining ride regardless and one I do not regret experiencing. 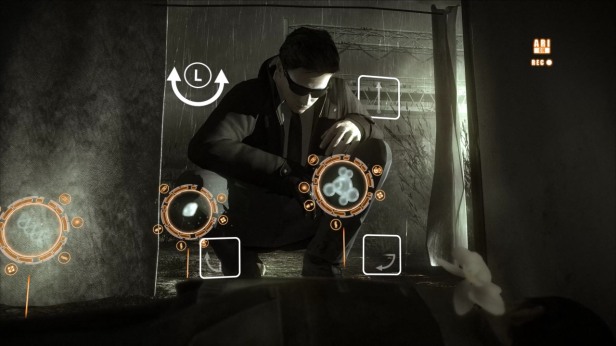 Very cool method of storytelling. At the time, Heavy Rain was a more unique title for incorporating elements often seen in visual novels. You’ve got the multiple endings, the tons of different choices that lock you in or out of these endings, and the ability to jump between important story bits to change your eventual outcome (a nice inclusion for completionists). It did this well in 2010 and it remains here in the PC port, excellently blending interactive storytelling with an interesting narrative.

It’s the type of game where you likely won’t get the ending you want the first time around, but that’s part of what I like about the story here. It’s nice to play through it once without any guide and have a story unique to you and then, after its completed, see what could have been changed to get a more ideal ending. Maybe this character could have been saved here or maybe you missed a clue here that later lead the investigation along the wrong path. There’s a lot to consider, especially so given that there are seventeen different endings that you may end up with. It’s a great way to not only add content for completionists, but actually add some weight to the game’s choices, many of which are timed and require quick inputs. Sure it can be stressful, but it makes for a pretty fun story experience.

Well-optimized PC port. I may have planned on playing the original at some point on the PS3, but I’m honestly glad I waited until now. Not only am I now able to play it on my preferred platform, but it is a technically superior version in many different ways, even when compared to the re-release on the PS4. There’s the increased resolution support up to 4K, the improved anti-aliasing, the inclusion of ambient occlusion options, and, most importantly, the doubled framerate at 60fps. It’s not the most feature-packed PC port, but it’s got all of the basics down and is 100% an improvement over its past iterations. 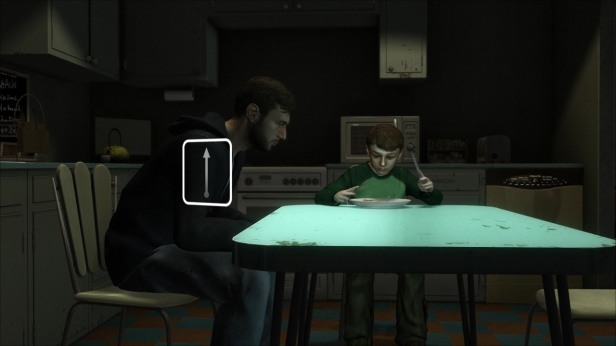 However, a good PC port is not just limited to these options, one must also consider its optimization and overall performance. With this port, that is fortunately not a problem. I had no issues playing through the game in its entirety at 1440p 60fps with no stuttering, freezes, crashes, or even any bugs outside of the occasional odd physics issue leftover from the original release. The controls may be another issue entirely (which I’ll get into later), but I was pretty satisfied with the port and what went into it — it’s definitely the definitive way to play the game now.

Awful controls and camera. The port may be good, but the same awful controls and camerawork from the original release remain. Here we have a game where the camera is not only constantly switching around, but constantly interrupting your movement in the process. You’ll be holding forward to move into the background, only for the camera to reverse its angle so now your forward movement sends you right back to where you came from. The game gives you a slight window to change the analog direction you’re holding, but it oftentimes just doesn’t work correctly, leading to situations where I found my character spinning in circles or moving in directions I did not intend them to. I understand that the game is trying to go for a more cinematic appeal, but it makes more some very frustrating movement at times.

And then you have the mouse and keyboard issues. As this was a game designed for controller use, all of the prompts and such had to be translated over to work with mouse and keyboard. This leads to many awkward prompts that are anything but intuitive, such as anytime the game asked me to slowly move my mouse. I won’t say that the controller prompts have no issues, but if you’re going into the game expecting to use the keyboard and mouse controls, I would advise having a controller on hand.

Some writing issues. As a whole, the story is definitely entertaining, but it does not come without some issues. Most notable of these would be the various writing issues scattered about. Of course, you have the usual plot holes and such that tend to come with these types of games, but I found that Heavy Rain was worse in its use of plot conveniences. Whether that be gross negligence from the police, the seemingly endless stamina of the game’s leads, or the numerous smaller coincidences that just happen to move the story along, the game is full of such elements.

Some of these can be forgiven sure, but there are several that just feel completely out of place or are so unrealistic that it takes you out of the story for a bit. For example, I find it incredibly hard to believe that the police would leave an obvious escape route open when raiding the location of a high-profile suspect, especially when that location only has a couple exits. This is the kind of stuff that drives the plot at times and one’s toleration for such conveniences plays a major role in how invested they will be in the overall story.

For fans of story-heavy games, the PC port of Heavy Rain is definitely worth a look. It’s got that interesting story going for it, a unique way of telling said story, and a nice PC port to back it up. Sure, it isn’t without some issues (such as the different writing problems and the lackluster controls), but it’s a worthwhile experience regardless and one I would recommend.

You can buy Heavy Rain on Steam here.