I feel like we’ve been getting a lot of these stylized action roguelikes lately, and for the most part they’ve been pretty good. West of Dead is yet another game trying to tackle the genre, but with some cool twists of its own.

So starting with what is most obvious about the game: its aesthetic. West of Dead is a very dark game, and I mean that quite literally. There’s not a lot light to go around and the sheer amount of shadowing emphasizes what little you can see. The color choices are even muted to help further this look, with most of the levels being constructed almost entirely out of darker colors. Of course, this makes enemies and such harder to see, but that’s the point.

This is why light plays such an important role in combat. There are a number of lanterns scattered around that, once lit, briefly stun enemies in the same room and allow the use of your gun’s lock on feature, which is disabled when shooting into darkness. It’s a simple mechanic, but it’s a cool way to tie the gameplay into the visuals. The audio that goes along with them isn’t that bad either.

Now as for the gameplay, it plays pretty much like any other roguelike. Gameplay sessions are divided into runs in which you traverse a series of levels and upgrade your stuff along the way, losing everything once you die. The core gameplay loop here is very defined — you enter a cycle of “enter room, kill enemies, pick up loot, and move on”. That’s not necessarily a bad thing, as other mechanics can shake things up, but I found the variety here to be pretty underwhelming.

It doesn’t take long before you start running into the same room layouts with the same enemies and little in the way of differentiating them. One thing the game is sorely lacking in are special rooms, kinda like The Binding of Isaac‘s secret rooms, sacrifice rooms, etc. With West of Dead, you pretty much just get your shop and upgrade rooms, that’s it. The core gameplay loop may be solid, but the lack of anything to really shake it up does bring down the experience a bit.

What really brings it down though are the numerous design and technical issues. The most notable of these is unfortunately one of the game’s core mechanics: its lock on feature. As you are only able to lock on to enemies in the light, this makes aiming when there are multiple enemies a bit difficult. It wasn’t uncommon for me to try to be aiming at one enemy, only for the game to direct all of my shots just to the left or right of him, hitting an enemy farther back in the room.

You can even completely exit a room and still be forced to lock on to an enemy in that room, rather than the enemy that followed you out of it and is now about to damage you. It is an utterly flawed mechanic and has caused me numerous unfair hits and even deaths. It would be different if this was something that could be toggled, but that is not the case here. It is forced on the player on all methods of control, even keyboard and mouse (which cannot even be remapped, but that’s another issue entirely). 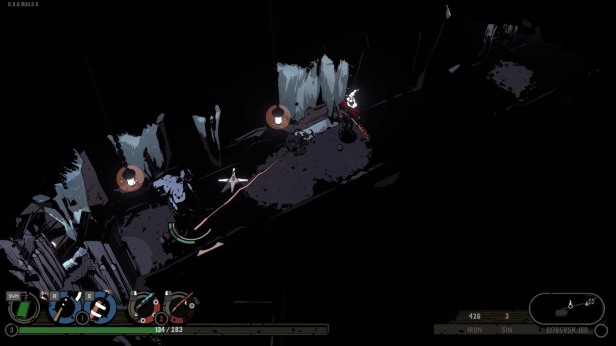 That’s not the only issue though, there’s also the lack of a dedicated melee button, the wonky game camera that can sometimes make enemies hard to see around corners, and the fact that it’s difficult to hit enemies that are right in front of you. Although that last one is likely a design choice, it doesn’t make it any less annoying, especially given how dodgy the melee can be.

Ladders are also an issue, as you are unable to change the elevation of your shots. If an enemy is right at the top of that ladder, you will be forced to slowly climb up to meet it, oftentimes eating an attack as a result. The game’s cover system has also gotten me a few times. There’s no dedicated “take cover” button, you automatically magnet to cover when next to it. This not only decreases your movement speed, but makes it difficult to wrap corners without exiting cover first. The amount of times I found myself taking shots because I accidentally got too close to cover was much higher than it should be. 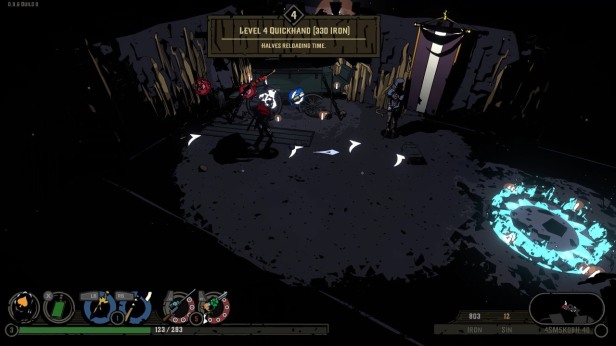 And then there’s the more blatant technical issues, such as the time I got stuck on a ledge and took damage until I died or the numerous instances where I activated a portal and nothing happened. It’s not fun having to close and re-open to fix these issues, so hopefully these are something that can be patched with time.

With all of that said though, I cannot recommend West of Dead. Although the core gameplay is solid, the lack of variety and numerous technical issues really bring down the experience. From the many design flaws to the actual bugs, there are quite a few issues plaguing an otherwise decent game. Perhaps this will be a game that I may recommend in the future, but as it stands, I cannot in good faith do so.

You can buy West of Dead on Steam here.