Starting off 2020 with a brand new JRPG, this time for an HD remaster of a 2018 3DS game. The developer is FuRyu, the same studio behind The Caligula Effect. When I reviewed that one last year I didn’t come away too impressed, so it’s time to see if they’ve improved.

Interesting take on the usual JRPG story. What immediately sets The Alliance Alive apart from other JRPGs is actually not its gameplay, but how it goes about telling its story. Usually, with JRPG stories, we get our hero starting off in a small town and leaving it to go on a grand adventure, meeting friends and such along the way. That setup has its strengths, but it has been pretty overdone at this point. The Alliance Alive, on the other hand, sets up its story from multiple points. By that, I mean that you’re constantly swapping between different characters from different points on the world map, eventually converging at one point to deliver a cohesive story.

I found it to be a cool way to introduce all of the game’s characters while also revealing bits of the world map and even unique gameplay mechanics at the same time. You don’t stick around with a certain group for long before moving onto the next, and by the time you get used to it, all of these stories have molded together seamlessly. Granted, after that point you do get your usual JRPG story with nothing too impressive, but the lead-up to that point was quite cool to play through. That may sound like a simple thing for a JRPG to do, but it felt refreshing in a genre often dominated by the most linear story setups. 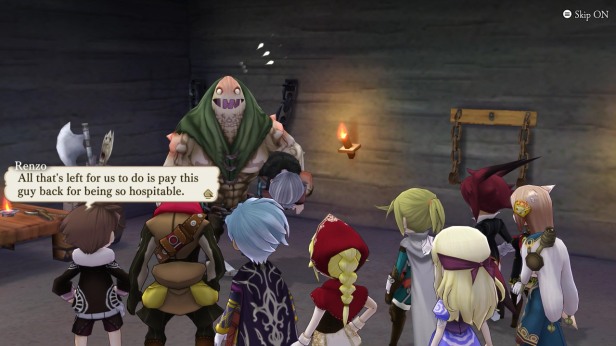 Cool combat mechanics. While the combat in The Alliance Alive does take a more traditional turn-based approach, it also provides some cool additions to that usual formula. These take the form of party formations, arts (which are basically skills), talents (which expand on your arts), and the game’s unique take on XP and level ups. Instead of receiving XP after a battle, you instead receive direct HP upgrades, SP upgrades, and increased levels on whatever arts you used in said battle. The game kind of uses HP as a currency, taking away permanent HP from you whenever you run from battle or die while in battle, so it becomes a balancing act in order to keep your HP up.

And those arts I mentioned? Well they are leveled up dependent on what position they were performed from. An art performed while defending will level up its defensive capabilities, while using it in a supporting position will level up its power there. And of course, there’s also the offensive position. This leveling is done on a per-art basis, so there’s an incentive to spread out your art usage and make sure you have several powerful arts instead of just one, as one may be effective against some enemies whereas another may be more effective elsewhere. This all makes for some pretty fun combat, but only when the combat works. There’s a glaring issue with it that I’ll get into later.

Great gameplay and story pacing. Part of the reason why the story setup worked so well in the game’s favor was that it was also paced really well. As I stated before, you never really stick around one area too long, as you’ll be hopping between characters quite often during the first half of the game. However, even after that point, the story maintains a very steady pace right up until the end. There’s plenty of new areas to explore, characters to meet, and story developments that actually don’t feel all that rushed. There is a little backtracking later in the game, but not enough to completely diminish the pacing. 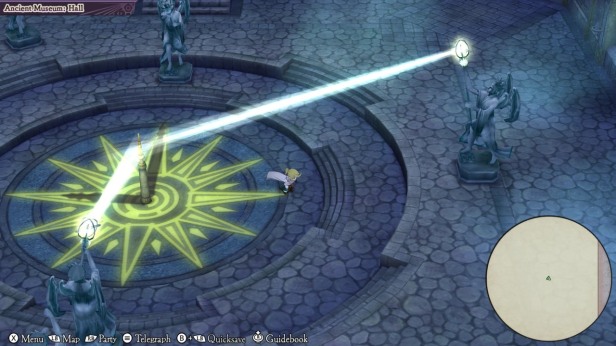 This pacing doesn’t just affect the story though, it also extends to the gameplay. For example, I was still unlocking new arts towards the end of the game, even during the final boss fight. New gameplay mechanics are also steadily introduced throughout the course of the game, some modifying how you travel and some adding little gimmicks of their own. There wasn’t really the sense that I was running out of stuff to discover in the game and it made for some great overall pacing.

Helpful quality of life features. The Alliance Alive has a few quality of life features that I wish more JRPGs had. It’s got auto-battle, battle speedup up to 4x, and even cutscene controls. Rarely do I see a game allow you to pause cutscenes right in the middle and allow you to restart them entirely. Even AAA games lack these seemingly basic features, so seeing them here in The Alliance Alive was definitely some good news. The game goes one step further though, placing notifications before you enter boss rooms and telling you when you cannot return from certain areas before entering them, stuff you usually only find out from walkthroughs or trial and error. It makes the experience a lot less frustrating and I wish more games would follow this example. 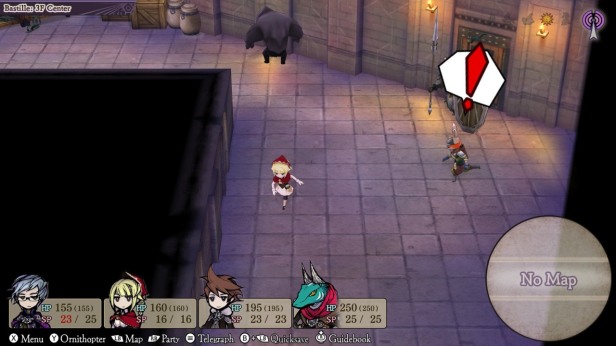 Nonexistent difficulty scaling. Okay, so for everything good I just said about the combat, go ahead and toss most of it out the window. The Alliance Alive is a game that has some great ideas with regards to its combat, but it simply does not utilize them for the majority of the game. By that, I mean that in most of the battles you’ll be doing, you simply won’t need to use anything other than the same art over and over. In fact, I would say that 90% of the game’s combat can be cleared by simply picking your most powerful art on each character and spamming A the rest of the battle. There’s no need for formations, no need for support or defensive arts, and really no need to use any of the  game’s consumables. I made it through pretty much the entire game having my whole party on the frontline and spamming their most powerful move, with no strategy beyond that. Whether it be enemies on the world map, enemies in dungeons, or even boss fights, as long as you pick your most powerful move and spam A, you’re set.

That is why I say the combat is fun only when it works, which unfortunately is only about 10% of the game. That 10% is the occasional large group of enemies or tough boss fight. Outside of that, it’s just mindless spamming of the same button. The game has absolutely no sense of difficulty and it gets far worse when you look at the difference between the 90% and the 10%. For 90% of the battles, you just spam A and it’s incredibly easy. For the 10% though, the game is incredibly difficult and you’ll sometimes get party-wiped by just a few moves. It’s either way too easy or way too hard, there’s no in-between. This becomes very clear when you reach the last area of the game, in which the enemies suddenly become 10x harder and you’re better off just running around them to get to the boss, which somehow feels easier to manage than the random groups of enemies immediately preceding it.

Of course, an option to adjust the game’s difficulty would be of some benefit here (as the game currently has none), but the problem is more deep-rooted than that and I feel like all a difficulty slider would do is magnify the disparity between the 90% and the 10%. It’s unfortunate really, as during that 10% the combat and all of its mechanics really shine. These combat mechanics are good, the game just doesn’t give them the chance. 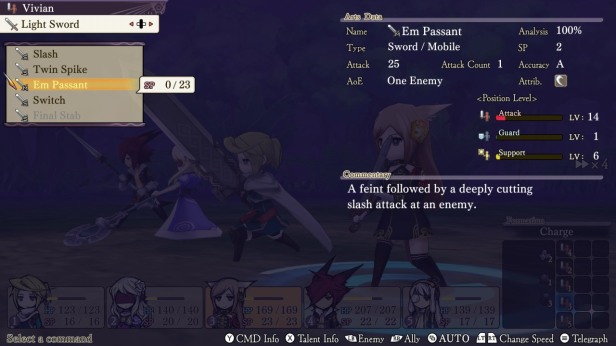 Subpar graphics for a remaster. Given that this is supposed to be a remaster, I was actually surprised by how bad the game can look in some areas. The 3D models look great for the most part, but when you look at textures on the field or on buildings and such, it just looks bad by comparison. Granted, this is a remaster of a 3DS title, but you would think that they would do more than just upscale the textures to run at higher resolutions. The same problem can be seen with the game’s cutscenes, which were likely pre-rendered to be displayed at lower resolutions and just look blurry when played on higher ones. I’m not usually one to complain about a game’s graphics, but I felt the need to do so here, as this “remaster” just felt like a lazy attempt to port the 3DS game without changing much.

Various PC port issues. On top of the issues with the remaster, there’s also some issues with the PC port itself. While I did not run into any FPS drops or stuttering issues, I did run into a couple game crashes and complete game freezes. These only happened a few times, but enough to be worth noting. My main issue with the PC port is the complete lack of mouse and keyboard support. Yes, this is a PC game that cannot be played with the tools used to operate a PC, a controller is required to play. Granted, even if such controls were offered, I would likely still be using a controller, but there’s a bare minimum we should expect from such PC ports and, unfortunately, The Alliance Alive just does not meet it. Again, this just makes the whole remaster and port feel like a rushed job. 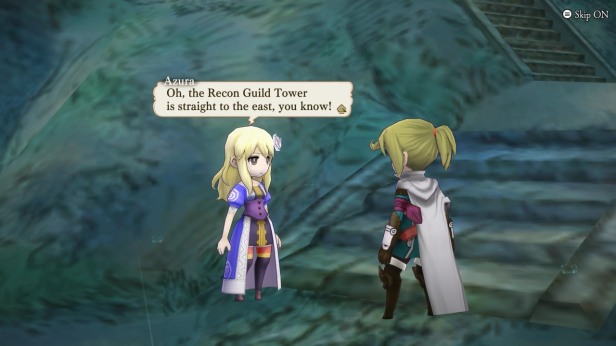 The Alliance Alive is what I would call your average JRPG. It does some things well, but falters elsewhere, not really shining too much in one given area. The combat, for example, is pretty well-done, but is ultimately brought down by the game’s complete lack of difficulty scaling. The story, while providing a different take on the usual JRPG formula, isn’t anything too special beyond that one change. And of course, the HD remaster itself still suffers from some issues, both with regards to its graphics and PC port. Given all of that, I cannot say that I recommend the game unless if you’re really digging for another JRPG to play.

You can buy The Alliance Alive HD Remastered on Steam here.