The games play just like you would expect a 3D Pokémon game to play. In fact, it kinda gave me Pokémon Colosseum vibes. You go around collecting and raising Digimon, fighting against others in turn-based battles, and playing through a story that feels right at home in a Digimon video game. The story may be no Digimon Tamers, but it’s enjoyable enough and complements the gameplay well.

In fact, the gameplay and story combo kinda felt nostalgic to me. It reminded me a lot of how games were designed back in the PS2/GameCube era, where the focus was on creating a simple, fun experience rather than some massive open-world full of gameplay mechanics that most players won’t even touch. This even reflects in the game’s graphics, which, while not bad, are definitely not the greatest either. Character models look fine for the most part, but some object textures are noticeably blurry in comparison. Now that I think about it, that may be part of the reason why the game felt so nostalgic to me.

Regardless, it’s also worth noting that this isn’t just simple re-release of the two games — the “Complete Edition” part of the title means more than just that. For example, every Digimon that appeared in the sequel can now be found in the original as well. On top of that, the two games can even share save slots, which in turn shares progress on your field guide and Digimon medals between the two. However, if you don’t even want to play the original, that’s an option as well, the game gives you the choice between the two right at the start. You don’t really lose that much either, as Hacker’s Memory is essentially a side-story and can be played independent of the other. 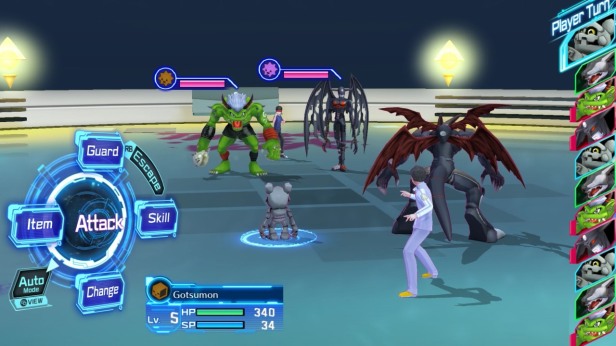 As for the actual PC port, well, it’s not the greatest, but it at least does the job. It runs at a smooth 60fps and has resolution support up to 4K. The only time I noticed it dip below this 60fps was during certain 3D cutscenes, which were likely pre-rendered at a lower framerate back when the game originally came out. The 2D anime-style cutscenes I expected to be at low FPS, but the low framerate on the 3D ones was a bit disappointing to see.

Outside of resolution, the only other graphical settings are window options, an anti-aliasing toggle, and a depth of field toggle, so it’s definitely lacking in terms of what can be changed. It’s also worth noting that you can’t actually change these settings until you load up a new game, there’s no options button on the main menu. The controls for keyboard are a bit strange as well, as it has you map said controls to what its corresponding controller input would be, rather than the actual in-game action. The mouse is actually not rebindable, but does have some use in certain menus. Given this, I would definitely recommend going in with a controller.

While the port could have better, Digimon Story Cyber Sleuth: Complete Edition is an enjoyable experience regardless. Collecting Digimon is fun, battling others is as well, and the story is decent given the franchise. For being the first actual PC release in that franchise, I’d say it’s a good start. 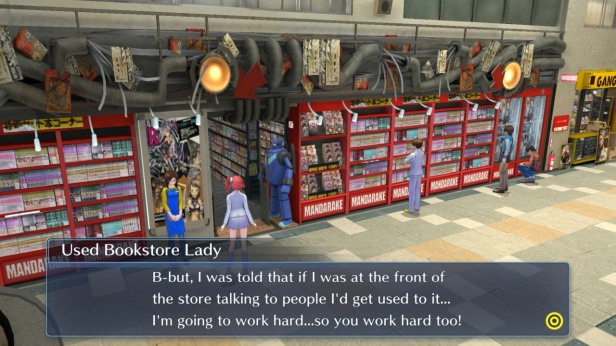