One day, Alice and her friends visit a mysterious clock tower hidden away in the woods. While there, an unusual book falls from the tower and into Alice’s lap. This book contains strange, yet realistic tales of people she knows and is only the beginning to a much larger mystery about forgotten first love. That is the synopsis behind Qoobrand’s first visual novel: The Witch’s Love Diary, or Majo Koi Nikki in Japanese. It is a VN full of interesting stories to tell, but does have its fair share of issues.

Fantastic character designs. I have always been a sucker for overly frilly and detailed character designs and that’s exactly what The Witch’s Love Diary delivers. Everything from the elaborate clothing, to the detailed hair, and even the thin linework are all excellently done and look great as sprites and in CGs, the latter of which the game really excels at.

Characters are also designed in such a way as to not appear too out of place given the setting (the use of flashy hair colors is kept to a minimum), but are still easily distinguishable between one another. They’re at that crossroads between super-serious mystery and high school romance, which is exactly the combination that the game’s story goes for. While there are still some problems (more on that later), the character designs and overall art do make for a rather visually-appealing experience.

Interesting storytelling. The Witch’s Love Diary has a very interesting method of telling its story, one that I don’t think I’ve seen done in the medium before. Instead of giving the player a common route and then a series of character routes that branch off of it like most other VNs, it instead offers a more linear experience that has you going through characters in a certain order under the guise of a diary’s chronology. That book I mentioned at the beginning of the review? Well, it actually makes up a decent chunk of the reading experience.

In it are a series of stories (or rather, diary entries) that don’t appear to have any connection, and you, as the protagonist, will be reading through one of them each night as the overall story progresses. In a way, this gives the game a dual protagonist, as you have the one actually reading the diary entries and the one living within them, or rather the one that wrote them. It’s a very unique way of telling a story and it provides for some pretty cool developments later on.

Of course, this method of storytelling only really works if the story itself is good, which for the most part is true. The pacing is generally pretty good, the characters don’t really feel that flat, and the writing itself isn’t all that fluffed up like other visual novels. It does falter at some points (which I’ll get into later in the review), but even then, I got to give the game some credit for how it tells its story. It’s definitely a nice change of pace in what oftentimes feels like a formulaic medium.

Great translation. I know people like to hate on Sekai Project for their slow translation speed and oftentimes messy results, but for The Witch’s Love Diary, they did a pretty good job. I played through the entire game and don’t recall ever seeing a single typo or grammar issue. I usually screenshot these when I run into them, but I ended the game with exactly zero of these screenshots. 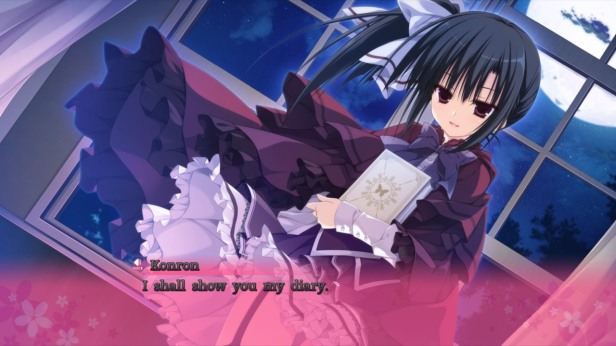 They were either really well-hidden or simply didn’t exist. And even if we’re not talking strictly typos and grammar issues, the translation never came off as amateurish, nor too literal, it was in that sweet spot between the two and made the reading experience that much better.

Good settings menu. To go along with the great translation is an equally great settings menu. You have all of your basics, including text speed, window options, and autoplay settings. Then you have some settings not often seen in other VNs, including configurable keyboard shortcuts, configurable cursor hiding, and some pretty extensive font configuration.

You can not only choose your font (which is a feature strangely lacking in most other VNs), but whether that text is outlined, shadowed, colored based on speaker, justified, etc. Considering that most VNs stop at a text shadow toggle, this is a massive step up. Of course, the game’s settings are not perfect (it’s still missing animation options, for one), but it’s definitely better than what we usually get in the medium. 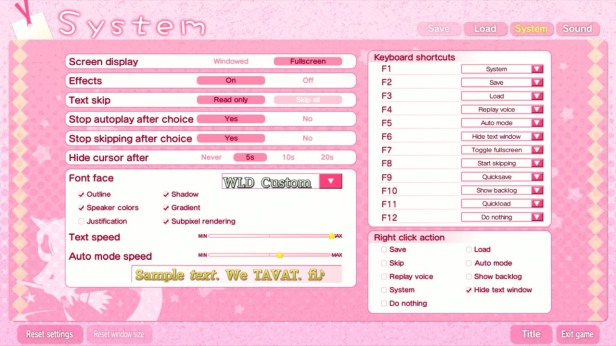 Blurry art assets. The Witch’s Love Diary suffers from a problem plaguing many modern visual novels: that being blurry art assets. Sure, the art itself is fantastic, but when its locked behind such a low resolution, it leads to sprites and CGs appearing blurry. The game only runs at 1280×720, so if you’re using anything above that and running it in fullscreen, you’ll start noticing these problems immediately. However, even when I did play the game in its native resolution, some assets still came off as blurry, especially when zoomed in on, which the game does do constantly.

And that’s not even the only problem. The game has some really fine linework, which unfortunately (due to the low resolution) does lead to some jagged edges. This is most noticeable in each character’s hair, but can also be seen elsewhere. It’s not as bad as some other visual novels, but is definitely a problem worth noting. I only hope that some day we’ll start getting VNs that don’t run in an ancient resolution.

Hit-and-miss story chapters. Unfortunately, one of the side effects of the game’s unique storytelling is that the story chapters themselves end up being hit-and-miss in terms of how good they are. You’ll have some that are really good (one of my favorites was for Ren, a character obsessed with film) and then some that just feel like they’re dragging on and on (a prime example being Hijiri, a super-religious character obsessed with keeping herself free from filth). 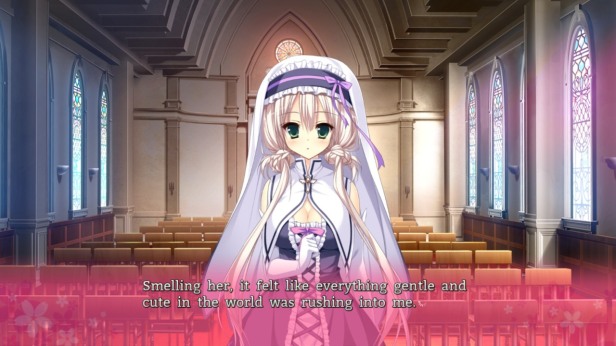 This is due to a variety of reasons, including the varying length of each story, their pacing, or even the characters within not being developed enough. The good ones do outnumber the bad, but because of the way the story works, you will have to work yourself through the bad ones whenever they crop up.

Decline in writing quality during last third. Up until the last third of the game, The Witch’s Love Diary has a pretty interesting story. Its pacing is managed well and there are only a few hiccups during certain chapters. However, once you hit that last third of the game, the writing quality starts to steadily decline. The game picks up pacing a little too quickly, throws in a few story elements that really aren’t all that necessary, and even shoehorns in a few H-scenes that feel completely out of place.

It was like the writers didn’t exactly know what direction to take the story, resulting in story developments that are supposed to be climatic, but end up feeling forced or far too rushed to really have the impact they were intended to have. It picks up again right before the actual ending, but unfortunately the damage was already done at that point, leaving a hole in an otherwise great story. 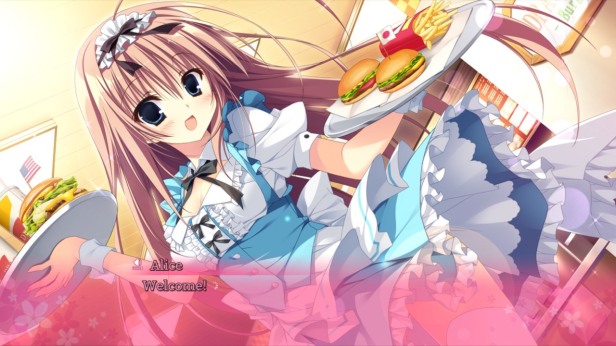 For visual novel fans tired of the same old story formula, The Witch’s Love Diary offers a nice breath of fresh air. It also has some great character designs, a good translation, and a decent settings menu. However, it is not perfect and does suffer from some hit-and-miss story chapters and a general decline in writing quality during the last third of the game. Regardless, I did enjoy my time with it and do recommend it. It’s about time we have a visual novel try something new with its storytelling.

You can buy The Witch’s Love Diary on Steam here.