Atelier is back on PC, this time with its 20th overall entry in the series and fourth entry in the Arland subseries. It brings with it all that makes the series tick, including its excellent character designs, fun crafting system, great soundtrack, and ridiculously overpriced DLC. As my first foray into the series, I was pleasantly surprised with how everything came together, even if there were a few problems.

Complex, yet fun crafting system. What separates the Atelier series from similar JRPGs is its heavy emphasis on alchemy, which is basically their take on a more involved crafting system. Lulua is a game built around this mechanic. Every new area you explore, every enemy you defeat, and pretty much every quest you complete all serve the game’s crafting system. This is because crafting ingredients are everywhere and gathering these will take up a significant chunk of your time with the game.

Some may see this as a pain, but the alchemy system itself is actually pretty fun to play around with. There are so many different elements that go into it that I found myself spending hours just trying to craft the perfect equipment to tackle the game’s bosses. There’s the different item elements, effects, traits, quality levels, and even a cool awakened effect mechanic. All of these combine together in different ways and make for a pretty complex crafting system overall. It’s definitely got a learning curve to it, but those that are into min-maxing will have a blast here. 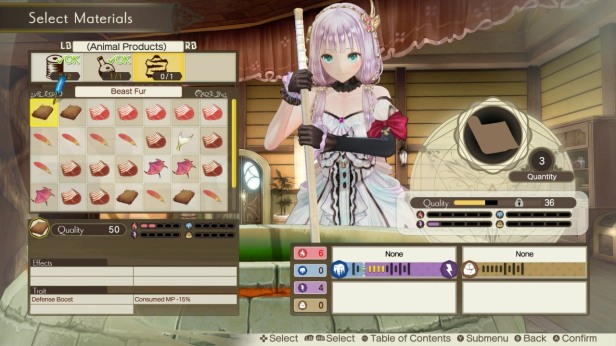 Deceptively simple combat. When I first started getting into the game, I wasn’t actually a fan of the combat. It felt like the most barebones JRPG combat you could get, with just a few commands total. However, as I progressed through the game, the combat became increasingly more complex, adding in a bunch of cool mechanics to the point where it actually became one of my favorite parts of the game. You start off simple, with just your attack, skill, item, guard, and flee commands, but eventually you get a bunch of new mechanics to shake this up. There’s the ability to interrupt ally and enemy turns with certain items, the super moves that charge off of their own meter, special active and passive skills depending on your party composition, and assist skills from party members in the backline.

Of course, all of this is heavily tied to the game’s crafting system. For example, the interruption mechanic I mentioned relies entirely on the items you craft. The better the item, the more powerful the result will be when used in battle. You could craft a super-powerful healing bell to heal your entire frontline in the middle of an enemy turn, an ice rocket bomb to throw off enemy attacks at any time, or even some nectar to revive fallen enemies from the safety of your party’s backline. This mechanic alone adds so much to the combat, which is only built on further by the mechanics added later on. It makes for a pretty satisfying combat experience, a perfect complement to the game’s in-depth crafting system. 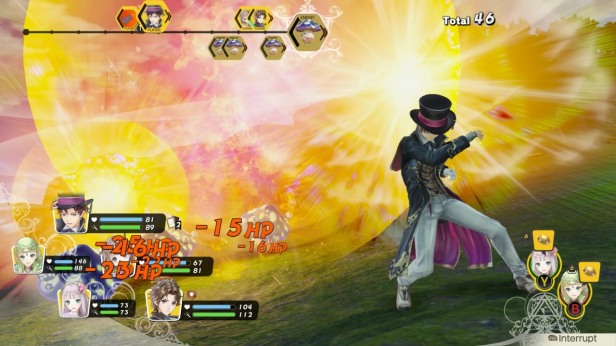 Great character designs and soundtrack. Although I have never played an Atelier game before, one thing I always liked about the series was its character designs and soundtracks, and Lulua is no exception. When it comes to character designs, the game basically takes the fantasy theme and weebifies it, adding in a bunch of quirky, yet fun characters with all sorts of interesting designs. There’s the protagonist and her childhood friend with their comical interactions and frilly outfits, the teacher who provides a sense of guidance while also constantly poking fun at others, and the cool, yet airheaded male characters to balance the rest out. Not only were all of these characters fun to interact with, but their overall designs were really well done. In fact, there was not a single character or design that I outright disliked.

As for the soundtrack, if you’ve ever listened to one of the previous ones, you’ll pretty much know what to expect here. It’s composed with a light fantasy theme in mind, mixing together woodwinds with a few different string instruments. All of the tracks are pretty upbeat and definitely help in establishing the game’s carefree tone. However, there are some pretty neat battle themes also thrown in there. They make use of the same instruments, but do so with an added sense of intensity, so as to form a proper battle theme. All of this makes for a very cool soundtrack, and, while not the best I’ve heard from the series, it is far from bad. 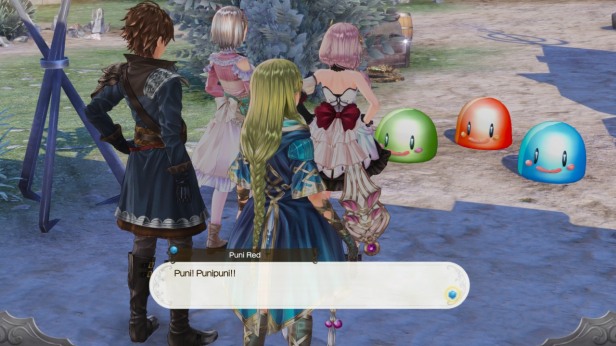 Nice quality of life features. For a JRPG, Lulua has some really nice quality of life features, some of which serve to save time and some of which just serve to make things easier for the player. For example, my favorite was the ability to teleport to and from different areas on the map. I would oftentimes be crafting something and realize that I was missing a single item that could easily be picked up at a nearby store. Using the in-game menu, I’m able to easily select the store and teleport to it, skipping the walk from my wagon to said store. It’s not just when in-town though, you can also teleport to and from all areas on the map and even to specific floors in dungeons. On top of that, whenever you have something new to view in any of these areas, a little exclamation point will be displayed next to their name. It’s an incredibly convenient feature that saved me from hours of boring traveling around.

Building on that, the game also allows you to escape from anywhere in the field, whether you’re in the middle of some huge dungeon or right next to an enemy about to attack you. Sure, this does significantly decrease the game’s difficulty, but it never felt like the game was aiming to be a difficult JRPG. It is a much more laid-back experience, as evident through the numerous slice-of-life story events and the overall light fantasy aesthetic. As such, having such quality of life features really makes the experience that much better. 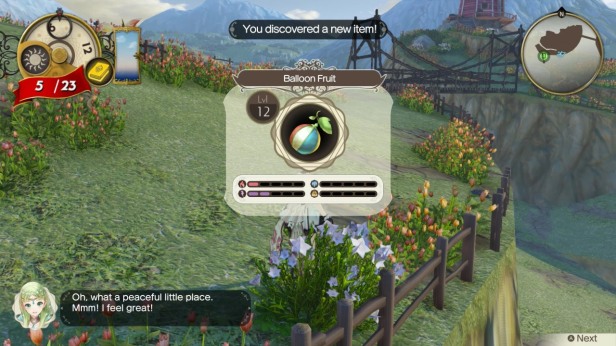 Laughable writing. The thing with Lulua’s story is that the setup itself is fine (especially given the laid-back nature of the game), but the writing is pretty bad and only gets worse as the game goes on. It starts off with a semi-serious story full of slice-of-life fluff, perfect for the type of gameplay offered. Eventually, the story kicks in and things get a bit more serious, a bit too serious. In fact, the last couple chapters were so out there that it honestly felt like I was playing a different game entirely. I won’t go into detail there to avoid spoilers, but I will say that it just became too ridiculous for its own good. As someone that generally enjoys JRPG stories, this was a bit of a letdown.

Barebones PC port. If there’s anything that Koei Tecmo is good at, it is constantly delivering the most barebones PC ports. Their games may run well for the most part, but they are usually lacking on the feature side of things and Lulua is no exception. I was able to get through the entire game without any crashes, bugs, frame drops, etc., which is definitely something worth praising on its own. However, when it comes to settings, the game offers just three: window or fullscreen, resolution, and remappable keyboard controls. There’s no borderless option, no remappable controller buttons, no button prompts outside of the default Xbox ones, and none of the graphical settings that we should expect from a modern PC port.

In fact, when I toggled fullscreen off, the game wouldn’t even let me select 1080p so that I can force a borderless window. That’s pretty bad on its own, but it is nowhere near as bad as the mouse and keyboard controls. I say mouse and keyboard, but the game really only uses the keyboard. There are absolutely no mouse controls and you cannot even select the mouse when remapping. Yes, that means you’re forced to use the keyboard for the camera, which just feels awkward. While I have no complaints on the performance side of things, the port definitely could have used some more work elsewhere. As it stands, I would definitely recommend playing through the game with a controller.

Lack of animation and cutscene skipping. For all of the nice quality of life features the game has, it is unfortunately lacking in two major areas. That being the ability to skip battle animations and the ability to skip cutscenes. As it stands, you are forced to sit through every cutscene you run into and every single battle animation, even the really long ones used by super moves. In fact, this was part of the reason why it took me almost thirty minutes to kill one of game’s last few bosses. It’s definitely not the biggest issue, but it just seems odd given how well the game does elsewhere with its quality of life features.

Atelier Lulua offers up a pretty nice laid-back JRPG experience. The crafting system is fun, the combat is satisfying, and the series continues its trend of great character designs and good music. However, it does have some rather lackluster writing, especially so towards the end. The PC port was also not the greatest. It runs well, but lacks several of the features expected from a modern-day PC port. Despite this, I was pretty satisfied with the experience, especially so as my first game in the series. I look forward to checking out past entries and hope to see more from this series on PC in the future.

You can buy Atelier Lulua ~The Scion of Arland~ on Steam here.