As a big fan of film noir, I was really looking forward to checking out Dollhouse, a horror game directly inspired by that style. While the game does have some interesting mechanics to it, it is unfortunately brought down by its repetitive gameplay, wasted thematic potential, and many bugs.

Note: This is a review of the singleplayer portion of the game only. I was unable to play multiplayer before the game’s official release.

Interesting horror mechanics. For a horror game, Dollhouse brings some pretty cool mechanics to the table, a couple of which I haven’t seen in the genre before. The first requires a bit of background. In order to complete each level, you need to locate memory reels scattered about, all while avoiding a spooky big bad chasing you around. However, the game allows you to see through this enemy’s eyes at any given time, giving you both its location and any nearby items (including the necessary memory reels). The catch is that, when viewing through its eyes, it is drawn closer to you. It’s a cool risk-reward mechanic that definitely made the experience more interesting.

Aside from that, there’s also the disappearing and reappearing walls that are affected by the player’s flashlight, the puzzles that are deceptively simple, and the dolls that only move when you’re not looking (a classic in the genre). While these mechanics were pretty cool on their own, the overall gameplay was unfortunately unable to match.

Repetitive gameplay. My main complaint with Dollhouse is just how repetitive the gameplay feels. The entire game takes the form of an extended fetch quest, with a certain number of memory reels needed in order to advance to the next level. Given the genre, this is usually fine, especially when combined with some good writing and a cool aesthetic, but Dollhouse takes it a bit too far. That is because the game simply copy-pastes this gameplay across a bunch of different levels. The scenery may change and a new trap or enemy may be introduced, but other than that, you’re doing the exact same thing you just did in the previous level. It loses its appeal very early on as a result and just grew boring to play. For a game that has been in development for so long, this just feels lazy.

Wasted thematic potential. Given that the gameplay is repetitive, I had at least hoped that the game’s noir theme and storyline could carry it. Unfortunately, I was let down there as well. While the storyline itself is fine, it really felt like the game took the noir theme just for the sake of having one instead of actually using it to its advantage.

Take for example the game’s “movie clip” mechanic. The memory reels that you gather while playing provide you with clips to use in a movie editing sequence at the end of each level. This movie will then go on to critics who will review it and give you experience points based on if it met their standards or not. However, there really isn’t that much of a reason to play around with this mechanic. With minimal effort, you can reach every critic demand and earn just as much XP as you would if you actually spent the time to build a coherent movie.

It just felt like wasted potential, especially considering that about a fourth of the game’s disk usage is made up of these clips. There was obviously a lot of effort put into gathering and editing them, so it was a shame to see such a feature put to waste like this.

Game-breaking bugs. On top of its gameplay issues, Dollhouse also has quite a few bugs, a few of which actually broke the game for me. During one of the game’s last couple chapters, I ran into a game-breaking bug that prevented me from progressing. To be specific, an object that was supposed to spawn did not, preventing me from escaping a certain room. I originally had thought I messed up somewhere, but looked at playthroughs of the same area and saw that this was not the case. On top of that, the game would not let me quit out of it while in this room, forcing me to ALT+F4 and try again. However, regardless of how many times I restarted the game and played with its settings, I still ran into the same issue. As such, I had to give up on the game at that point, even though I was very close to beating it.

Aside from that specific bug, I also ran into another game-breaking bug with a door not opening and a bunch of other, more minor ones. Again, for a game that’s been in development for so long, this was very disappointing to see. 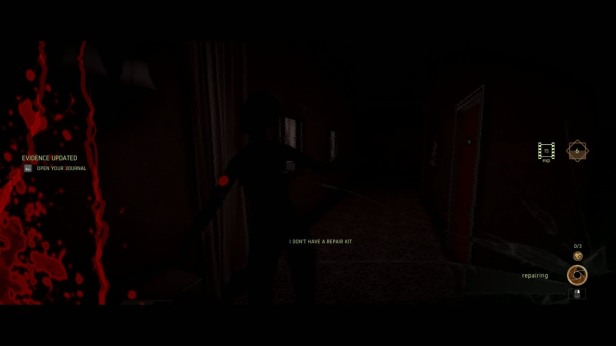 While Dollhouse does have some cool mechanics, it is unfortunately brought down by its very repetitive gameplay, wasted thematic potential, and game-breaking bugs. A shame really, as I quite liked the noir style that it was trying to go for. Hopefully the bugs are something that can be patched up with time, but even then, I cannot see myself recommending the game.

You can buy Dollhouse on Steam here.