Hexolgoic is a short, atmospheric puzzle game that takes a hexagonal approach to the classic Sudoku formula. The puzzles are fun and the atmosphere is excellent, but the game does suffer from its short length and technical issues.

Cool gameplay mechanics. Hexologic does not simply alter the Sudoku formula with hexagons though, it also introduces a number of interesting gameplay mechanics to shake it up a bit. For example, about halfway through the game, linked hexagons are introduced. Whenever one of these hexagons is edited, any other hexagon sharing the same color also takes the same number. This mechanic is actually quite helpful in solving some puzzles, as it limits the number of possible choices, but can add another layer of difficulty for some of the later puzzles.

Relaxing atmosphere. Sudoku is not something I would consider to be a stressful game, so I was glad that Hexologic embraces this wholeheartedly. Everything in the game works towards establishing a relaxing atmosphere. This includes the simplistic graphics, soothing music, and, of course, the genre itself is pretty relaxing to begin with. 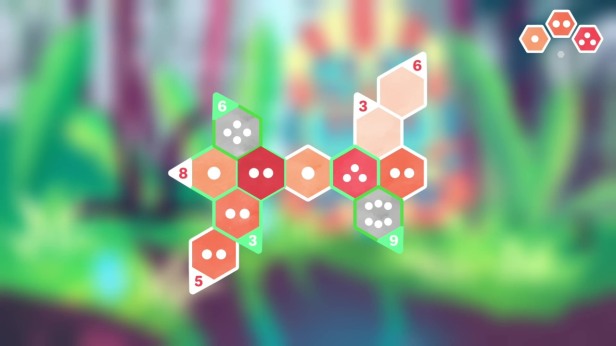 Puzzle length. The game advertises itself as having 60 puzzles (which it does, plus the special puzzles), but what it does not say is that the majority of these puzzles can be cleared in mere seconds. It took me just under 14 minutes to clear the first 30 puzzles and by the time I finished the game’s 60 base puzzles, I had only clocked in 38 minutes. This, however, does not include the special puzzles. There are 15 special puzzles and those alone took me 49 minutes to clear. I wish that the game had included more puzzles of that type, as they actually took a bit of effort to clear. Perhaps the reason why these challenging puzzles were limited to special areas in the first place is due to the game prioritizing its calming atmosphere over challenging gameplay. Depending on the player, that can be either a pro or a con.

According to the dev, the crashes I described here have been fixed. 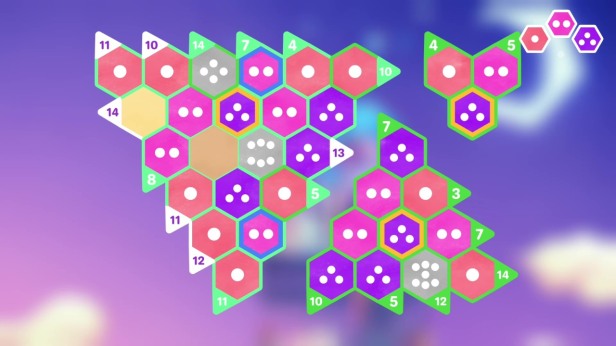 The gameplay is good and the atmosphere is indeed relaxing, but it is extremely short, with most puzzles being completed in just seconds. Including the special puzzles, the game takes just an hour and a half to clear, which can definitely be a deal-breaker for many. Even so, I do recommend the game, as it is fun during that time, but do be wary of  the amount of content included.

You can buy Hexologic on Steam here.