Ben 10 was one of my favorite cartoons back when the original series was airing. That original series was recently rebooted in 2016 and this game is a result of that. While I have not watched the reboot, I just had to play this one for nostalgia’s sake. 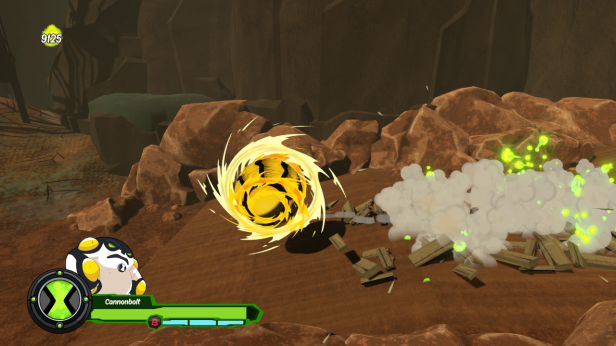 The playable characters. The game offers ten playable aliens, on top of being able to just play as Ben himself. The player is able to seamlessly transition between the different aliens, each having their own unique special attack and ultimate attack. They also each have a different manner of attacking. XLR8, for example, attacks very rapidly, but with less overall damage, whereas the opposite is true with Four Arms, who has slower, more powerful attacks. Some of the aliens even have ranged attacks, such as Grey Matter. Upgrade has a combination of the two, both physical and ranged attacks. The combo stream is even kept up when switching mid-fight, encouraging the player to use this mechanic more often.

Fun, cartoony art style. Well it should not exactly come as a surprise that a game based on a cartoon tries to maintain that same cartoony feeling, but Ben 10 did an excellent job in doing so. From the really bad jokes to the overall look of the game, everything about it just made me feel like I was in one big episode of Ben 10. It was actually quite nostalgic. 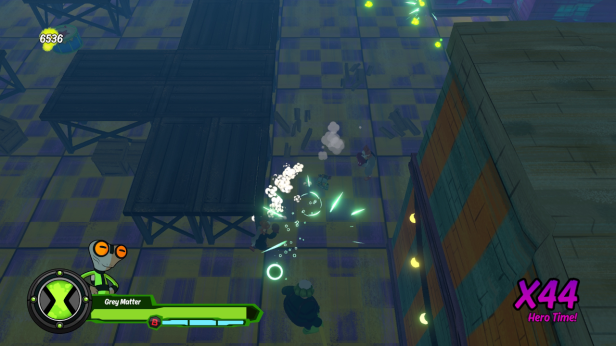 Shallow combat. The combat in this game basically boils down to using one’s basic attack until all of the enemies are defeated. The special abilities may look cool, but they are ultimately useless when compared to just how easy it is to defeat an entire group of enemies by just spamming the basic attack. I barely used any special attacks, sticking with either basic attacks or the ultimate attack, the latter of which just wipes all enemies on the screen at once, but had to be slowly charged up before using. Considering the age group this game is targeted at, the shallow combat is not all that surprising. It makes the game much more accessible. In that regard, the developers have done a great job, but not so much for the general gamer.

Lack of content. Ben 10 features six levels, which took me just over two hours to clear. Outside of those levels, there really is not a whole lot to do. One could go back and hunt down all of the sumo card collectibles, but even then, it would probably only add another hour or so. The game really just does not offer a whole lot in the replayability department. Replaying the levels is not at all exciting, considering just how shallow and repetitive the combat can be.

Some rather strange bugs. While the game may be rather well polished overall, there were still a few bugs that I ran into during my playthrough, during the last two levels specifically. The first of which was some sort of hover bug while playing XLR8 on the second-to-last level. Whenever I jumped as XLR8 I would defy gravity, floating down at an extremely slow pace, slower than the glide ability that stinkfly has. I actually used this to my advantage to fly over the platforming elements in that level, using my attack to ground pound when I wanted to stop floating. This did not happen with any of the other aliens, but it also did not negatively affect the experience at all, like the next bug did.

A little over halfway through the last level in the game, I ran into a game-breaking bug while playing as XLR8. I do not know how it was triggered, but I suddenly became invulnerable at the cost of not being able to attack any enemies. Enemies still used their attacks on me, but it had no effect, just like my attacks on them. This prevented me from progressing because each area needs to be cleared of enemies before moving on. I had to restart my game to fix this issue, which placed me at the start of the level. The game is short, so this was not as big an issue as it could have been, but it is still a bug that really needs to be addressed.

Additionally, during the last level, before I ran into that game-breaking bug, I had some sort of issue with my fps. It would slowly deteriorate from the 60 fps it should have been running at down towards 15fps. This was right before I ran into the invulnerability bug, so these two issues may be linked, as both were fixed with a simple restart of the game. 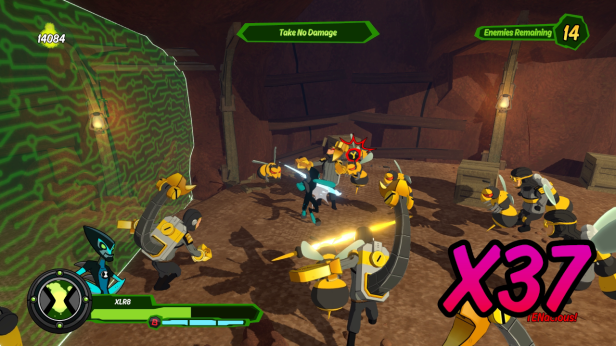 For a game based on a cartoon, Ben 10 does its job. It may have shallow combat, but that makes it very accessible for the audience it is aimed at and that audience will probably enjoy it a lot more than the average gamer. Even so, bugs and a general lack of content negatively affect both parties. I would only recommend this game if you are a fan of the show.