I went into Luftrausers with some rather low expectations, but left rather satisfied with the experience. Okay, the game isn’t really good, but it’s not that bad either. For what appears to be a flash game, it’s fairly decent.

Although the game may be packed with some awesome gameplay and interesting control scheme, I never found it “addicting” like it was made out to be. It’s fun for a little while, but best played in short sessions (maybe 5-10 minutes for me, at least).

Nice artstyle, nice music, the game has all the basics down. Where it really excels is the ease of the controls. The actual controlling of the plane is ridiculous, in a good way that is. You’re able to turn and max out on speed in the nick of time, very helpful for such a game, especially when outrunning and gunning enemies. 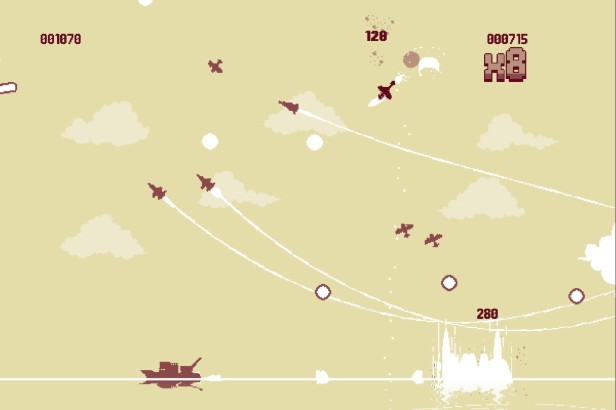 The gameplay is solid, as are the graphics and music. It’s not as addicting as it was made out to be, but it’s not a bad title and is definitely worth the play.