Reaper – Tale of a Pale Swordsman may not be a good game, but it is a good port.

The port itself is solid. The controls, graphics, etc. Everything was very well polished for the PC release, which was quite the surprise. Normally, I’d expect some lackluster port made in a couple hours, but the devs over at Hexage did a fantastic job with the port.

This is, however, completely ruined by the game itself, which gets incredibly boring in a very short amount of time. The gameplay itself is just a repetitive mess, consisting only of navigating a world map and ending up in combat somehow (both random and quest-related). The combat gets repetitive quickly and I have no idea how I managed to last this long with it, but I pushed on. 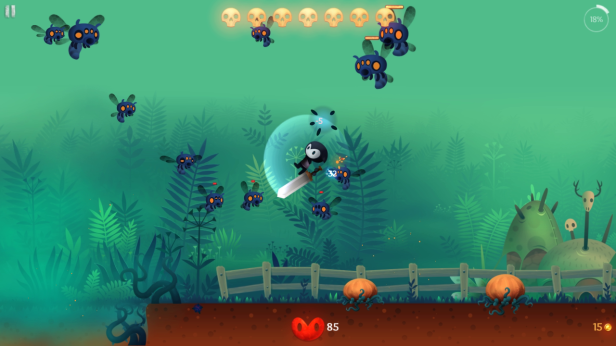 Probably due to the game being a mobile title originally, the controls simply consist of you standing next to an enemy to attack them. Your attacks are all automated, aside from two specials attacks (quick and strong). There’s also an aerial attack, which is helpful for clearing out swarms of flying enemies. The controls themselves are okay, nothing to really complain about, but the fact that this is all that the game consists of is rather saddening. Some variety would have been appreciated.

I didn’t pay attention to the story either. I tried to near the beginning, but it’s just your average cliche tale, nothing to get your hopes up for. In fact, the game could probably due without the story and just let the player roam around the various locations, facing off in several random encounters scattered across the map along the way (which were very annoying, from a game like this). 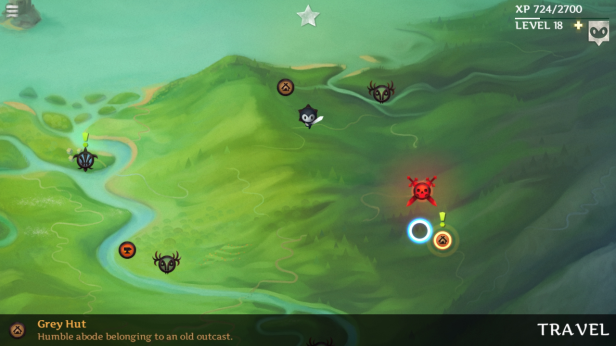 The game’s art deserves credit. It’s fantastic, as is the port itself. It’s a shame that it had to be put to waste on such a title. Maybe the game should have remained as a mobile exclusive, it would’ve been much better off. If you manage to beat the game, you have my utmost respect.