Unearthed: Trail of Ibn Battuta is an episodic action-adventure game that had its first episode recently released onto Steam in the form of the “Gold Edition”. I played through the entire game in about an hour, and, overall, it felt somewhat similar to a game from Naughty Dog’s Uncharted series. 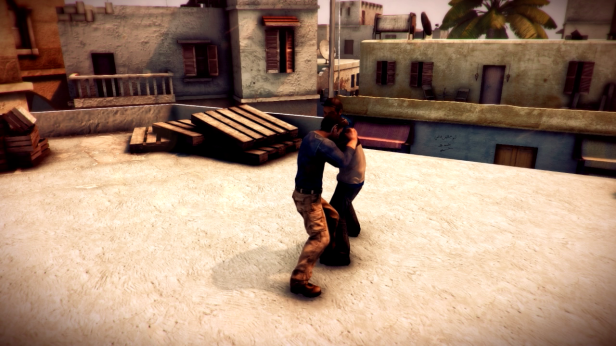 Unearthed is a relatively simple game. This is the first episode, so you won’t get to see the conclusion to the story anytime soon. There are a few puzzles in the game, most notably in the second chapter (come to think of it, that’s the only chapter with any sort of puzzle to it, the rest are combat) and they’re really easy to solve. Those few puzzles did not really add to the experience, they were simple “move this to a pressure plate to extend this bridge”-esque puzzles.

The high point of this game, at least for me, was the animation. It was hilariously overdone. The cutscenes had characters waving their arms all over the place and I couldn’t help but laugh at how ridiculous it was. This should be a negative, but hey, I haven’t seen any animations like this since Saints Row IV (*shiver*). Other than that, the music and graphics were on par, nothing too fantastic, but not bad. The story however, is really dull. I still look forward to the next few episodes though, just so I can know what happens.

If I were to recommend this game, I’d recommend it entirely for the laugh you get from the animation quality. Other than that, it’s just another episodic action-adventure game. You can follow the game’s development on Twitter, Facebook, and YouTube.